Okay, everybody!  All together:

Even though I’m the writer here, I’m not sure of the answer. Maybe we can all figure it out as we go along (much like life in general, y’know?).

Let me start at the baking-soda beginning. Yesterday morning, at cardiac rehab (where we are gathering moments of data about my very unusual heart, for various cardiac cooks and bakers), I heard and saw Danise and Carla (who work there) singing, rapping, and dancing to the words “Baking Soda.” These momentary interruptions seemed to confuse and delight all the patients there.

My first “Baking Soda” moment was when I was weighing myself, before my work-out:

At first, when I heard them, I thought Danise and Carla were saying “Bacon,” not “Baking.”

As I started exercising, it became clear that “Baking Soda” was from a song Danise had heard, moments before she came into work. 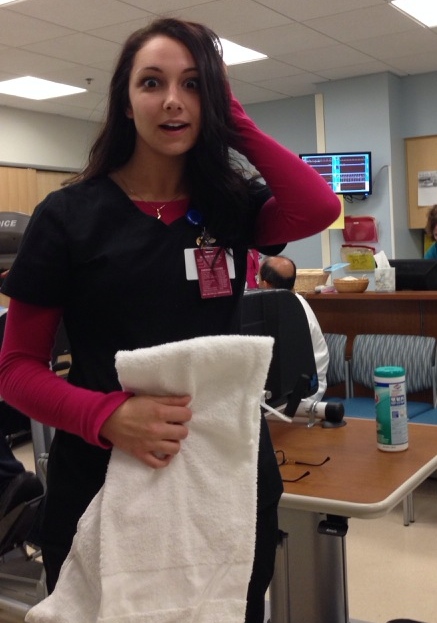 having a baking soda moment as she says, “I’m going to kill Danise for putting ‘Baking Soda’ into my head!”

As I’m looking at that baking-soda-moment photo of Carla above, I’m noticing cleaning-related products there, which remind me of my immediate associations with baking soda, as follows:

I just checked Wikipedia, to see if my remembered baking soda moments, listed directly above, were correct. They are!   Wikipedia also lists Baking Soda’s appearances in film, including this one in the Marx Brother‘s Duck Soup:

In one scene, he receives a message from the battlefield that his general is reporting a gas attack, and Groucho tells his aide, “Tell him to take a teaspoonful of bicarbonate of soda and a half a glass of water.”

Is that a Baking Soda coincidence (with my first photo above), or what? 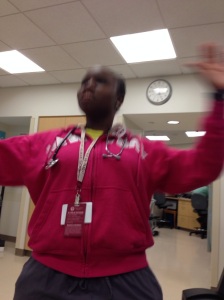 In that last photo,  Danise is remembering a past baking soda moment, when somebody threw some gefilte fish at her, when she was working at a supermarket!

Maybe that’s actually a gefilte fish moment, which I should save for a future blog post.

Now that this post is half baked, I’ll tell you that yesterday’s baking soda moments yesterday also included Danise showing me 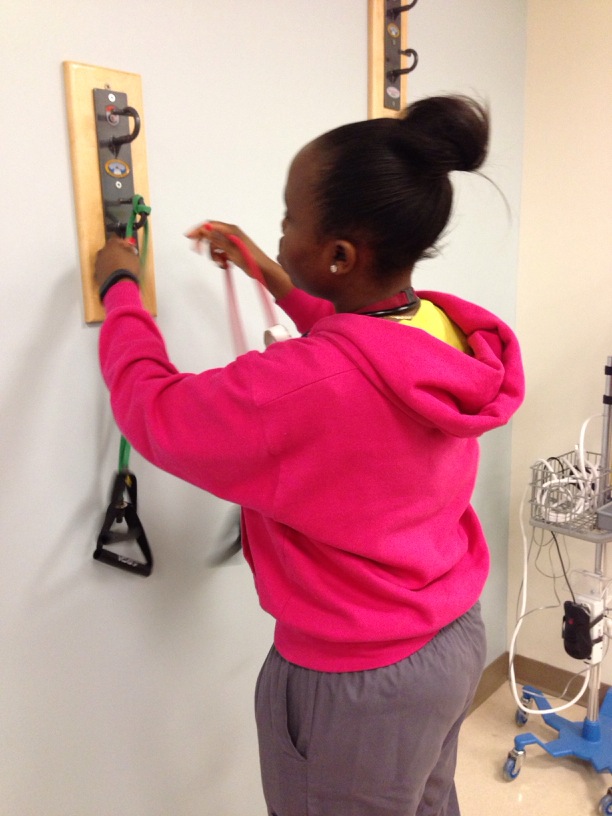 “The Bands That Make You Dance” and 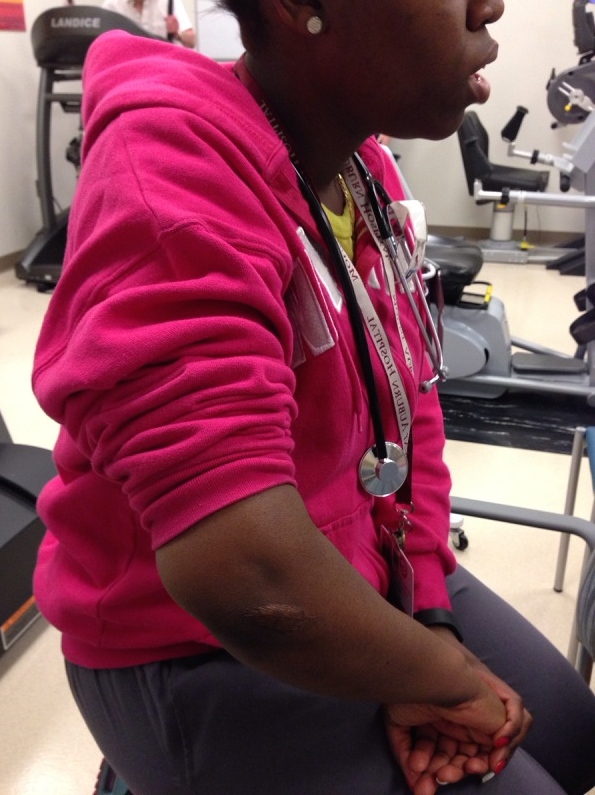 that scar she got on her arm, falling off a child’s bike when she wasn’t a child. Danise said she was so embarrassed about that ..

That reminds me to take this very baking soda moment to point out that I didn’t take very many photos yesterday.

Holy Baking Soda! That’s my iPhone, which flip flopped from my hand, hitting the ground. I think that screen could use some baking soda moments, don’t you?

Actually, I told Danise and Carla yesterday I like the way the phone looks now, because:

That’s a photo I snapped while I was cleaning up after my workout at cardiac rehab. Although I wasn’t cleaning up with baking soda, I was

One more photo, from a baking soda moment at work:

Those are two suggested home remedies — as basic as baking soda —  for the common human ailment of people giving you unwanted advice.

Yesterday, I also seized  baking soda moments to try to choose a baking soda song for this post. Then, on my walk back to my car, after work, this tune played  on my phone:

I swear, baking soda readers, when I looked at my smashed-screen phone to find out the title of that Donald Fagen song (found here on YouTube), I thought it said “The New Bread.”

Just a few more b.s. moments, with me:

Did anything in this baking soda post get a rise out of you?

Categories: inspiration, personal growth, photojournalism | Tags: "The New Breed" by Donald Fagen, Baking soda uses, being in the moment, dealing with scars, end of the year, gefilte fish as a weapon, how to respond to unwanted advice, living with cardiac issues, smashed iPhone screen | 33 Comments