I love a parade and I loved unexpectedly encountering a July 4th parade when I went out for my morning walk yesterday.

Here’s a parade of photos from that parade:

I was told that after the parade, a prize would be given for the best float. I think it’s a toss-up between “The Pandemic Ends” and “Miracle on Squantum.”

Here’s my video from the parade, which I love:

I hope you love this parade of other images from yesterday.

I can’t get enough parades of gratitude, so thanks to all who parade through this daily blog, including YOU!

Yesterday, when my son Aaron and I were in Lexington, Massachusetts, we attended a block party.  Not the usual block party, but an Artwalk Block Party, in which store windows displayed painted and decorated blocks. 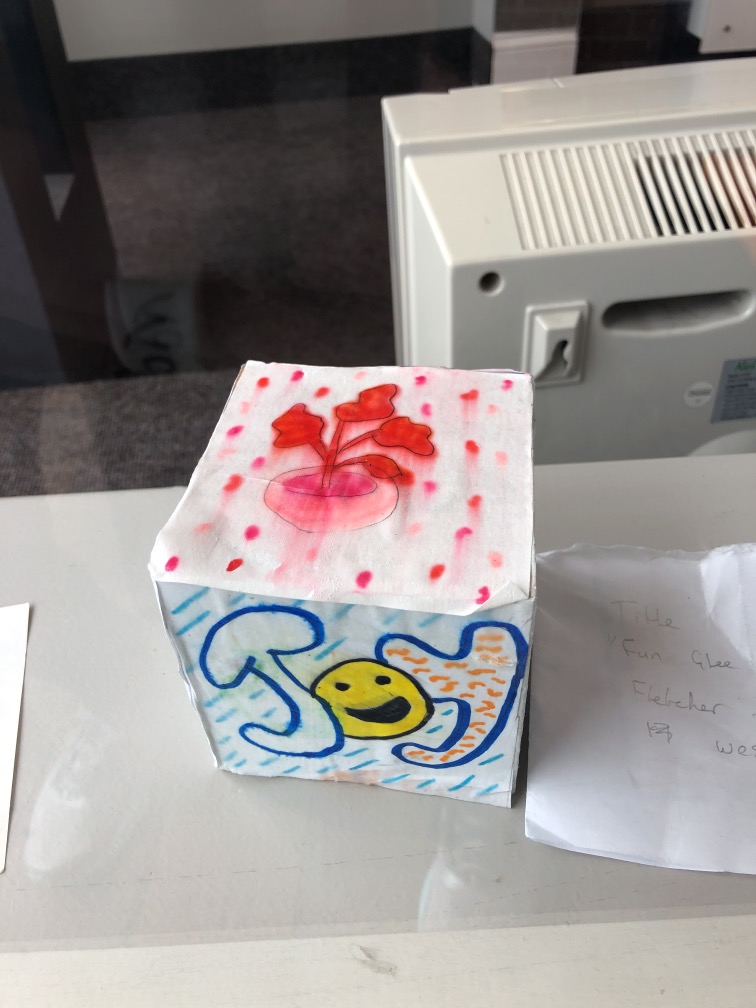 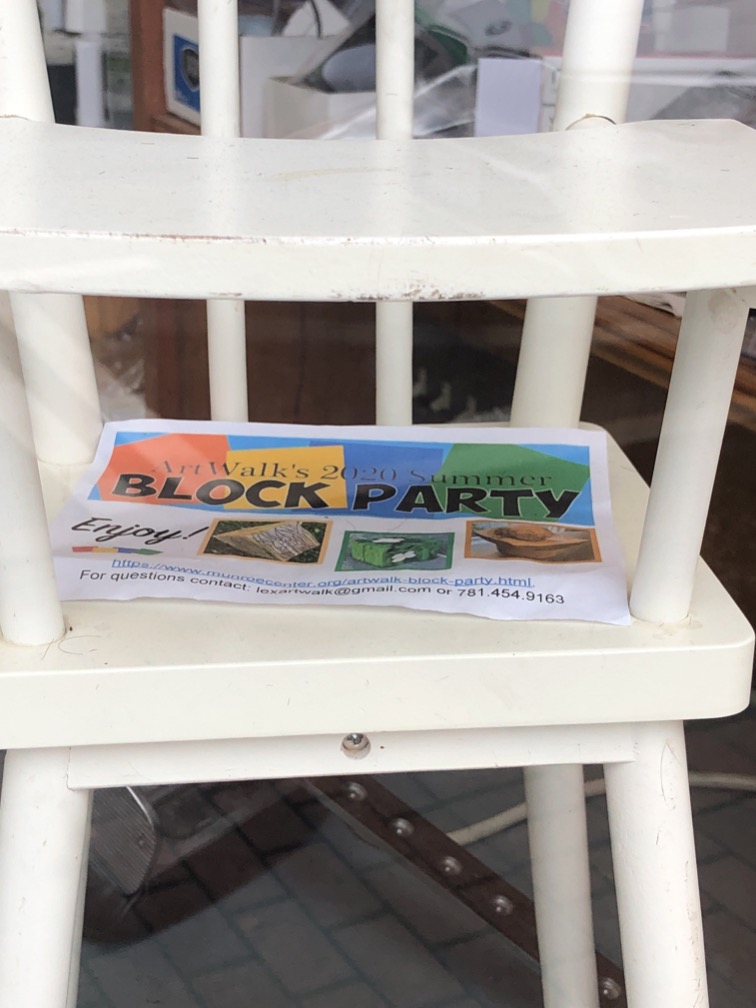 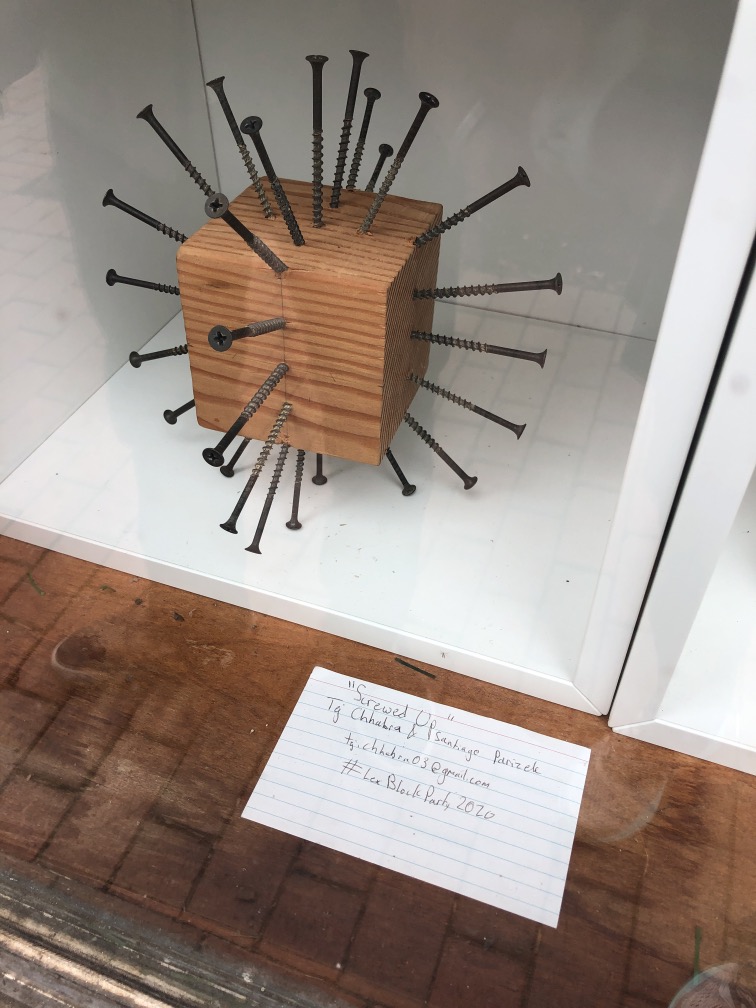 Speaking of nurturing creativity, Block Party is also a documentary film which follows comedian Dave Chappelle during the summer of 2004, ending in a block party he hosted in Brooklyn which featured musical artists including Erykah Badu, Mos Def,  Common, The Fugees, The Roots, and the Central State University Marching Band.  Here‘s Wyclef Jean asking members of the CSU marching band what they would do if they were President before he performed If I Was President”:

If any of them were President instead of our current one, I’d be celebrating with a block party.

Wanting to block our current President from getting a second term reminds me of this video from Republican Voters Against Trump:

That reminds me of my other photos from the same block in Lexington yesterday:

Aaron and I had our own socially distanced block party in Lexington yesterday, celebrating near this guy … 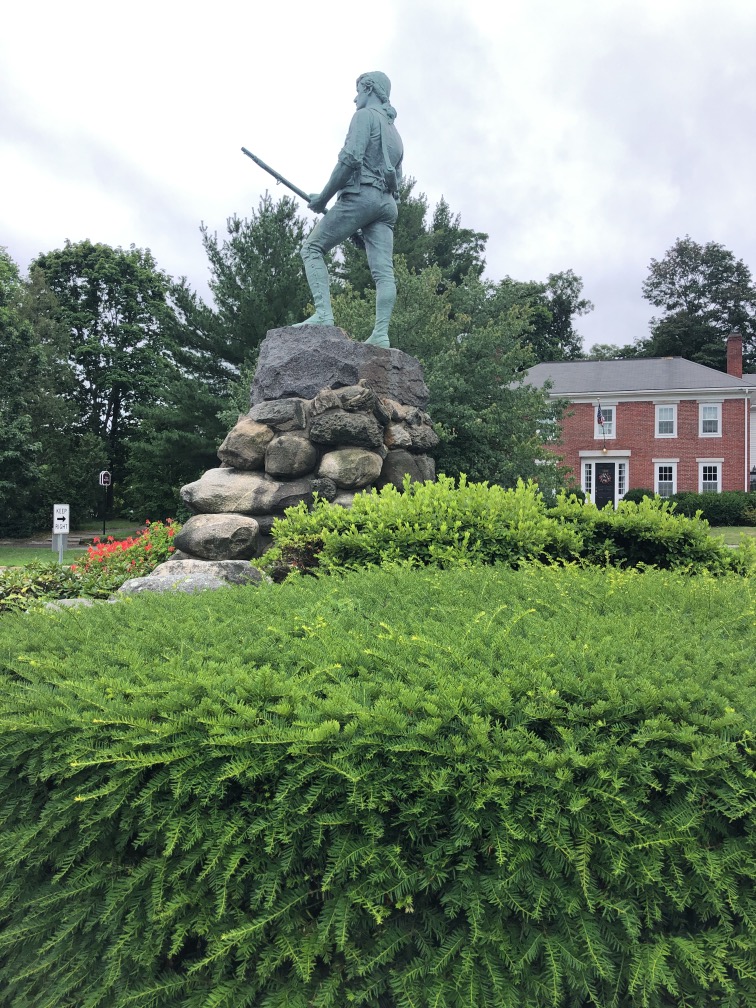 … with Cocoa Joel and Cake Batter ice cream from Rancatore’s.  I don’t have any photos of that celebration, but I do have these other photos from various blocks yesterday. 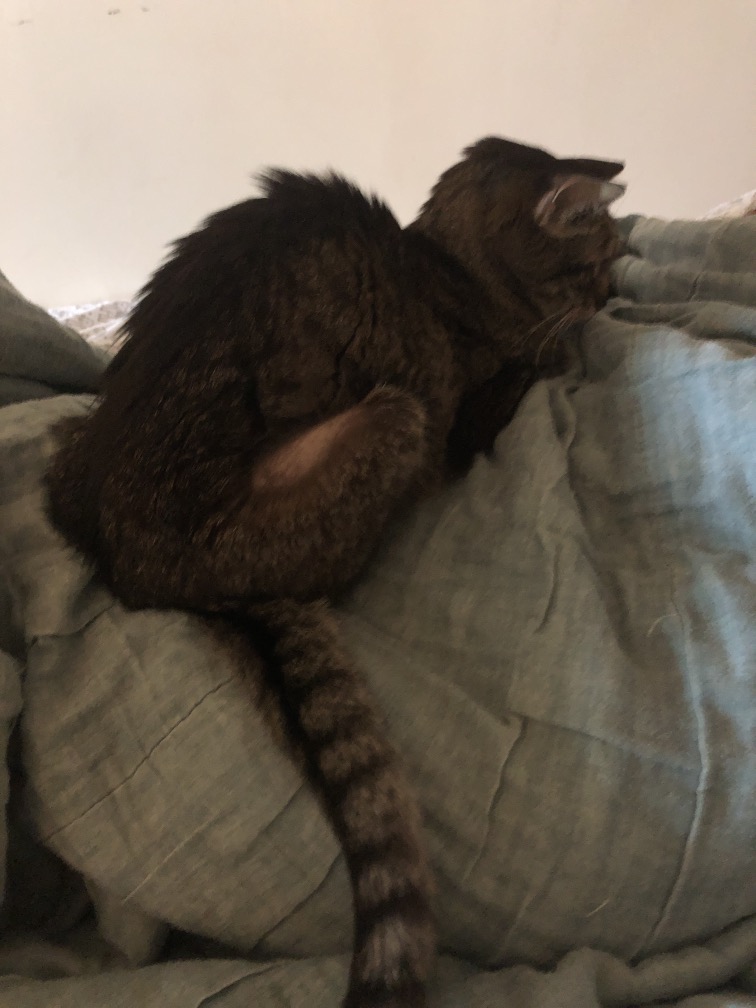 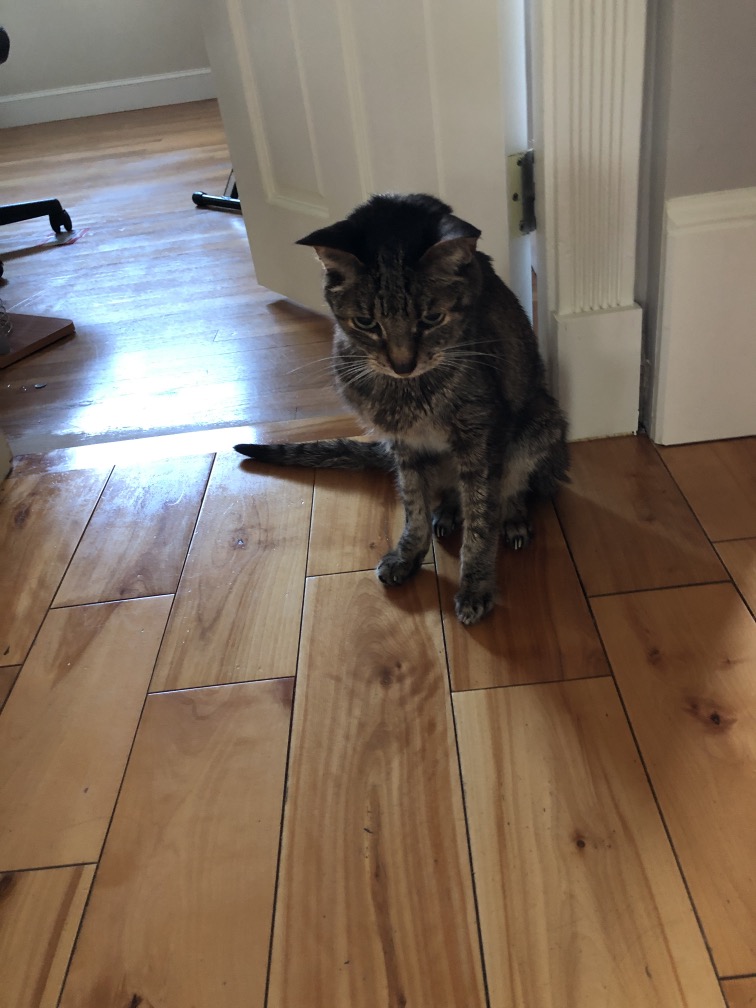 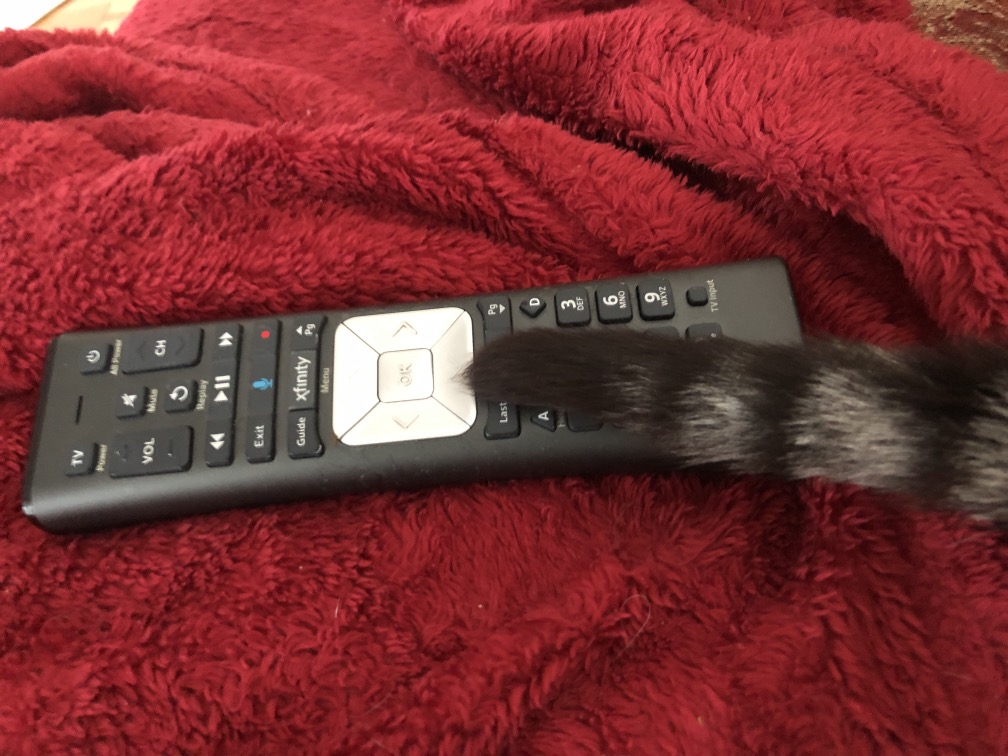 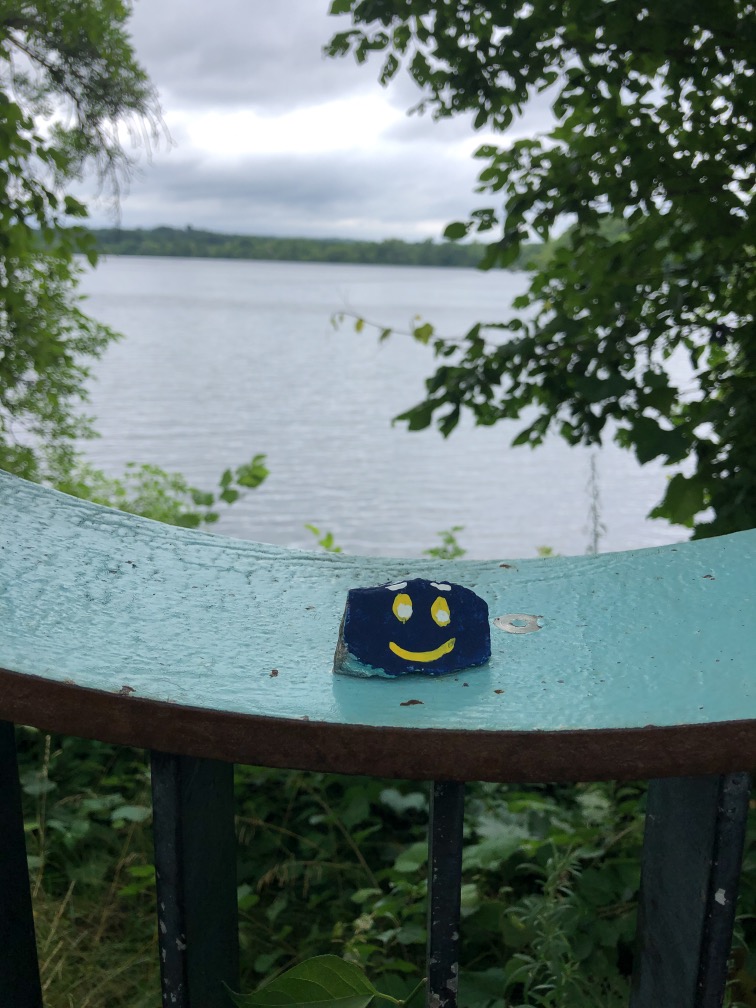 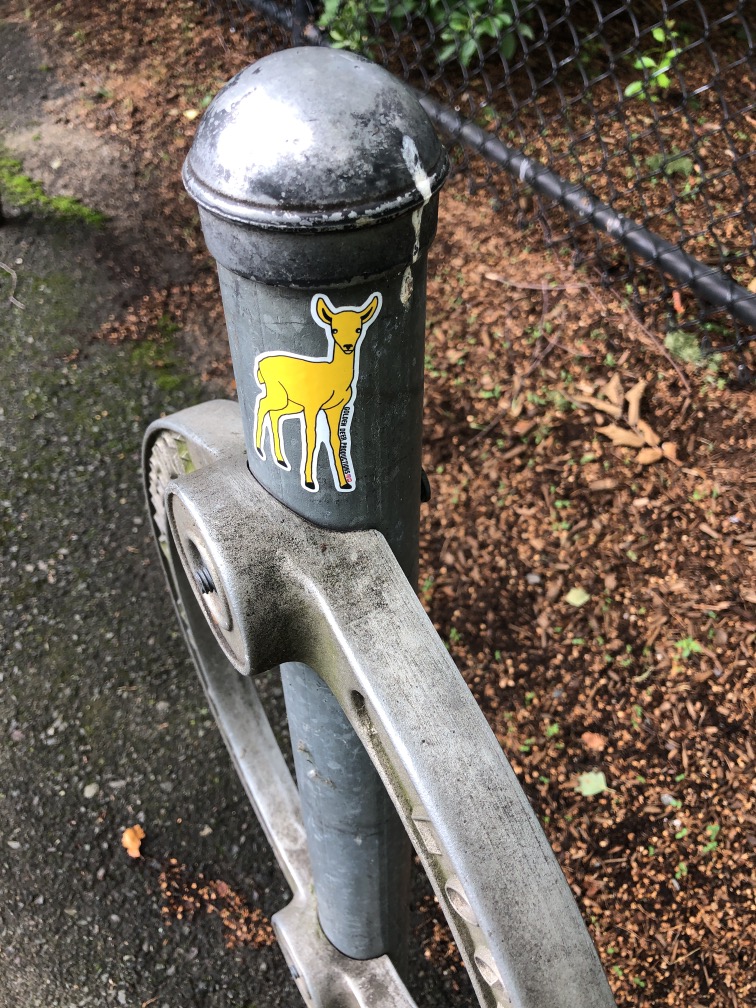 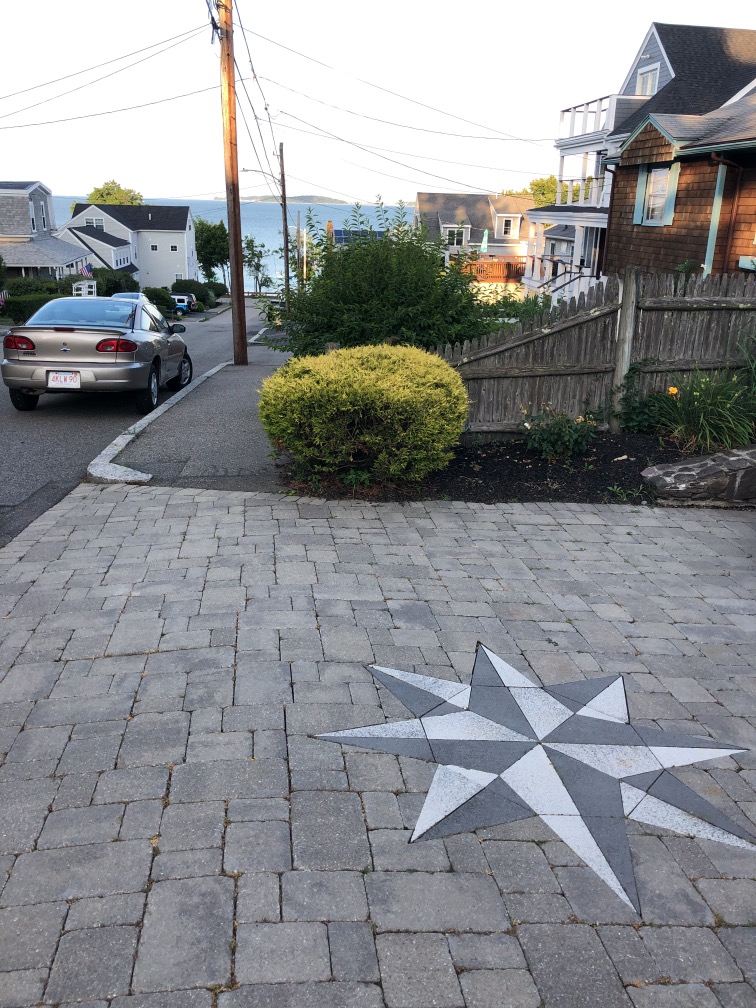 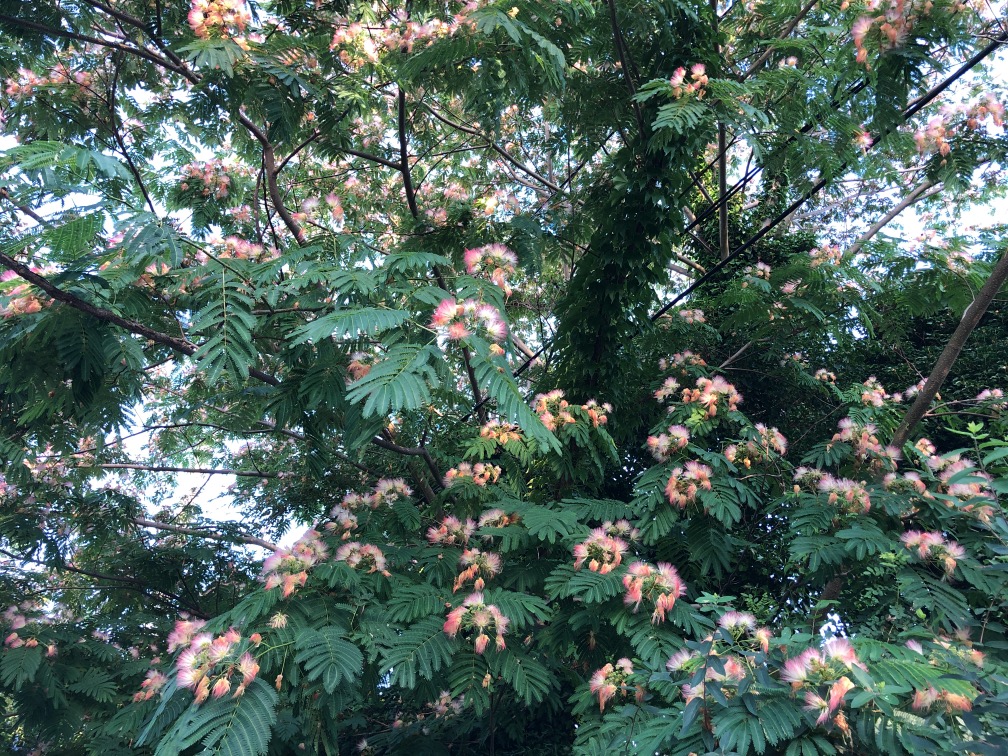 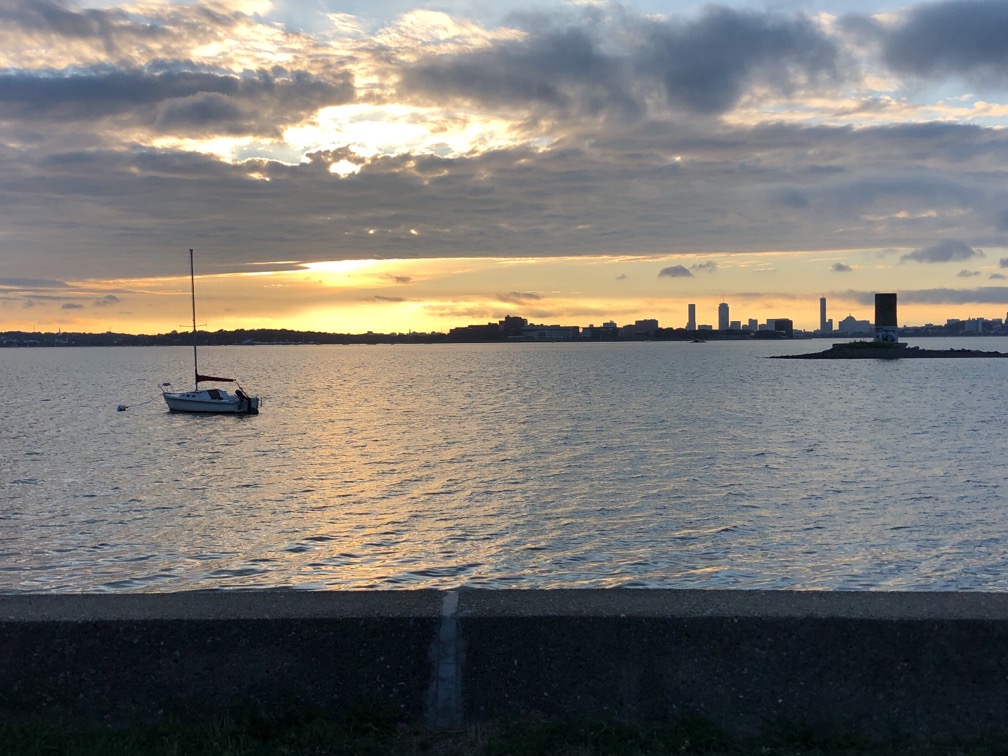 After those walks around some blocks, Michael made us fish cakes with asparagus, turnips, and carrots.

I shall now invite you all to a commenting block party, below.

As always, I end each daily blog block party with gratitude for everyone who helps me party, including YOU. 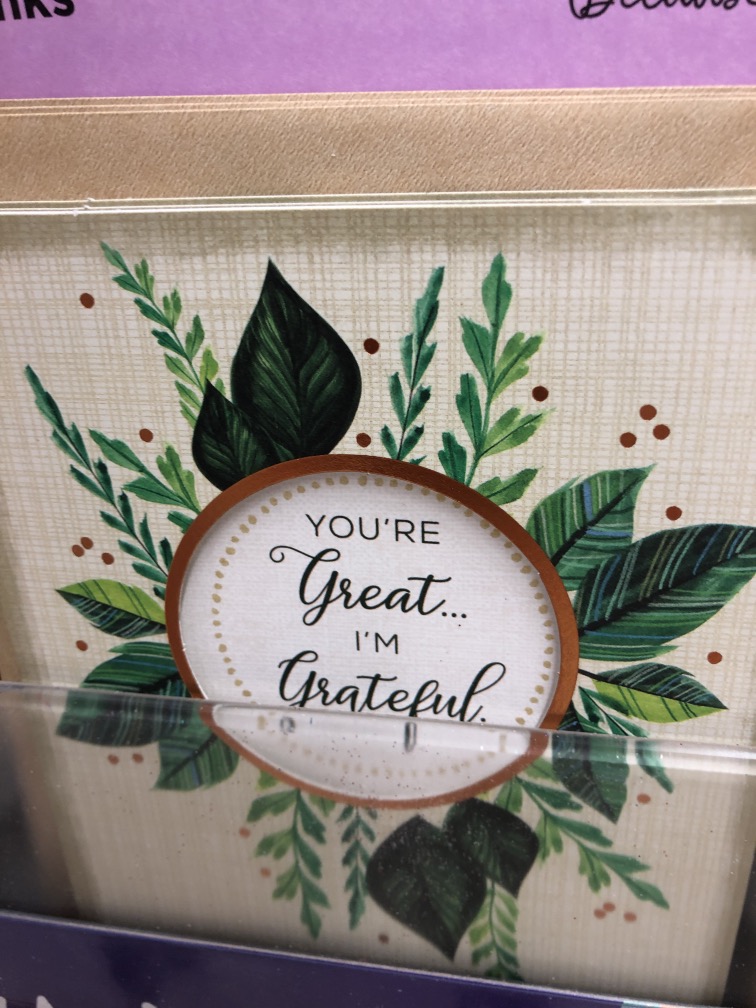 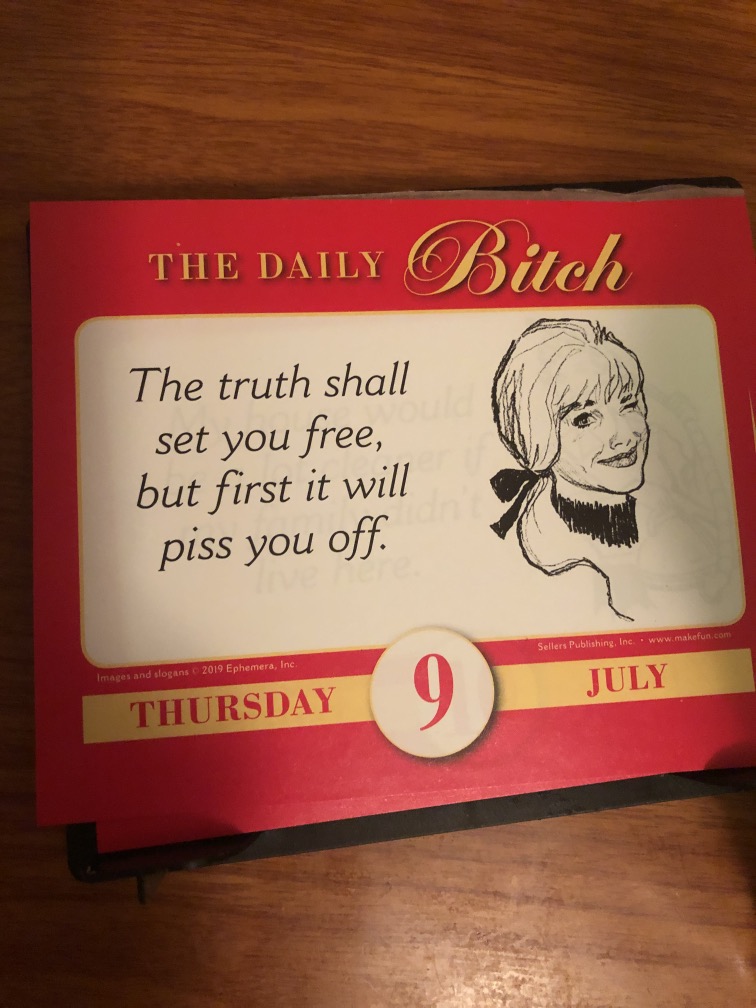 The truth is that I continue to go on walks with my husband and my son, wearing masks and maintaining social distancing. 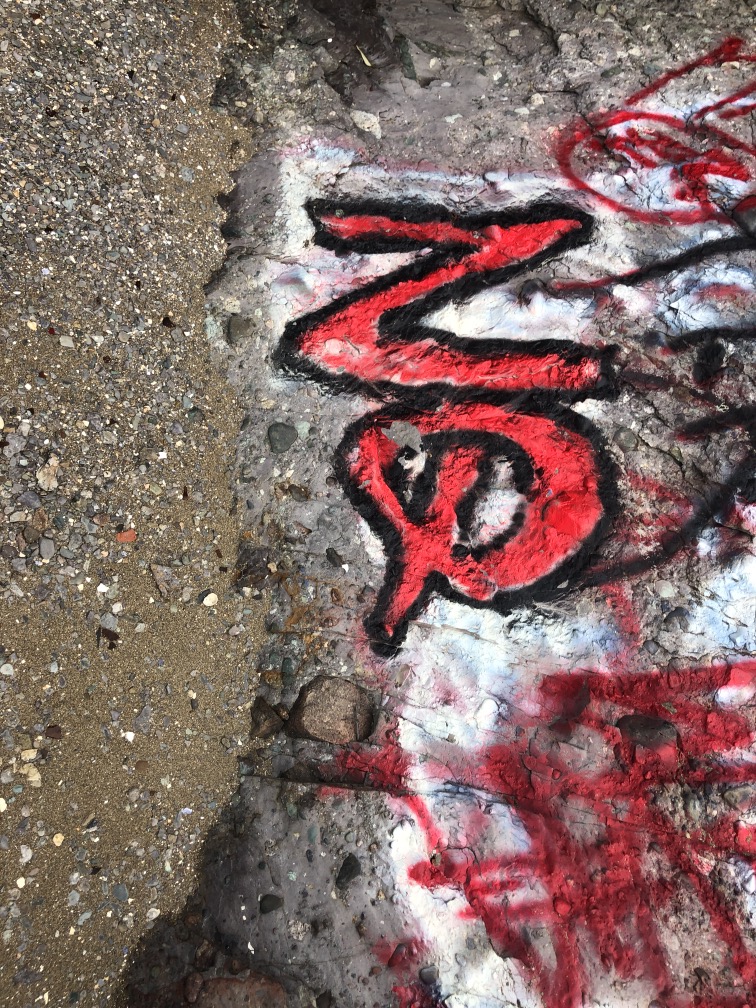 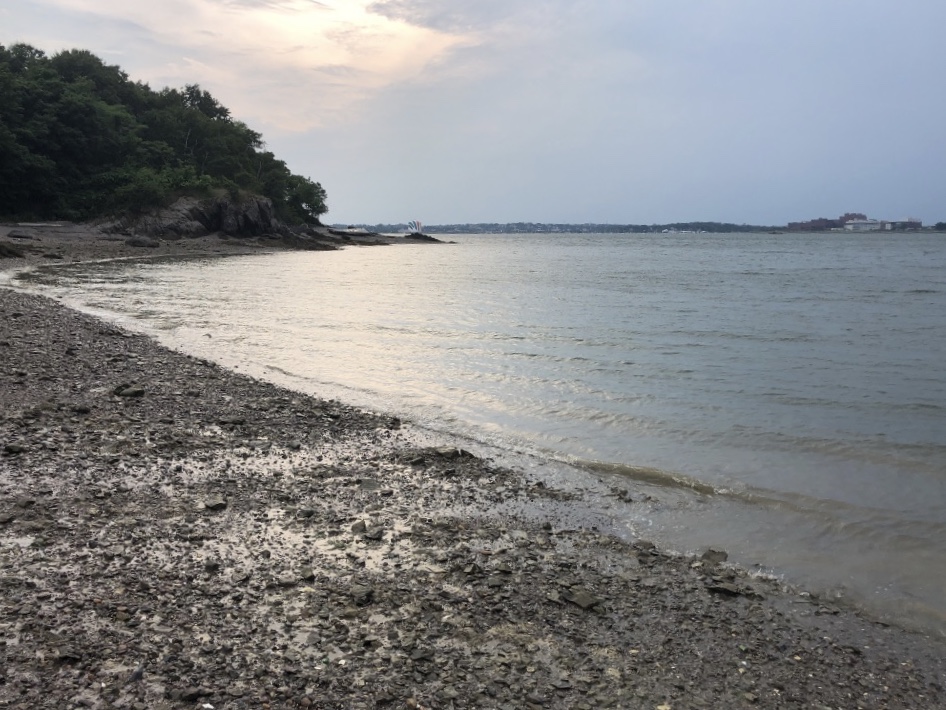 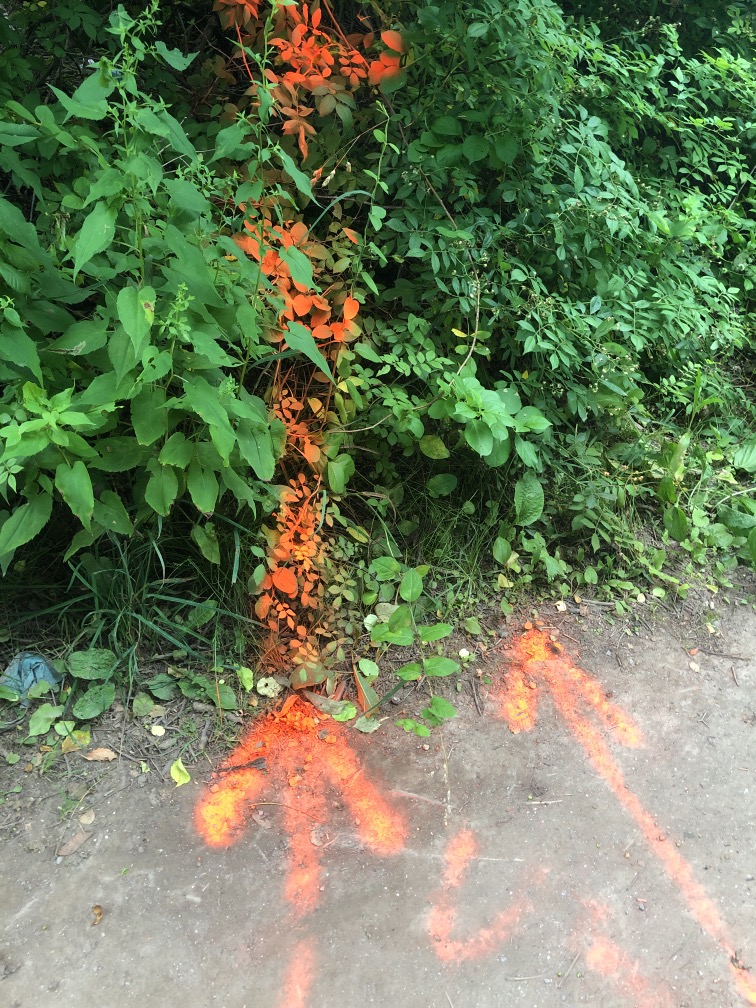 The truth is that our wonderful kitty Oscar is not going to get any better as he spends his final precious days with us. 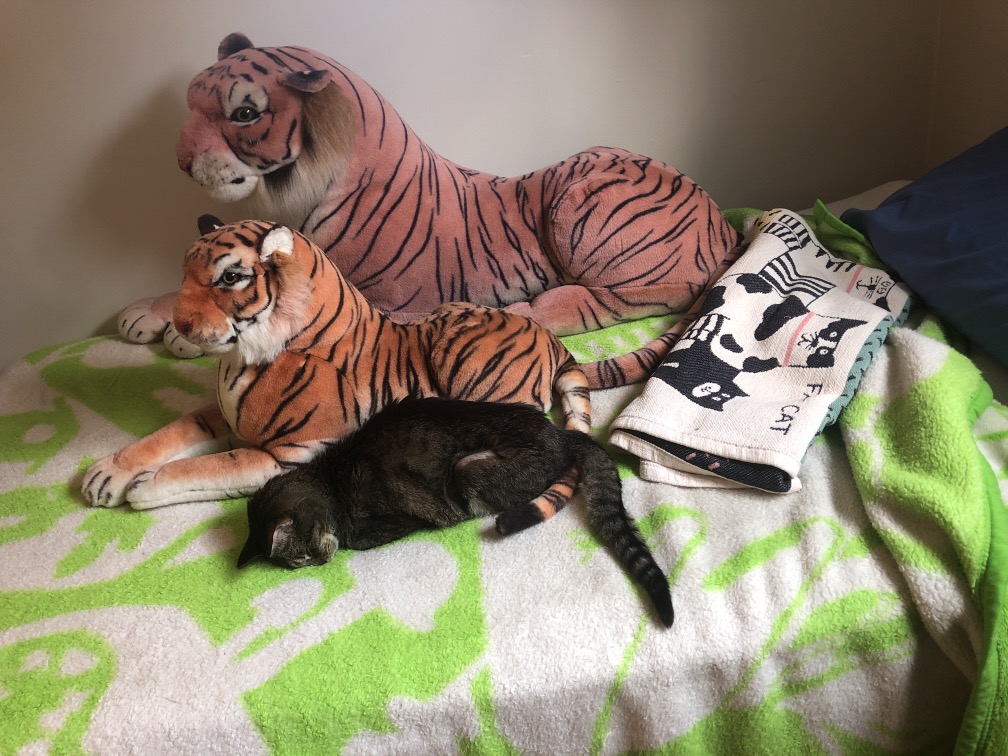 The truth is that there are heroes everywhere. 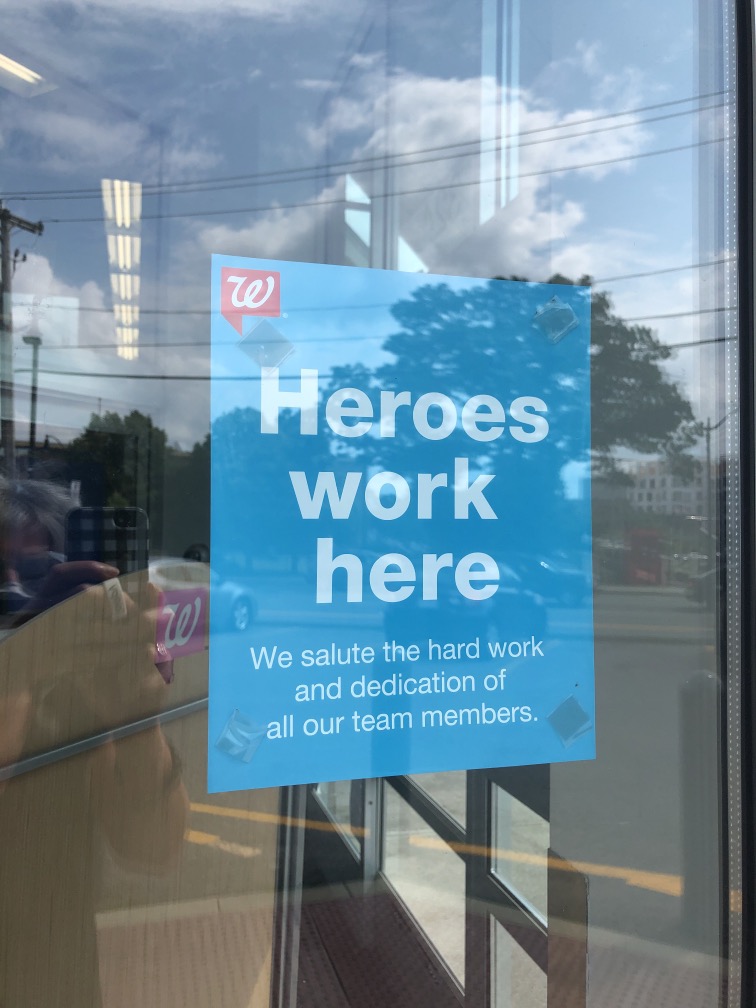 The truth is that one of my heroes is my husband Michael, who prepares wonderful meals for us.

The truth is that I also took these photos yesterday: 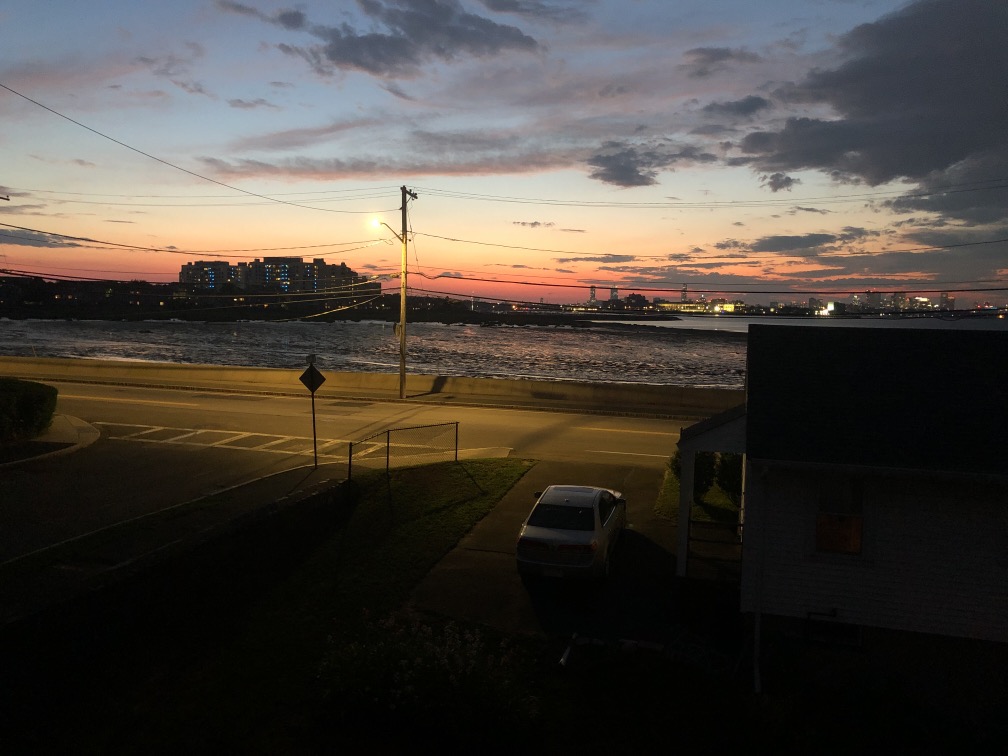 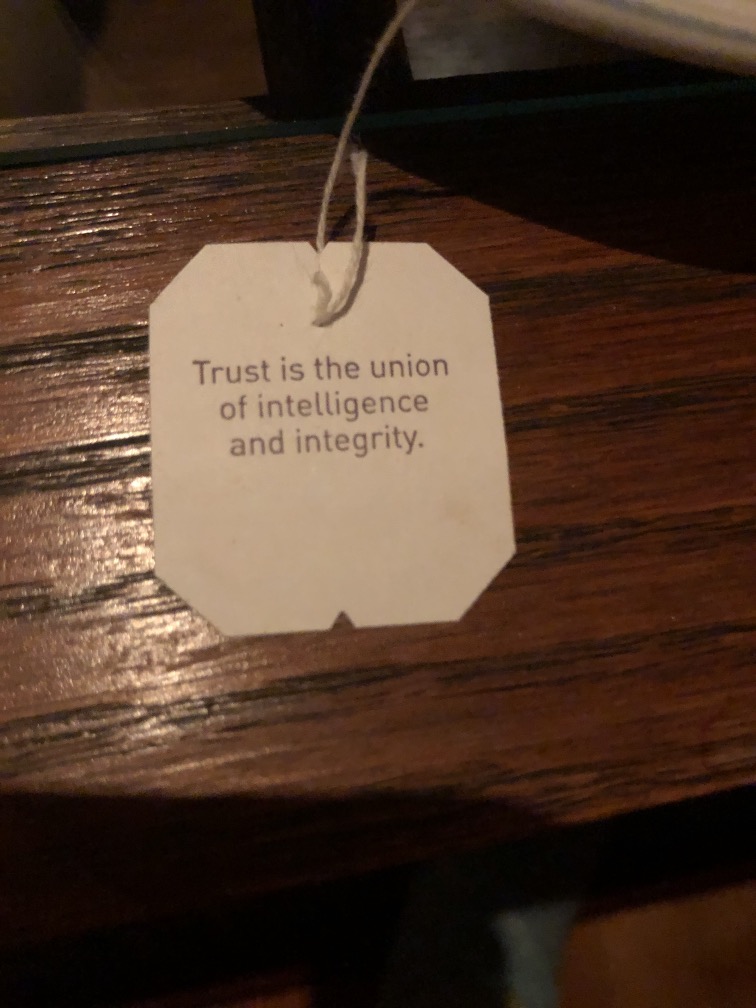 The truth is that reminds me of this 11-year-old video of my son Aaron and our cat Oscar:

The truth is that

After all these years of blogging daily, it’s very doubtful I would start a post without a relevant photo.

I’m very doubtful that any of my readers have a fortune-telling Magic 8-Ball as old as mine. My old Magic 8-Ball  responded “Very Doubtful” yesterday when I asked it a question about our upcoming move to a new home.

Big changes like a move can make people very doubtful, because of all the stress involved. Right now, I’m very doubtful about a lot of things.  Are you?

Are you very doubtful about any of my other photos from yesterday? 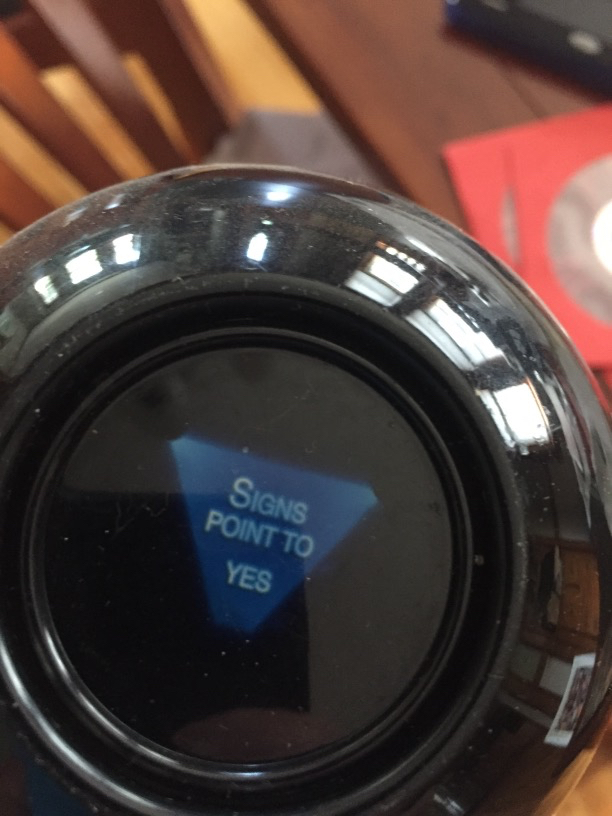 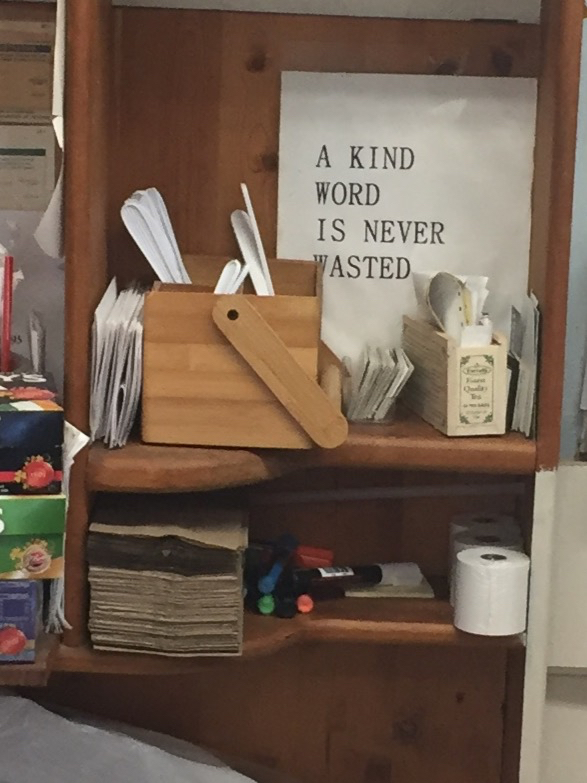 I’m very doubtful  you can see the excellent piece of halibut on the plate that Michael served last night.

I’m also very doubtful that you noticed the question “What is Fruitcake Anyway?” in one of my other photos above. Most people I know are very doubtful about fruitcake.

I’m very doubtful  I’ll get lots of comments about this post. Why?  Because it’s a holiday in the U.S. and as I expressed above

Right now, I’m very doubtful about a lot of things.  Are you?

I’m very doubtful  any other blog writer would quote herself.

or my non-doubtful thanks to all, including YOU, my guests.