Posts Tagged With: Some Good News

Since so many people are telling me that they are avoiding the news these days, I’m hoping to provide some news you can use, here and now, including these headlines: 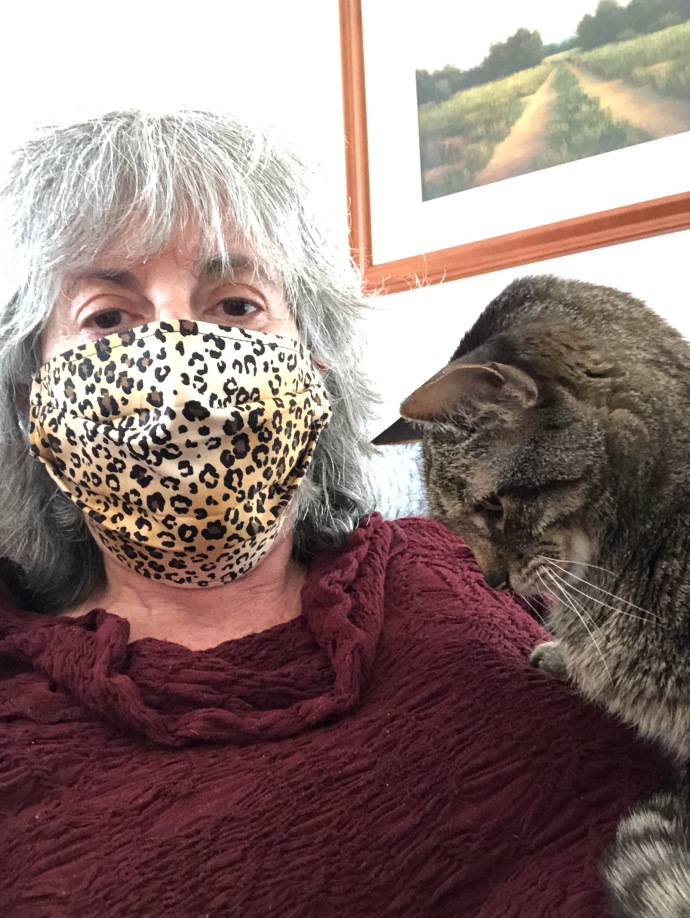 Is there any news you can use in these new photos? 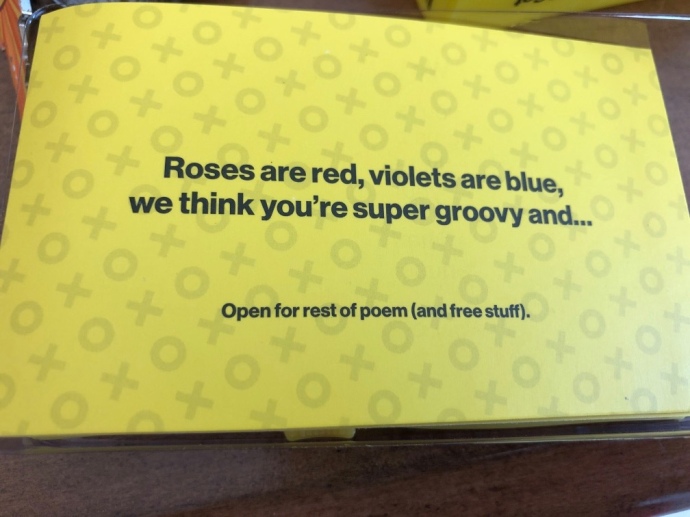 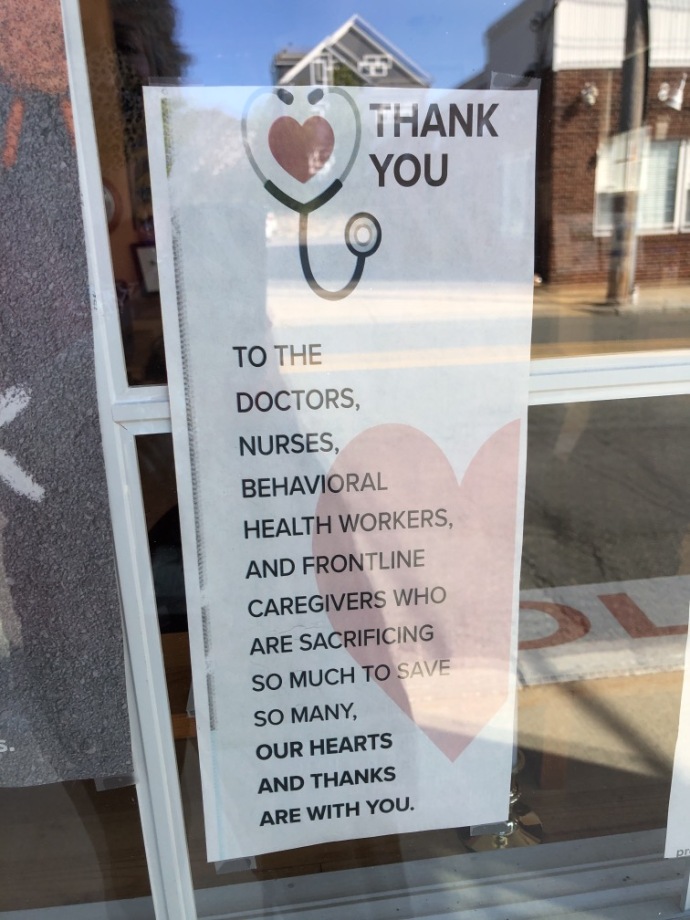 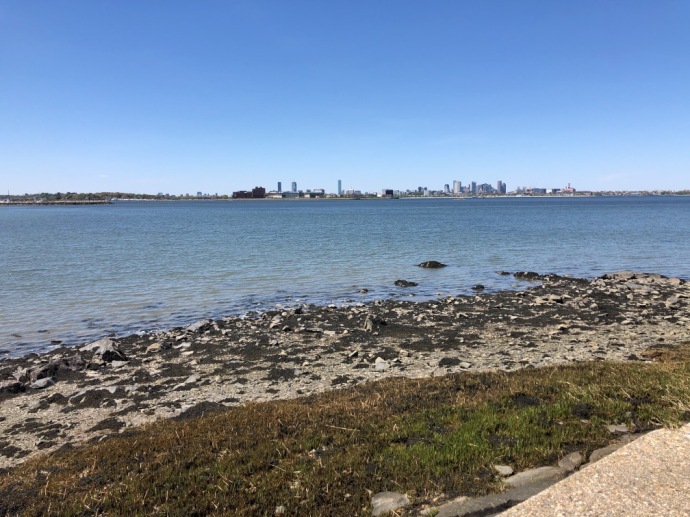 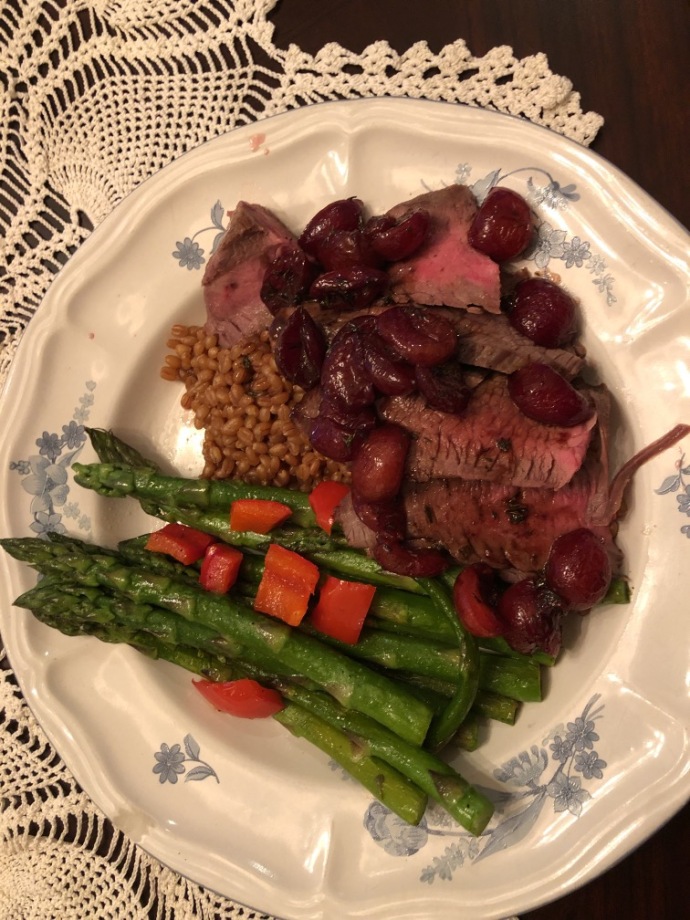 More news you can use:

This may be more news you can use. My husband Michael and I have an old private joke, where we have this exchange:

Me: Michael!  This (and I describe some thing that occurred that day) happened and guess what I did?

I cry at lots of things, including Some Good News.

We can all use gratitude, so thanks to all who help me create these daily blogs, including YOU. 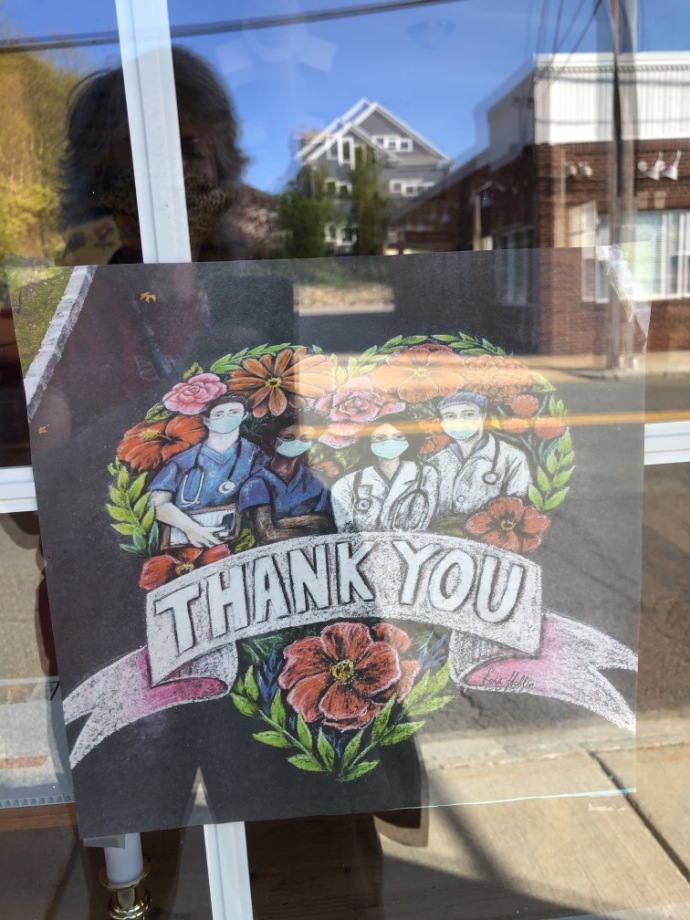 Day 2676: People are resilient until they’re not

One thing I’m thinking about this morning is the suicide of Dr. Lorna Breen, an emergency room director  in New York City.

In this article by Rhea Mahbubani and Dave Mosher about the recent suicides of Dr. Breen and John Mondello, an EMT in NYC, I noticed these quotes:

“Of my four children — well I guess now I’ve only got three — no one would’ve predicted that Lorna was having a hard time,” Dr. Philip C. Breen, her father, told Business Insider. “She would not even be on that list.”

As the pandemic has left millions under lockdown and triggered deep loss and widespread grief, medical workers and emergency responders like Mondello and Lorna Breen have faced the brunt of the crisis with grueling workloads, unprecedented stress, deep uncertainty, and a steep death count.

Medical workers are drawn to the profession to alleviate suffering and protect their patients. During the pandemic, however, the virus has in many cases robbed them of the ability to achieve either goal.

Laurie Nadel, a psychotherapist and author, characterized the coronavirus as an “equal-opportunity destroyer” that’s forcing frontline medical workers to go “mano-a-mano with mortality on a larger scale” than ever before.

There are ways to support workers in such high-pressure roles, but Dr. Shauna Springer advocates not calling them heroes. “There’s an invisible pressure that comes with that.”

“People are resilient until they’re not. And so people who are called out as resilient are often more reluctant to acknowledge human struggles and to reach out when they need help.”

For people who are resilient until they’re not (which can include all of us),  that article advocates the healing powers of listening without offering advice and also doing things to lighten each other’s loads.

Do you see evidence of people who are resilient until they’re not in the images I captured yesterday? 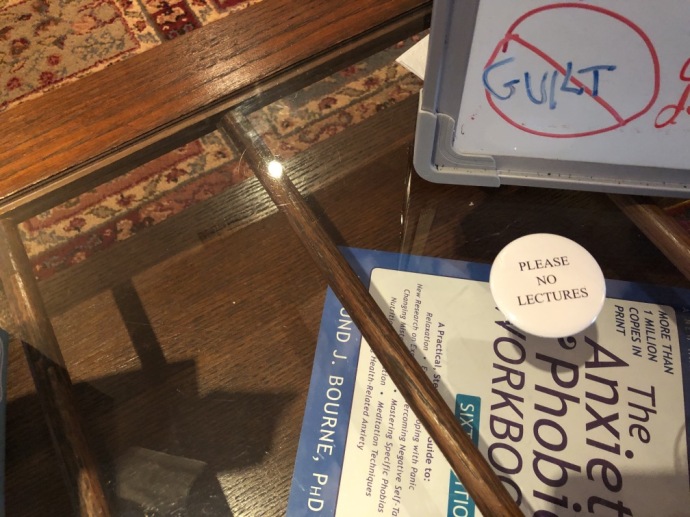 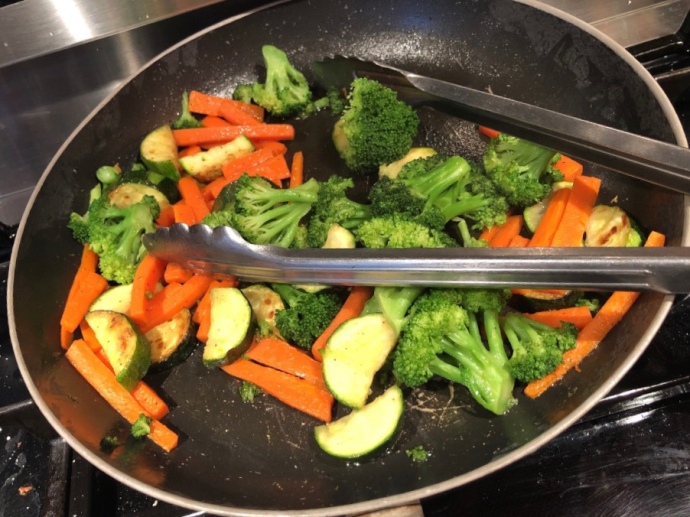 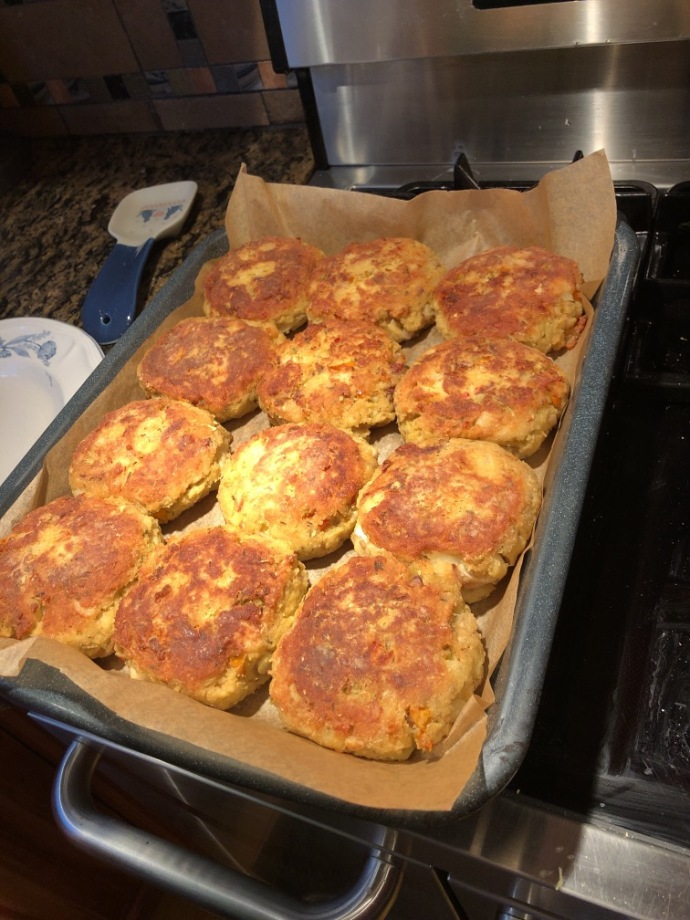 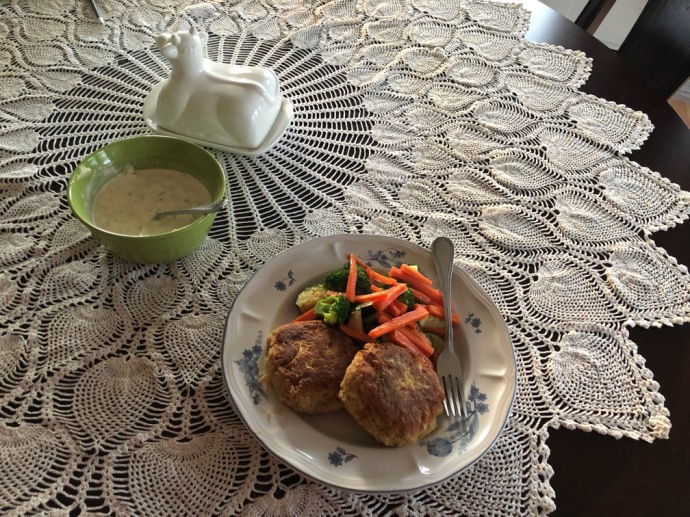 I posted that last picture of that resilient tiger on my Facebook page last night with this caption: “She’s taking crisis calls.”   I’m noticing, here and now, that it’s easier to be resilient when somebody has your back.

People are resilient until they’re not, so let’s watch the fifth installment of “Some Good News” with John Krasinski:

Resilient thanks to all who do their best helping themselves and others, including YOU. 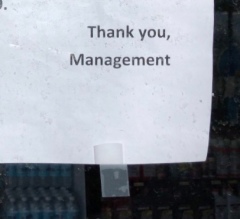 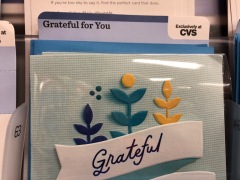 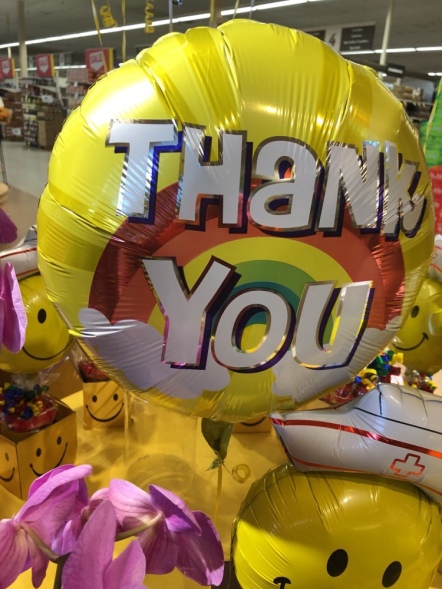 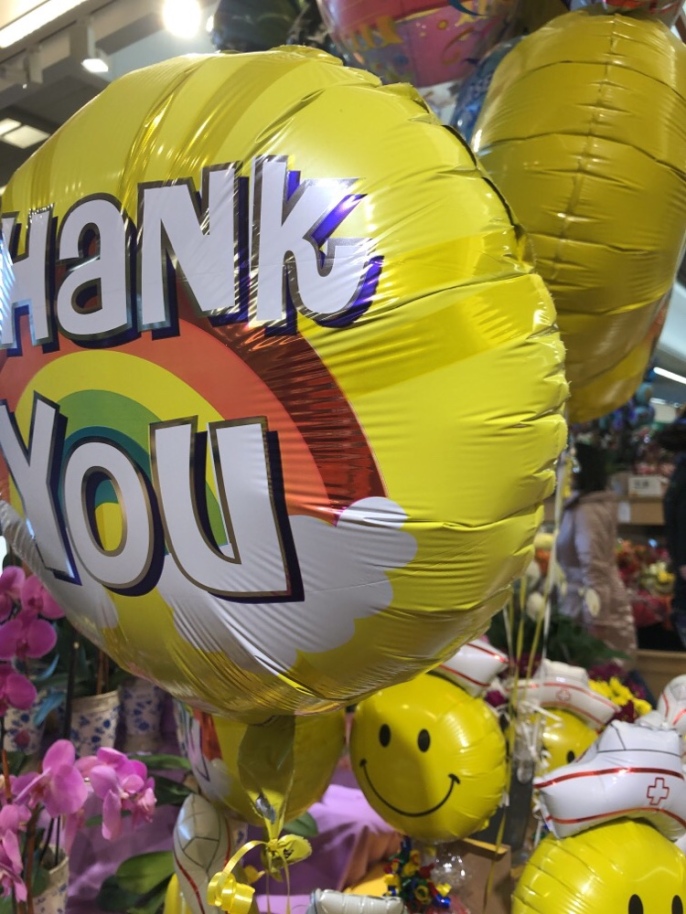 During this age of anxiety, PTSD can also stand for

Almost everyone I know has some form of PTSD, including me.

Here‘s something that’s been helping people deal with PTSD: Some Good News with John Krasinski:

I don’t know if this is a sign of PTSD, but I can’t make it through any episode of that wonderful show without crying.

Here are my latest PTSDs (Photos That Somebody Deserves): 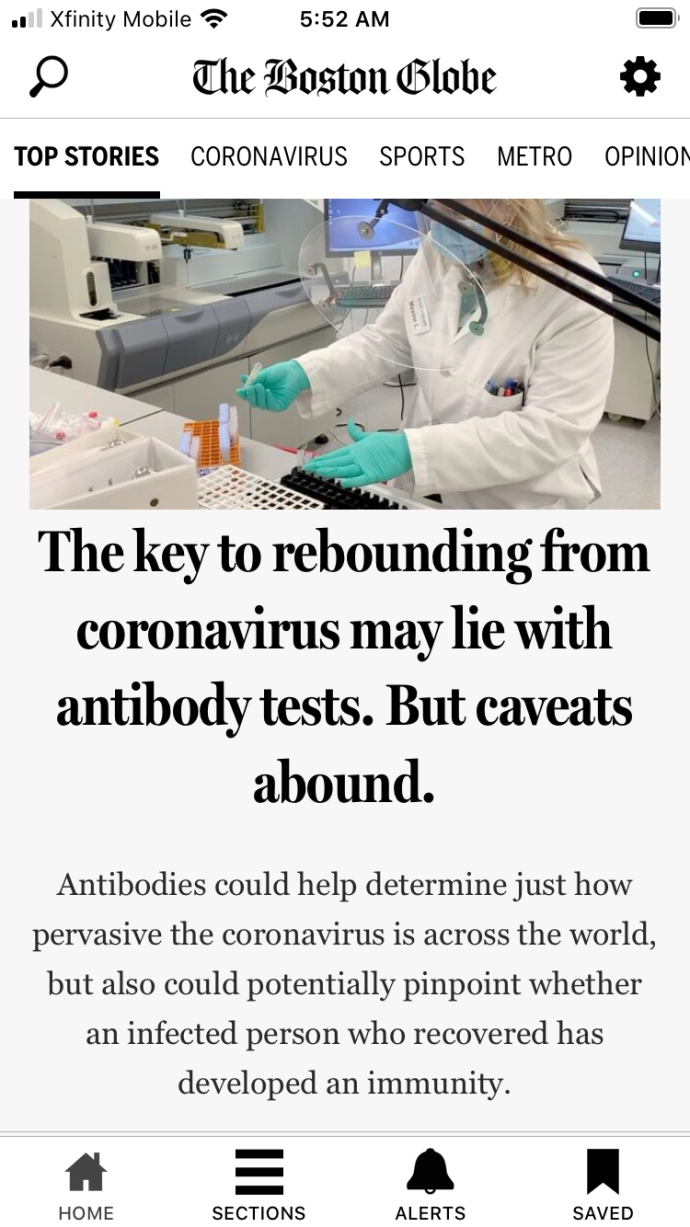 What are your thoughts and feelings about PTSD, my Perceptive, Terrific, Super, and Dear readers? 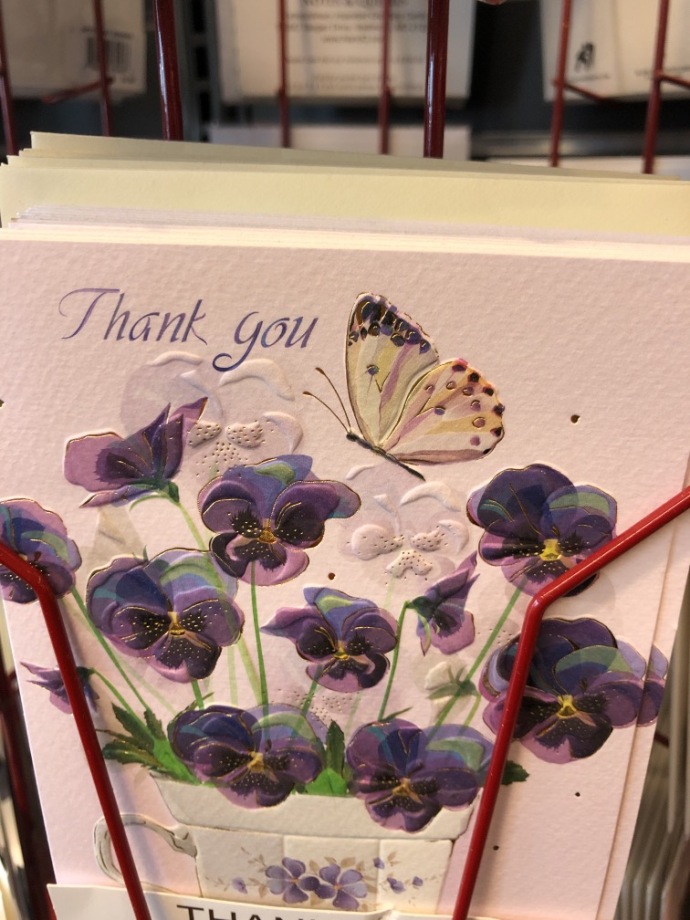 Day 2655: The coronavirus pandemic has changed our world

“The coronavirus pandemic has changed our world” — an undeniable statement — is also the first sentence in the show notes for Anna Jaworski’s latest “Heart to Heart with Anna” podcast.

If you want to hear Anna and Valerie — both wonderful mothers of children with congenital heart defects — and also your daily blogger discuss our experience of COVID-19, click on the link in the previous paragraph.

The coronavirus pandemic has changed our world. And yet, our socially distanced world still has so much beauty, as  I choose to see in my photos from yesterday. 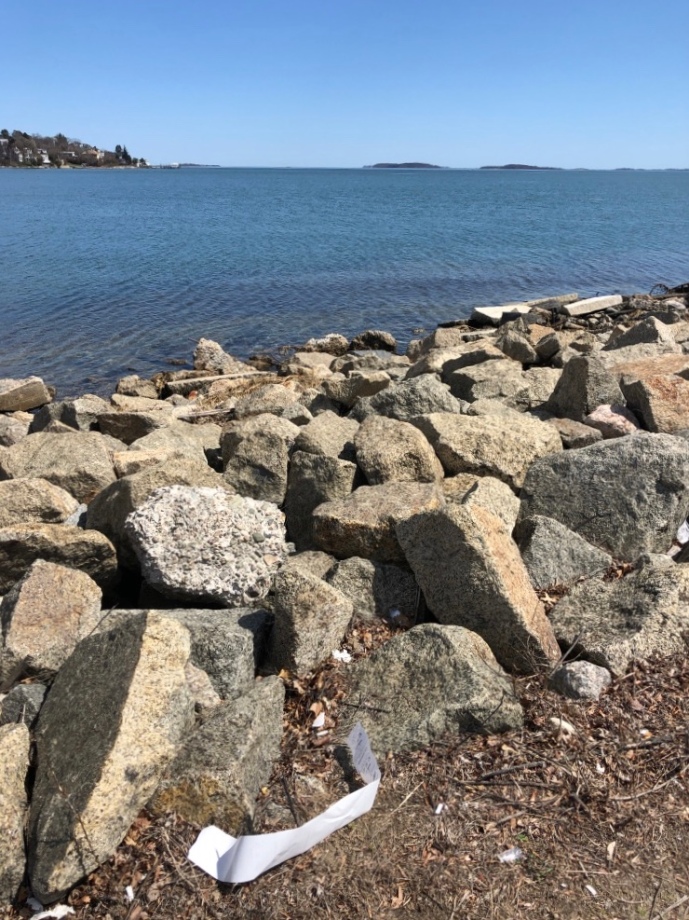 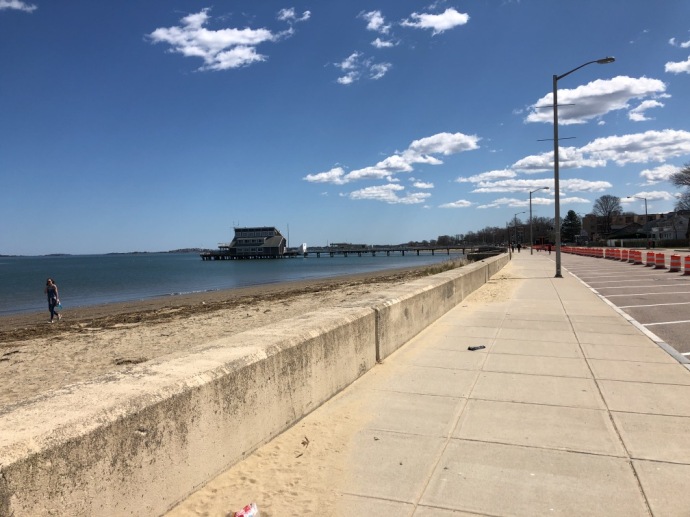 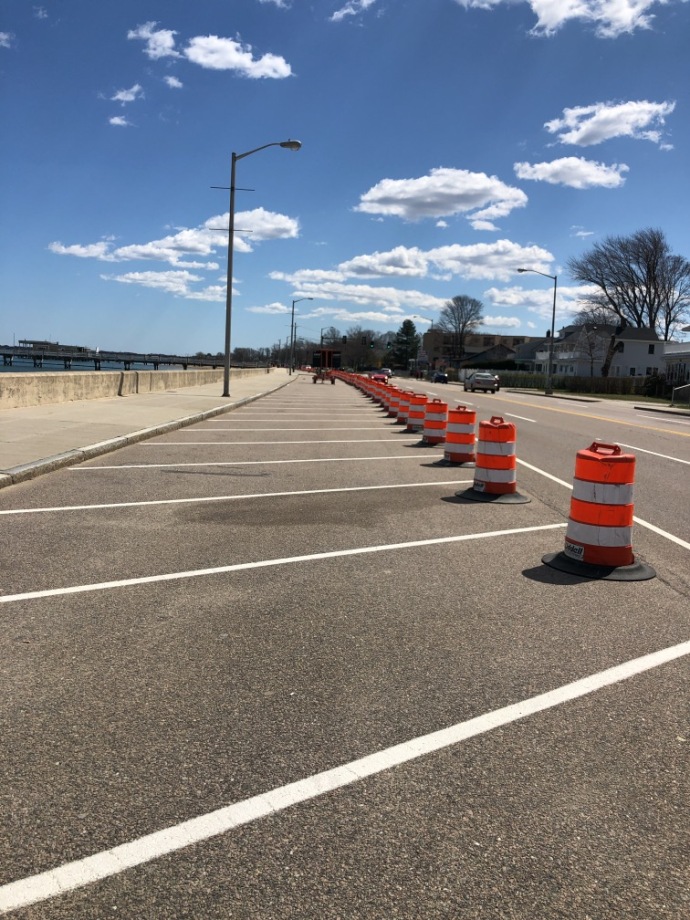 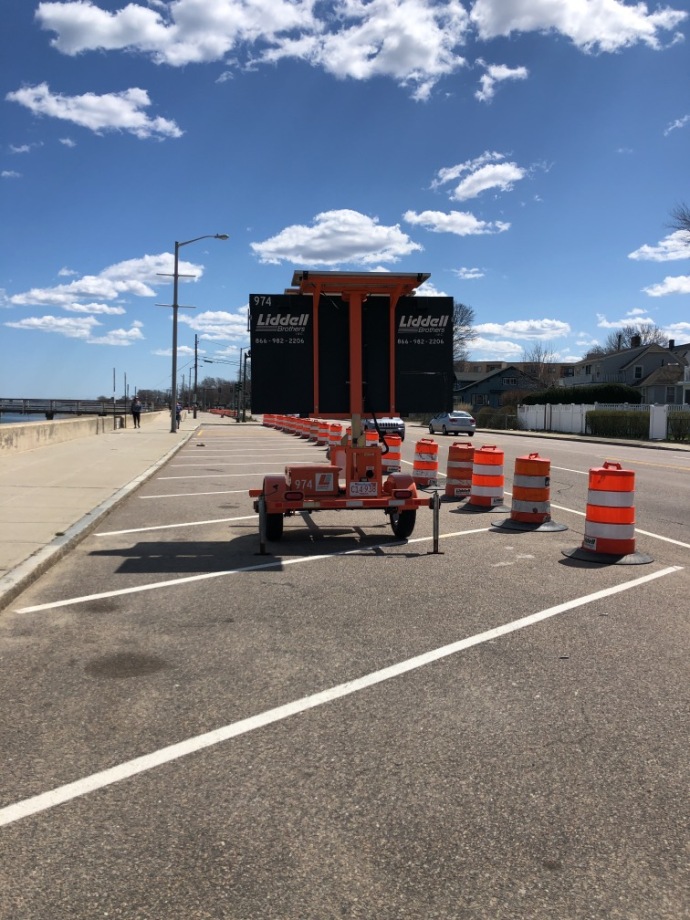 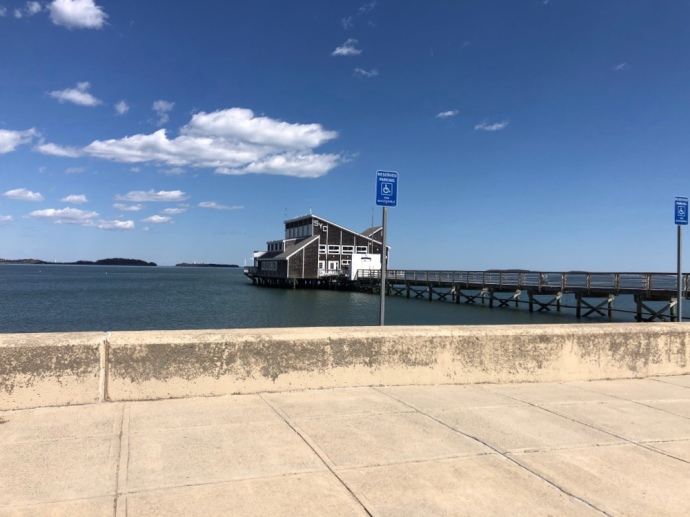 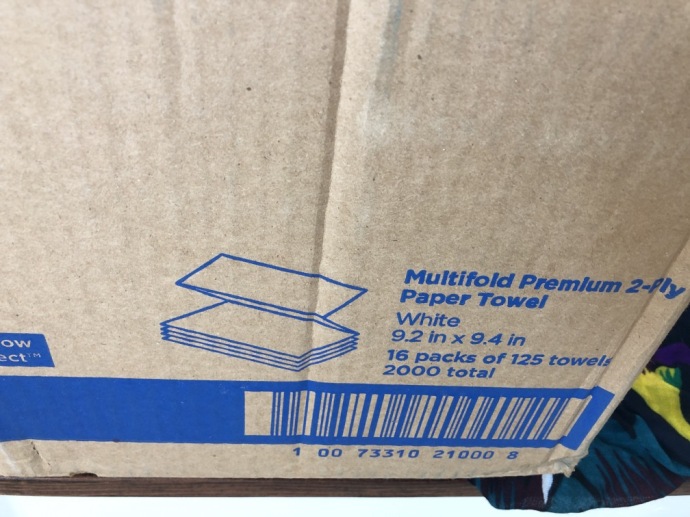 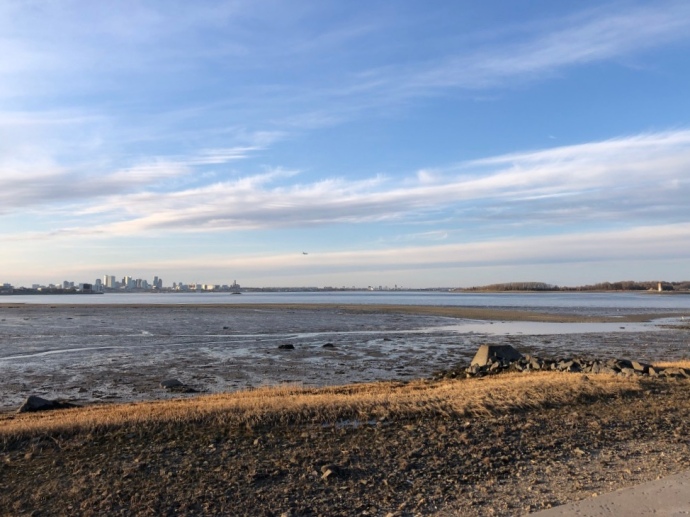 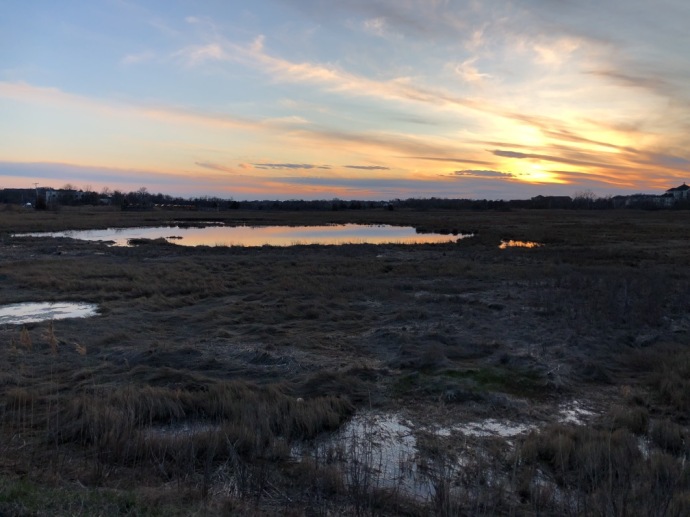 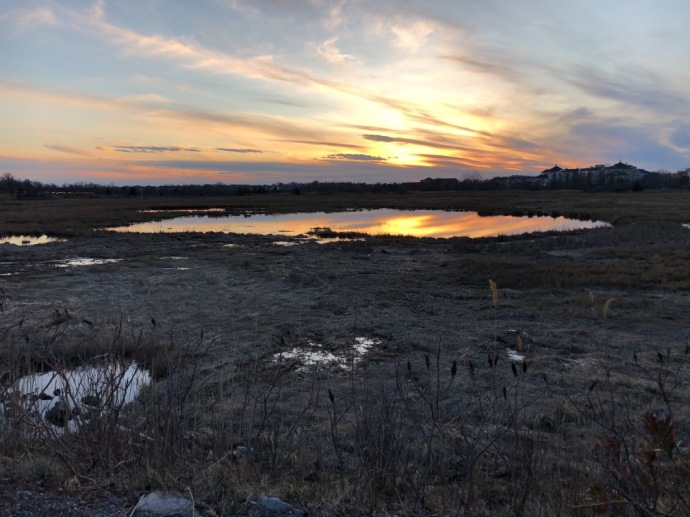 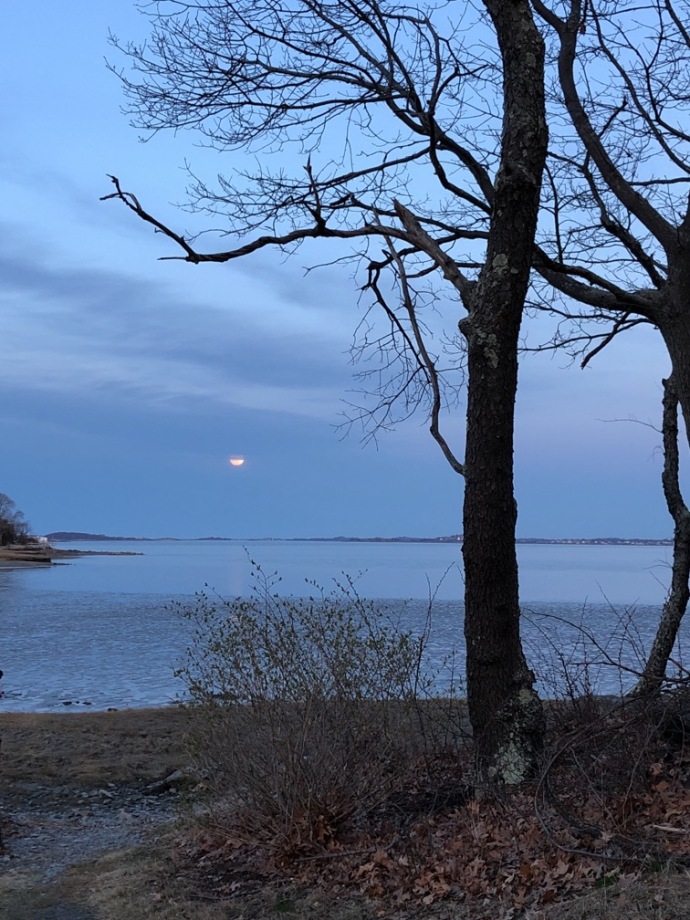 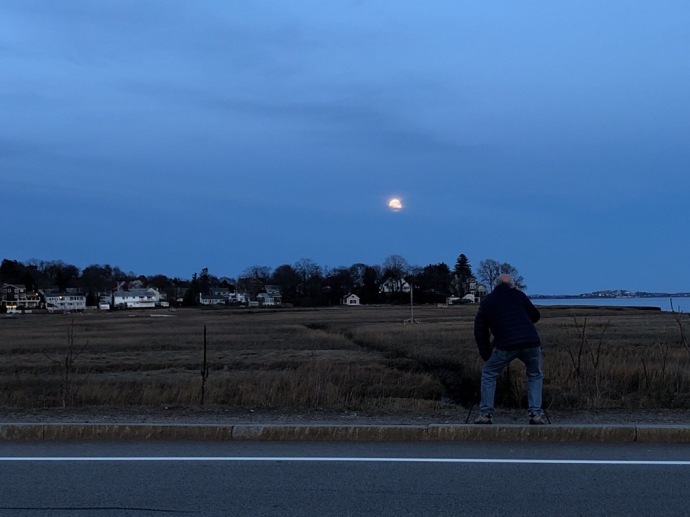 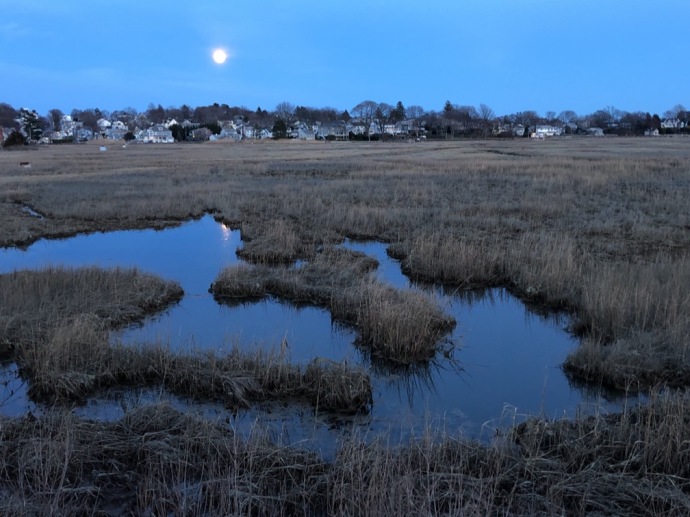 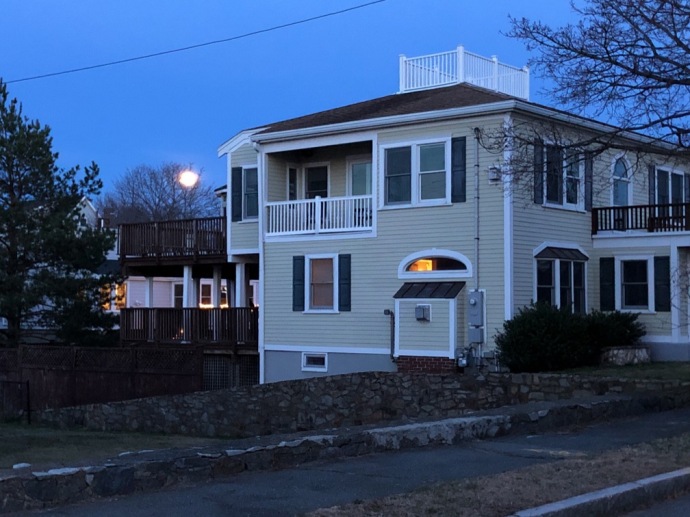 The coronavirus pandemic has changed our world, but

How has the coronavirus  pandemic changed your world?

No matter how the world changes, I still feel so grateful for YOU. 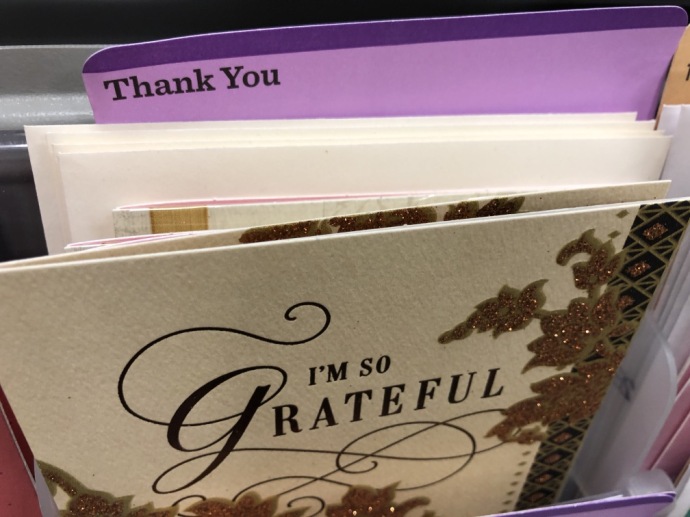