Yesterday morning, when I was doing my best to create another daily blog post, I included this poem I had written and shared in a therapy group about second guessing:

When I second guess

I make a mess

That more or less

I do my best

Then, when I was doing my best taking photos for today’s blog, I saw this: 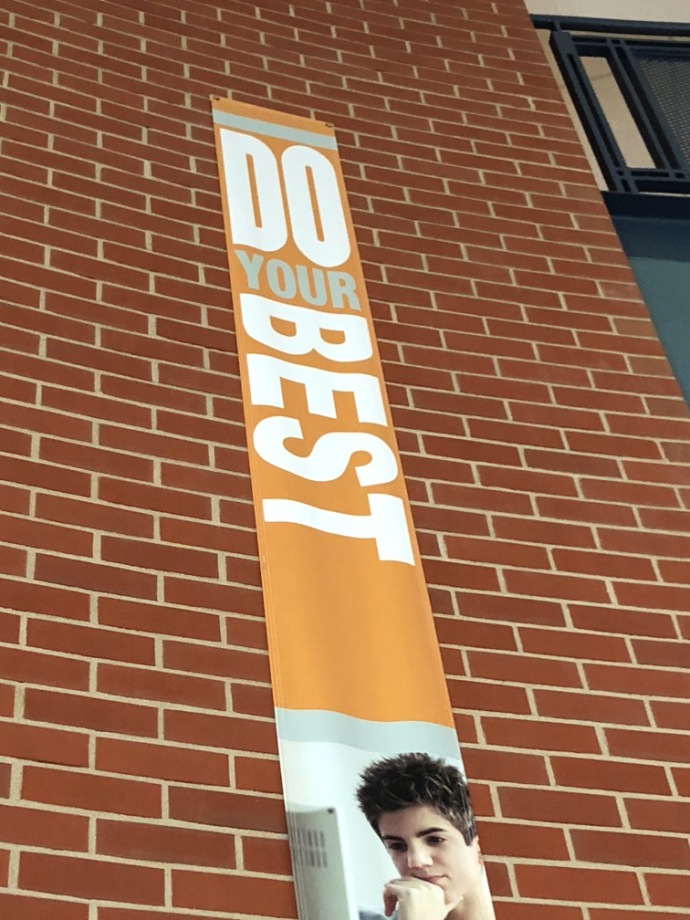 Please do your best to look at all the other photos I took yesterday. 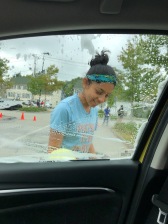 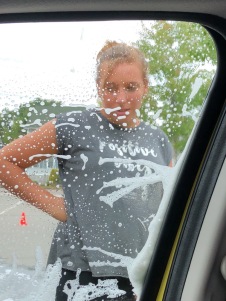 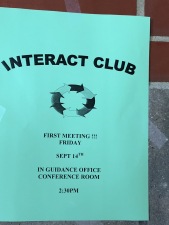 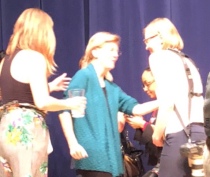 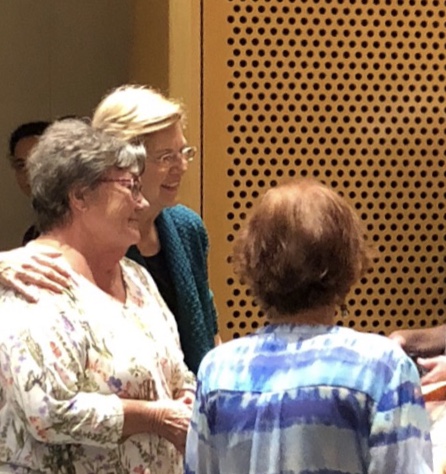 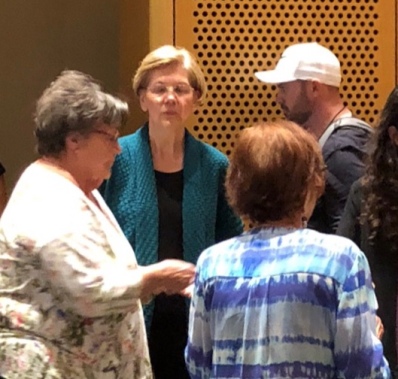 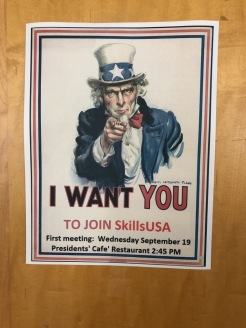 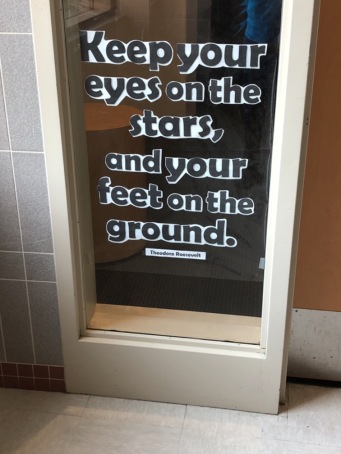 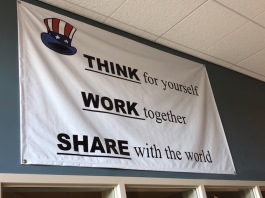 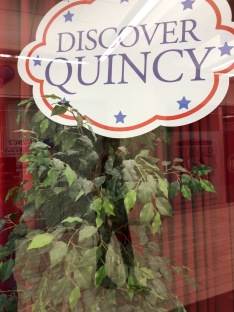 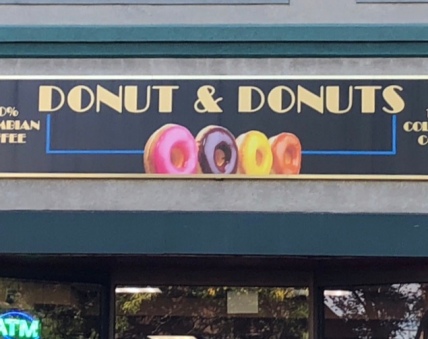 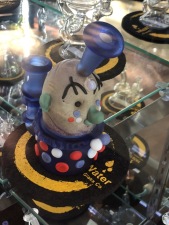 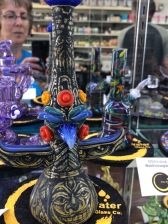 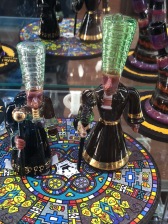 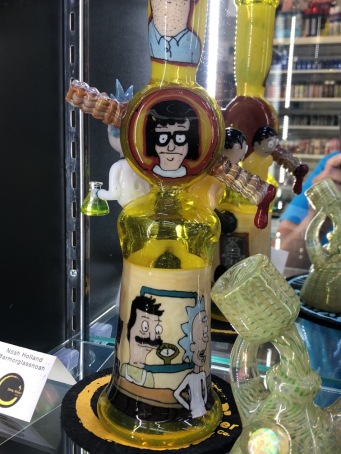 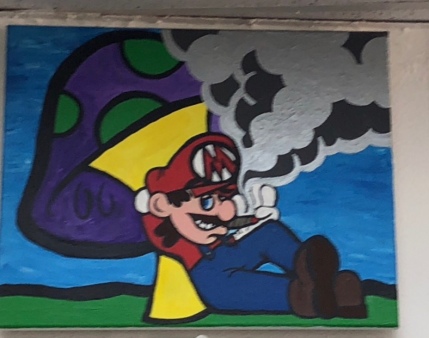 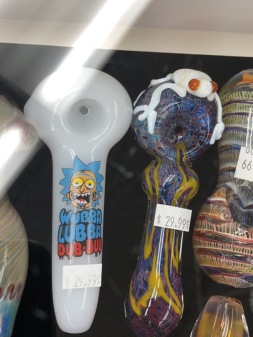 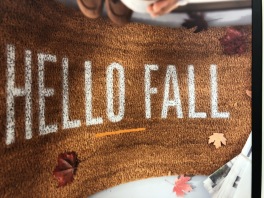 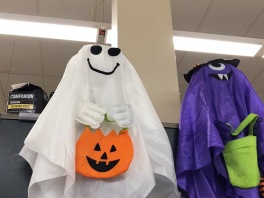 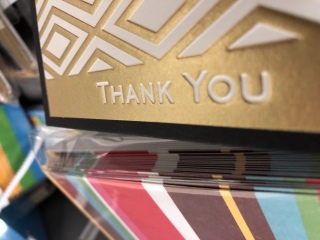 Do your best to wait patiently for all those photos to load and to click on any photos you’d like to enlarge.

Usually, I do my best to save the gratitude photos for the end and to make sure that all the photos are easy to read. However, today I’m assuming that we can all do our best together to make this blog post work.

Also, I am going to do my best to explain that my little yellow car was washed yesterday by members of the Quincy High School Choral Society and that Michael and I saw Senator Elizabeth Warren, the senior U.S. senator from Massachusetts, who does her best to challenge the current U.S. President.

Now, do your best to read all the words on this sign: 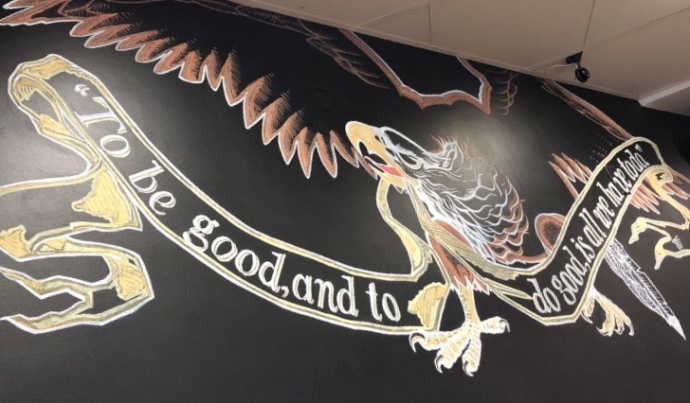 Please do your best to watch all these “Do Your Best” videos:

Do your best to comment and I will do my best to express my gratitude for all those who helped me create this “Do your best” post and — of course! — my readers, who are the best. 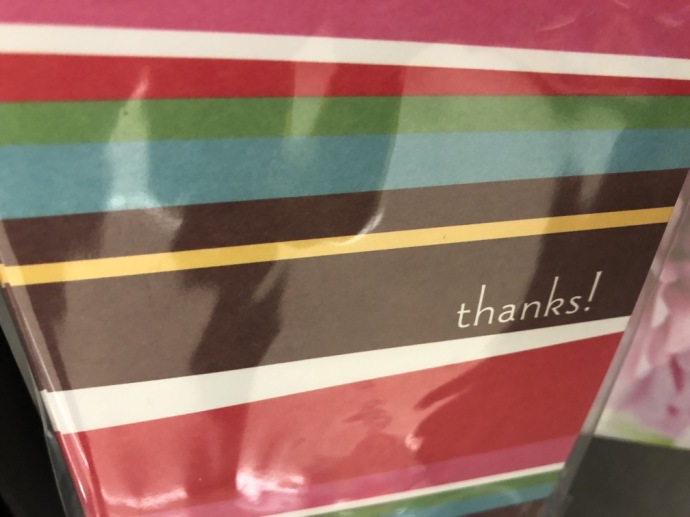 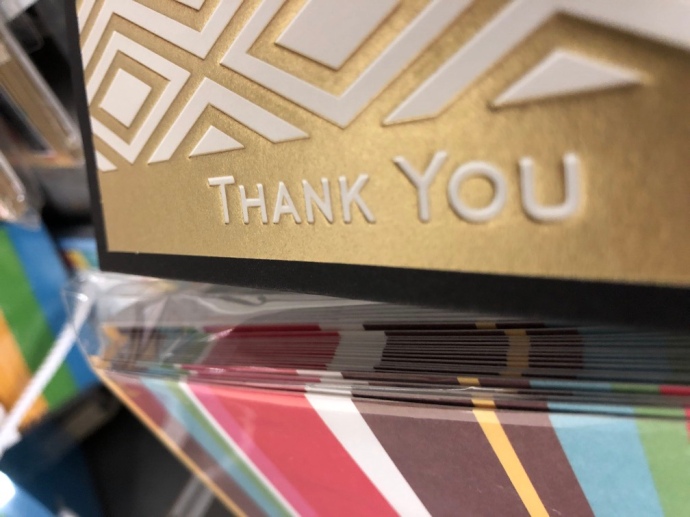 A few seconds before my therapy group started yesterday, one of the members tripped and fell. As the other group members witnessed spilled coffee, blood, and first responders in the hospital reacting to the situation, people were second guessing their own and others’ actions.

In the group (after the injured member had been tended to by expert personnel), we discussed the flight-fight-or-freeze response,  trauma, guilt, self-judgment,  doing too much, doing too little, What’s the right thing to do?, selfishness, selflessness, empathy, looking, intrusiveness, how time stretches out during emergencies, different perceptions, helping vs. getting out of the way,  and —  I’m guessing — dozens of variations on the theme of second guessing. 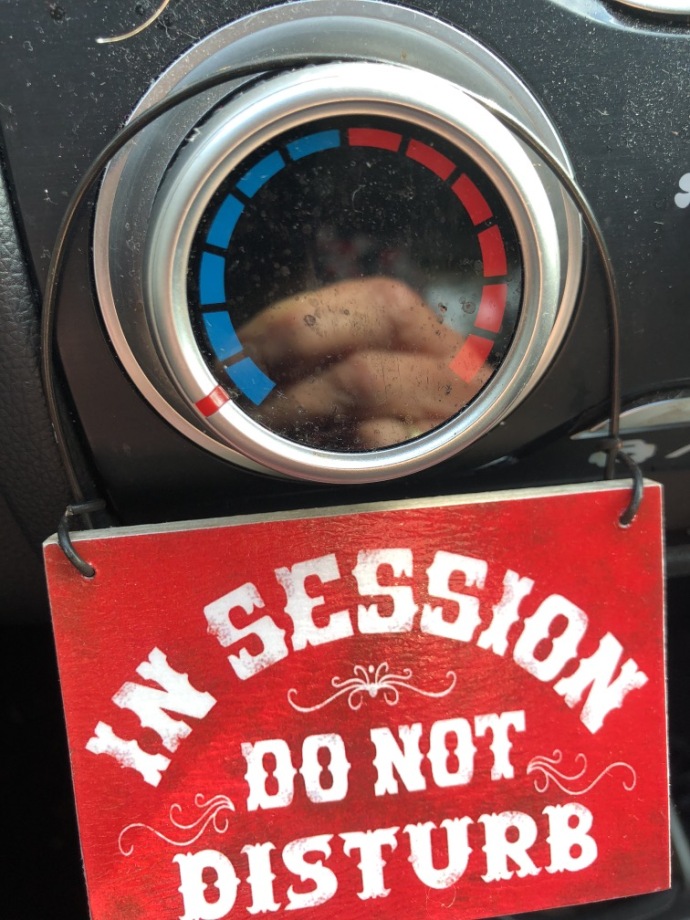 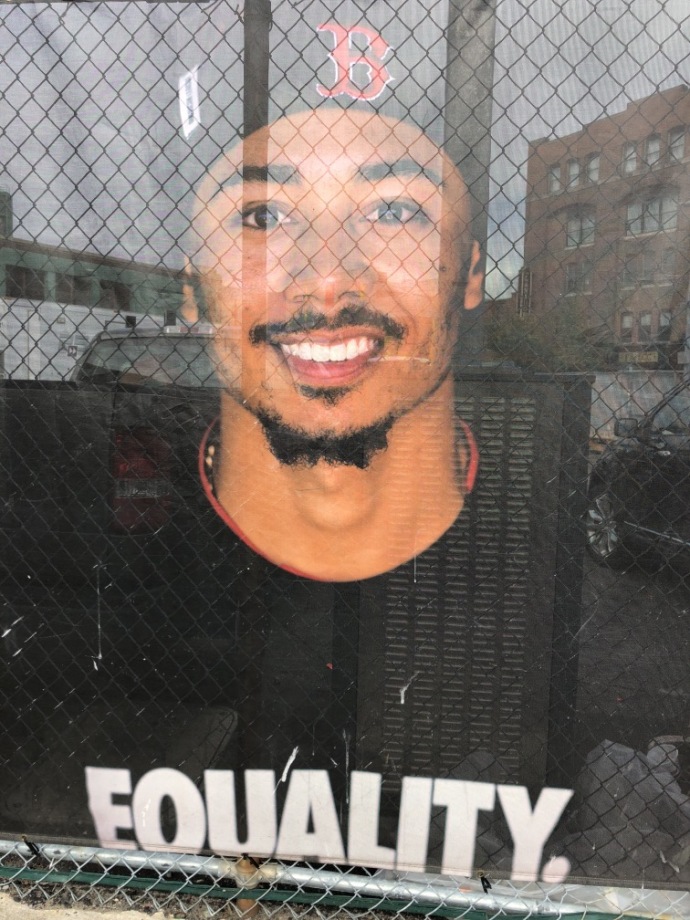 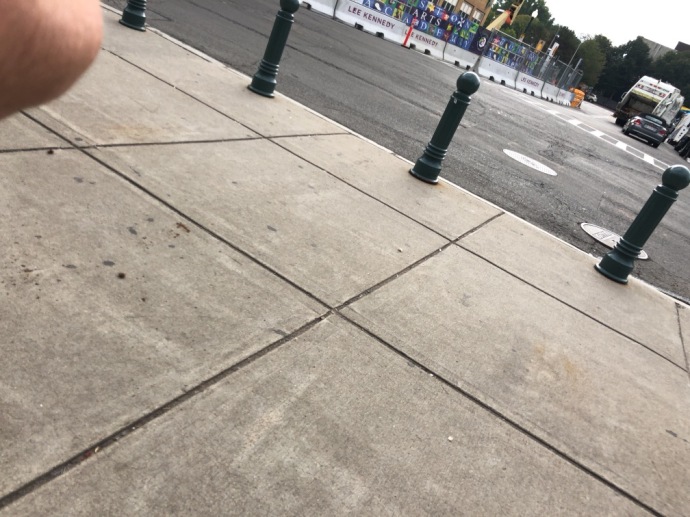 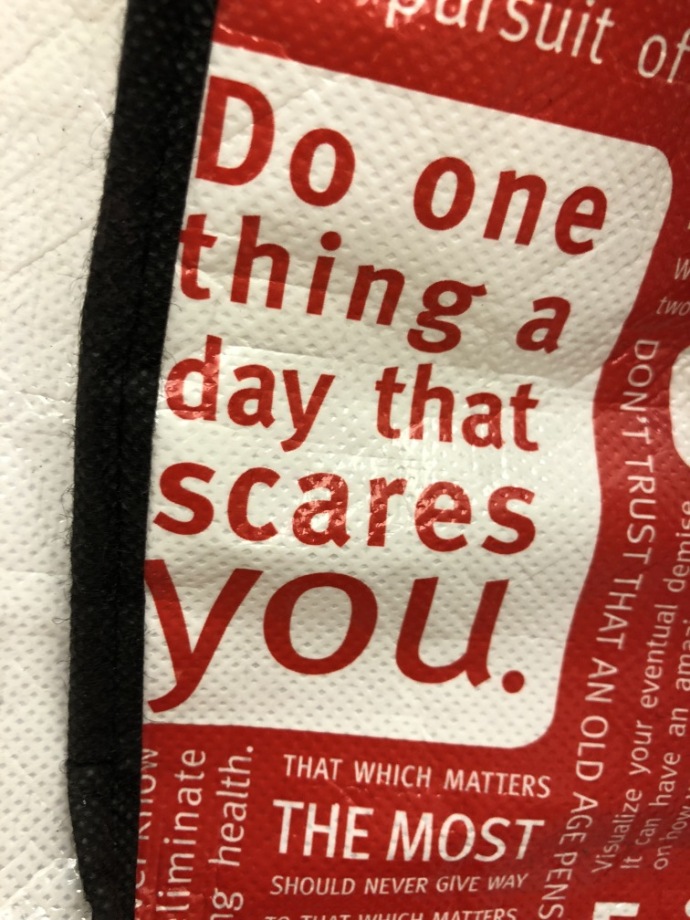 In this second, I’m guessing that you — like the group members — want to know if the injured person is okay.  The person is fine.

This is the second time I’ve included the song “Second Guessing” by Jonny Lang.

I’m not second guessing my wish to include this second song, by The Guess Who.

No second guessing about my gratitude for all who helped me create this second post about “Second Guessing” and — of course! — for YOU.

Let’s take a second to look at second guessing.

Second guessing is when we doubt a decision we’ve made, assuming we should have chosen differently.

I’m going to second guess my personal definition and see what the internet says about “second guessing.”

sec·ond-guess
verb
gerund or present participle: second-guessing
1. anticipate or predict (someone’s actions or thoughts) by guesswork.
“he had to second-guess what the environmental regulations would be in five years’ time”
2. NORTH AMERICAN
judge or criticize (someone) with hindsight.
“the prime minister was willing to second-guess senior ministers in public”

Let’s stay with my definition of second guessing for the remaining seconds of today’s post. Second guessing, I’m guessing, is not helpful.  When you judge or criticize yourself with hindsight, you are ignoring that you did your best at the time when you made your original decision. Here’s a second way of saying that: Hindsight is 20-20.  Hindsight and second guessing have perfect vision because you can include the results of your decision in your analysis of its effectiveness.  When you were deciding originally, you didn’t know the outcome of your decision. In order to make perfect first guesses, we’d all need to be psychic.

Does anybody want to guess why I’m writing about second guessing today?

I guess I just want people to know that I think second guessing gets in the way of looking at the pros and cons of our first guessing and then moving on to a more effective next guess.

I’ve stopped second guessing the photos I take. Let’s take a second to look at the first, second, and third picture I snapped yesterday.

Who am I to second guess the quality of my decisions when I’m doing the best I can? And who put that laundry detergent so far out of my reach? I’m guessing it was Michael.

I guess I’ll find out what’s going on with Irma, the second incredibly destructive storm on course to strike North America this hurricane season.  I don’t understand people who second guess what professional scientists say about climate change.

I’m not going to second guess my decision to end these posts with thanks to all who help me create them and — second but not least — to YOU.

Because I’m at risk for endocarditis (and have had it three times since 1998, but with no damage to my heart, because we’ve caught it really early, each time), my doctors and I have devised a very cautious plan:

Whenever I run a fever, I shall go to the Emergency Department  to get tested, to make sure I do not have endocarditis.

That’s the plan.  It works very well, too, because I almost never run a fever.

Yesterday and today, I’ve been running a fever.

At times like this, I can see flaws in this plan.

Have I gone to the Emergency Department? Not yet.

I don’t feel like going!  I have a fever!  And it’s most likely NOT endocarditis. I mean, everybody knows there’s been something going around: a flu, a virus, whatever.  My supervisor at work was really sick with it, a week or so ago.  She ran a high fever for a couple of days.

So those facts would argue for my not going to the Emergency Department to get tested.

The doctor doing the testing said, “You don’t have endocarditis. You have the flu. But since you’re here, let’s test you.”

And I had endocarditis.

I remember talking to Dr. Salem, afterwards:  “Wasn’t that weird that I asked to get tested?  You know, there really was no reason for that.  I’d never had it before, plus I had the flu and I knew it. How do you explain that?”  And he said, ” I think somebody was looking out for you.”

And I thought of my father, who had died less than a year before that.

Does this make any sense?  I can’t tell. I’m running a fever.

Also, I’ve told this story before, here, when I wasn’t running a fever.

Anyway, back to the present.  My Primary Care Physician knows what I’m doing (or not doing) right now.  She wrote me an email yesterday:

Okay….well there is definitely something going around.  Please promise to go to the ED if you start to feel poorly or continue to have a fever or feel like you have endocarditis.

I promised.  And based on that,  I think I’ll be going to the Emergency Department at some point during this beautiful April weekend, just to be safe.

After all, when you make a plan, it’s usually good to stick to it. Second guessing can be quite painful.

To end this fevered post, here’s something else that looks out for me: 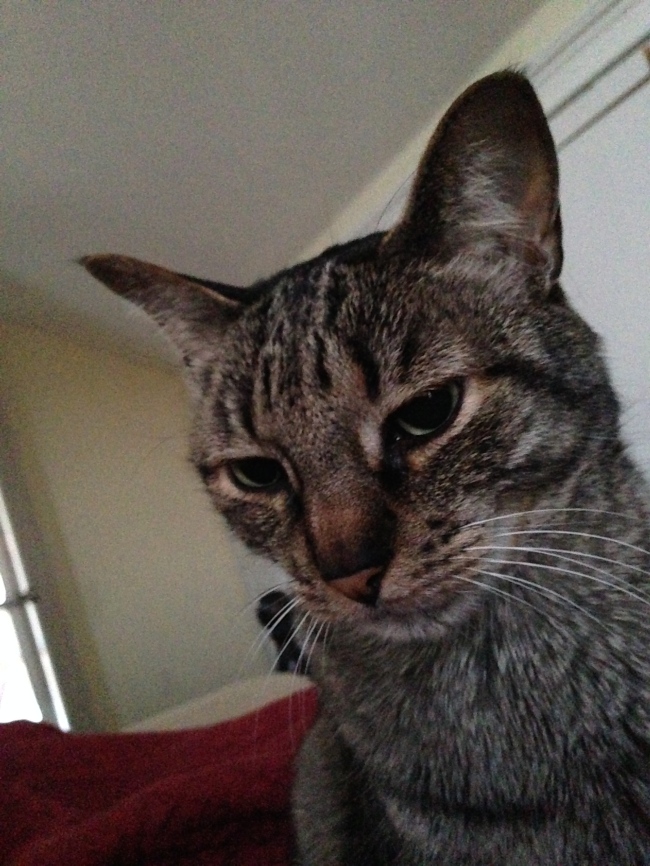 And let’s include some music here, too.

Thanks to everybody who has ever looked out for me, to Peggy Lee, and to you — of course! — for visiting today.