Yesterday, I wrote about some VITs (Very Important Tigers) in my life.

Last night, I announced, “I’ve decided to watch the movie ‘Life of Pi’.” That movie had been on my To Do List, ever since I had seen some visually stunning excerpts on The Oscars/Academy Awards earlier this year. As I was heading upstairs towards the TV, I laughed/gasped, for a second, as I realized/remembered what I had sort-of-forgotten:

The movie’s co-star is … 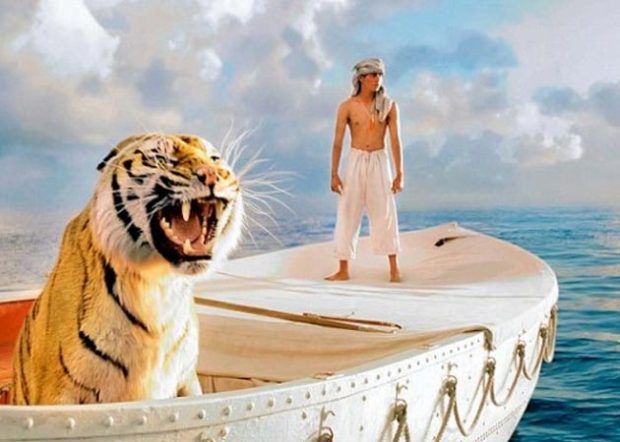 Geesh! Does EVERYTHING need to be connected?

Anyway, I was very affected, touched, and moved by “Life of Pi.”

Although, not to take anything away from that amazing film, I’ve been having those same reactions lately to life in general.

I guess that means “Life of Pi” meets my late mother’s criteria for a good movie. Her highest praise for a movie was, always, “It’s very true to life.” (When I was an adolescent, I had some critical thoughts about my mother’s style of film criticism.) (Today, it seems, I’m following in her movie-critic footsteps, which I like.)

Oh, no! Here we are in the midst of yet another Year of Living Non-Judgmentally post where I’ve yet to make a connection to the Topic Du Jour. Namely, names.

The topic of names has been on my To Do List of blog posts, because:

Choosing today to finally write about names seemed somewhat random to me, until I remembered that the first part of “Life of Pi” is all about Pi’s first name, (including how he got teased at school relentlessly about his full name, Piscine).

Geeesh! Does EVERYTHING have to be connected?

Here’s where I am on the subject of my own name, right now:

I’m in a less judgmental place about my name these days (which I’m enjoying).

However, I reserve the right to look fierce and bare my teeth (see photo, above) if somebody REALLY screws it up.

Thanks for reading (and feel free to tell a story about your name).