I get disoriented at times.  Sometimes, I get so disoriented by people and places that I lose my way or I lose track of things.

Do you ever get disoriented?

Yesterday morning, I got disoriented while driving to work.  Then I got oriented by this:

This absolutely reoriented me to where I was.  Can you tell where I was? What oriented you?

While I was at work, I got disoriented again by

I tried to track my purse down by retracing my disoriented steps. I was then further disoriented when I heard that I needed to wait until 6 AM this morning to find out whether somebody had turned my purse in.

When I show up at 6 AM, if my purse is not there, I will be even more disoriented. However, I will need to orient myself to get to Physical Therapy for my disoriented shoulder.

Here and now, this helps me be less disoriented:

Who steals my purse steals trash. ‘Tis something, nothing: ‘Twas mine, ’tis his, and has been slave to thousands. A good reputation is the most valuable thing we have—men and women alike.

Will you be disoriented if I ask who wrote that?

Which of these photos seems the most disoriented? 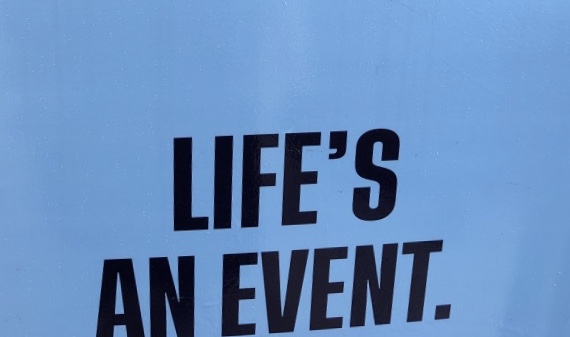 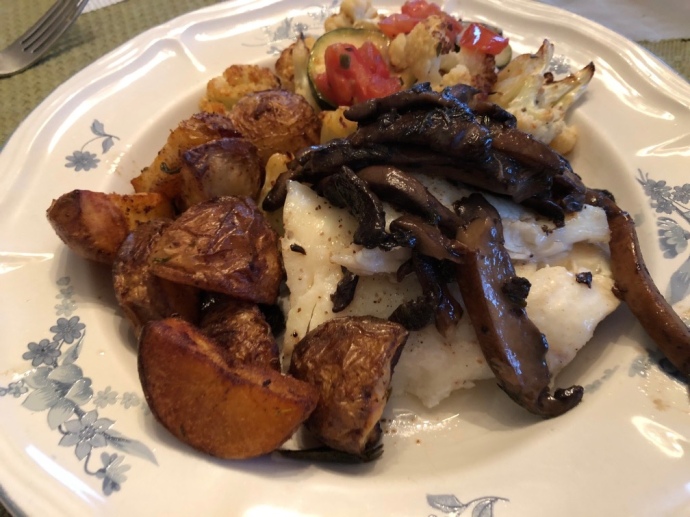 I’m never too disoriented to thank all who help me create these daily blog posts and — of course! — you. 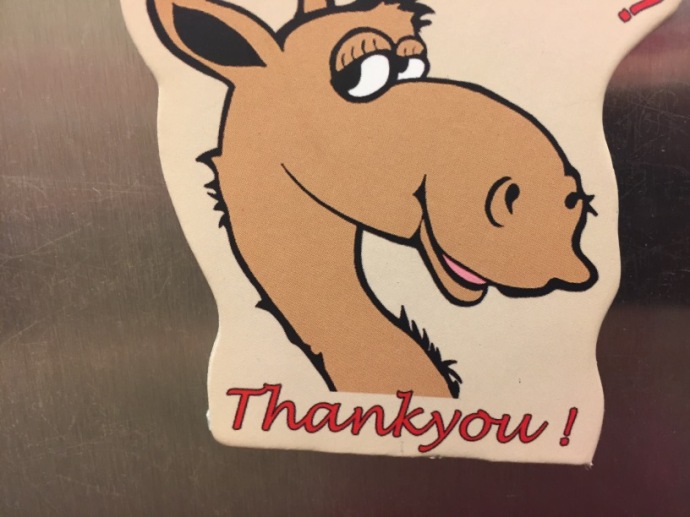 Note:  This Valentine’s Day post is dedicated to my boyfriend/inamorato/whatever, Michael.

Another good morning to my readers, from Boquete, Panama.

Today’s topic — hovering above us (not unlike the moon I just saw in the Panama sky) —  is “Lost and Found.”

When I am in unfamiliar surroundings (or familiar surroundings, too, if the truth be told), I spend too much time worrying about losing things.  This topic has appeared in this blog before. Indeed, I’ve lost track of how many times I’ve written about this and linked to previous posts.

I’m aware of this issue, right now, because I’ve recently lost track of these three things:

The three items, above, all had a different arc of return:

In each case, I felt relief, gratitude, and familiar surprise about:

Okay! So much for the “Lost” part of today’s topic.  Let’s look at some images I found yesterday, shall we?

From the Coffee Plantation Tour: 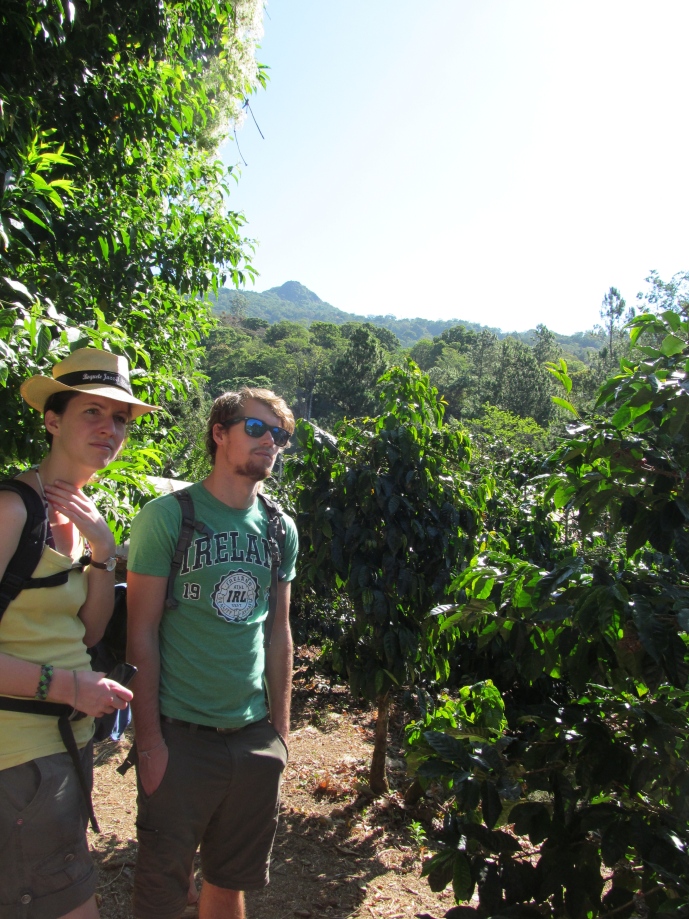 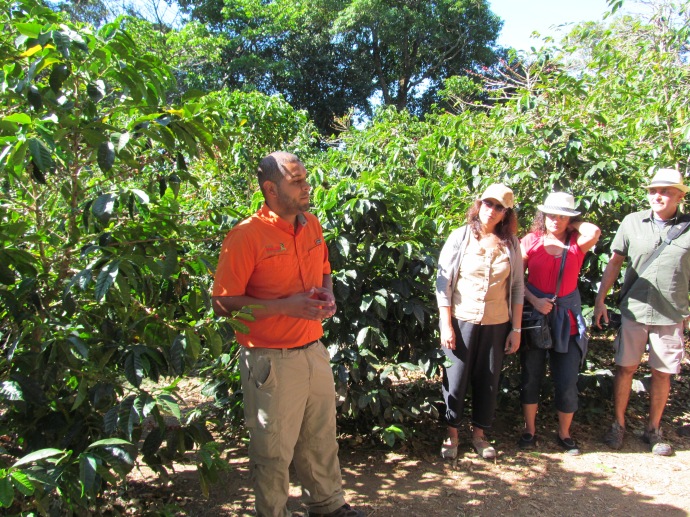 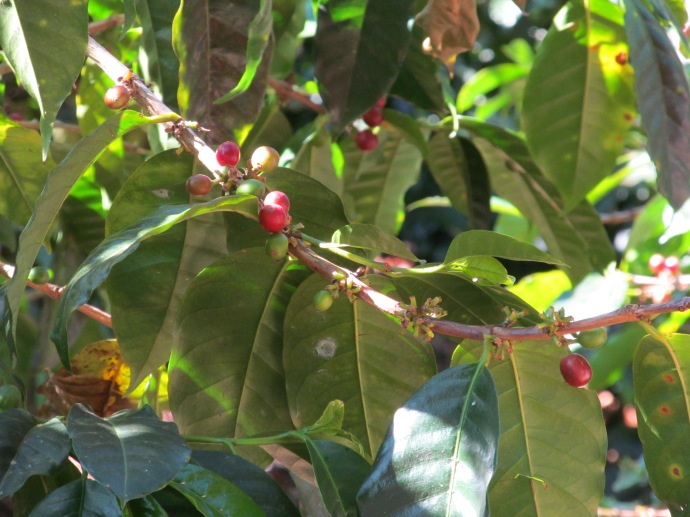 Something else I easily lose track of?  Details, especially regarding topics that don’t relate to ME. And I don’t drink coffee. However, lots of people I know love coffee,  so that makes coffee more interesting to me.

Nevertheless, details escape me. Here are some details that stuck with me, from yesterday’s tour:

Our wonderful guide, Raúl Velázquez, showed us examples of the three different types of beans.

Somehow, I lost track of that Multiple Bean Photo Opportunity, so I can’t show you the different shapes now. I can tell you that I found the unusual shapes — the anomalies — particularly beautiful.

I have many more photos of the coffee tour, including these … 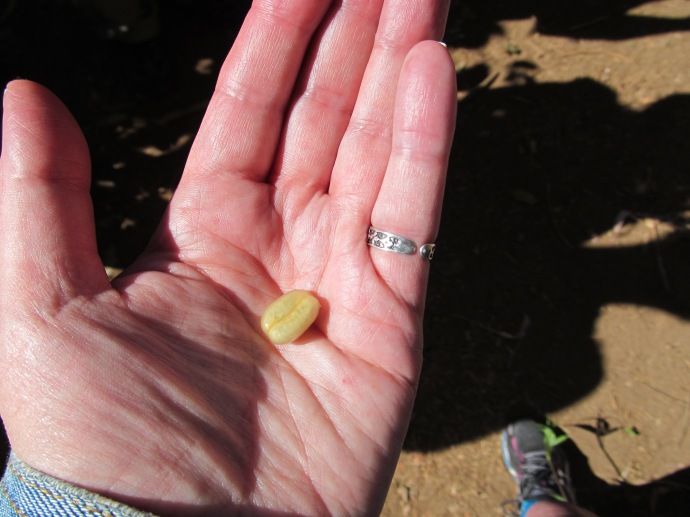 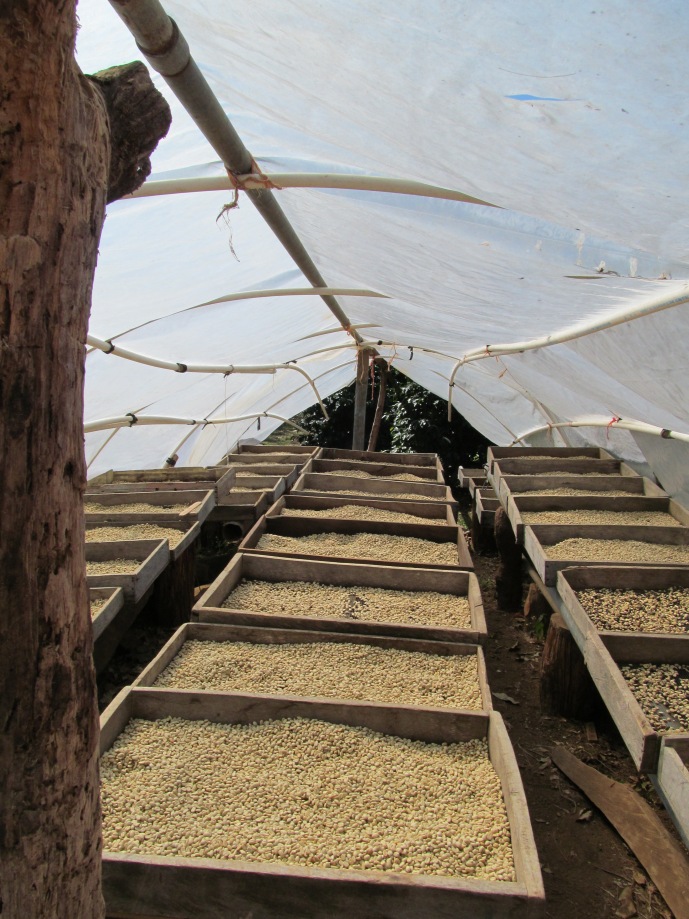 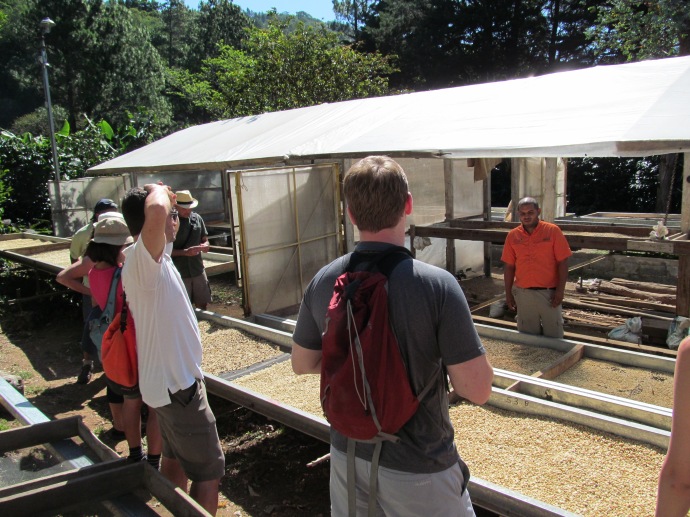 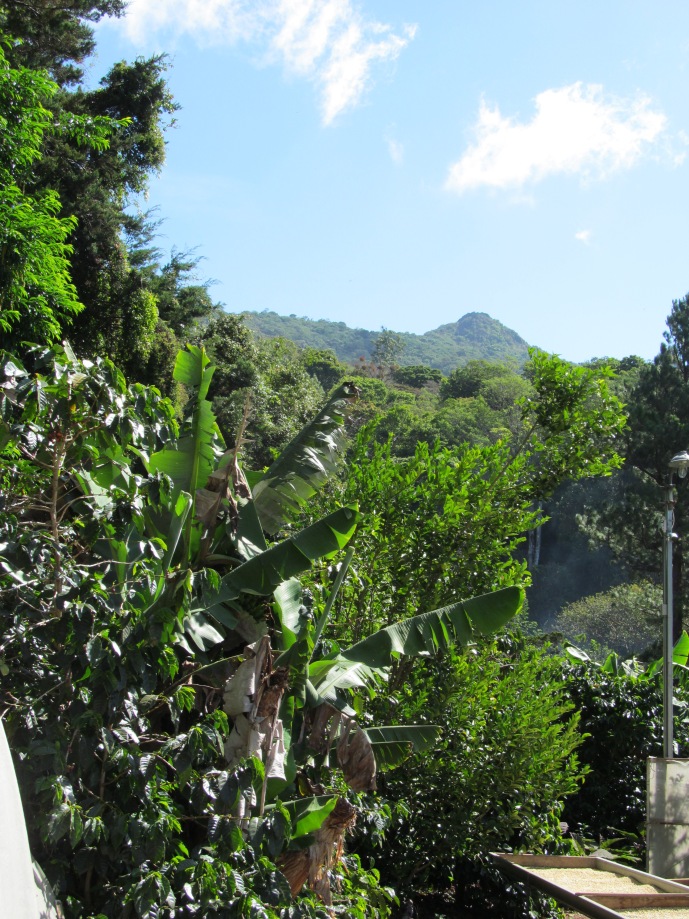 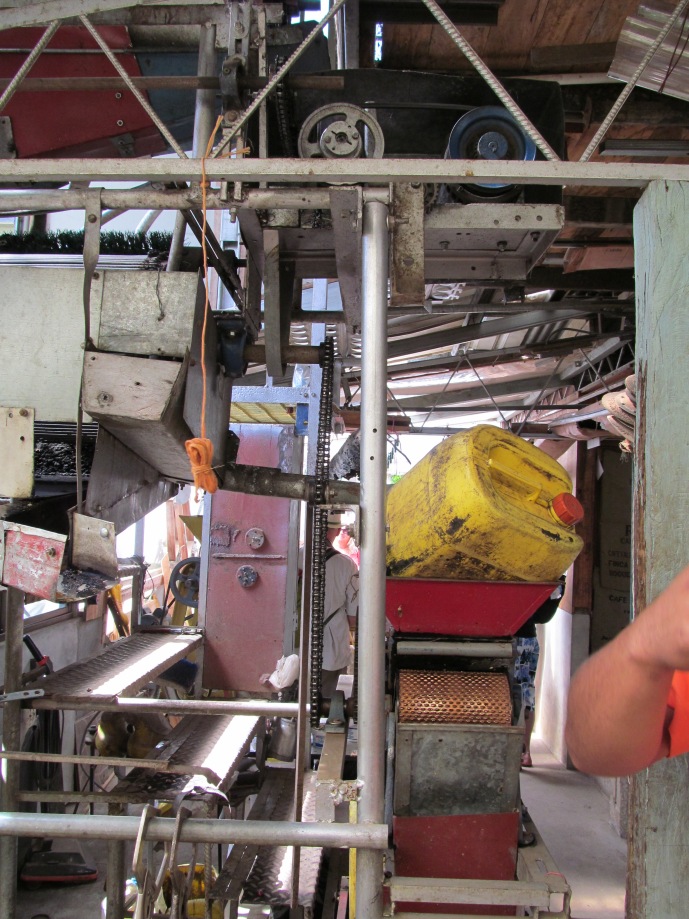 …. but because I am more interested in people than processes, I wanted to make sure I introduced you to David, a young man from Germany, who was on the tour, with two friends from school.

I asked David if I could take his picture because I found him helpful and kind, yesterday.  David first spoke to me when I was hesitating whether to be the first to climb the ladder up into the coffee-sorting machinery. He said, “Are you going to be the brave one?” And I replied, “Yes, although I don’t know why.”  Then, when I was up on the top, he offered to take a photo of me with my camera. So I asked him if I could put him in my blog.  And there he is.  Thanks, David!

Okay!  Well, I had more to show you from yesterday, including the “Mardi Gras Parade,” but I’ve lost track of time.  Peggy and I are going, together, on a “Panoramic Tour” of the area, very soon, and I’ve got to get some breakfast first.  I think I can find time for ONE image from the parade, though ….

You just never know what you’re going to find, at any particular moment.

Thanks to Raúl and David; to coffee beans, people, and hearts of all shapes and sizes;  and to you, of course, for reading today.

In past posts, I have written about many types of fear (or dread or whatever you want to call it), including:

… fear of losing track of things.

Losing track of things seems to be a recurrent theme of mine (see here, here, and here for possible proof about that).  And, as usual, when I write about fear, I assume that I am not alone (although your details, in this area, may vary).

Among things I have recently feared losing track of:

Okay, I caught my breath.  Where was I?

Oh, yes.  That list of things I have recently feared losing track of:

Well!  The last word — of that last bullet point of that last list — leads me to this cognitive distortion. 3

Catastrophizing.
This is a particularly extreme and painful form of fortune telling, where we project a situation into a disaster or the worst-case scenario. You might think catastrophizing helps you prepare and protect yourself, but it usually causes needless anxiety and worry.

Hmmmm.  You know what?  When I went to retrieve that cognitive distortion from my other blog here  — called Ann’s Helpful Hints (re: Letting go of Judgment)  — I realized that there’s something else I’ve lost track of.

How to edit my posts on that second blog of mine.

Yes, dear readers, I was thinking I would like to add something new, to this list of antidotes for unhelpful thoughts.  I wanted to add a new antidote, but because I haven’t edited the two posts at that second blog since I created it (almost a year ago) …. I don’t remember how. And How to Edit those particular posts …. is not immediately obvious to me. And I can’t consider trying to figure that out, right now, because I have to finish this post and get to work, before …. TIME RUNS OUT!!

Sorry. Where was I?

Oh,yes. I was thinking of adding a new antidote to my list, for the first time since March.  What is that new antidote?  Something like this:

Talking to yourself.  If you are stuck in an old, unhelpful way of thinking, especially one that involves a “critical voice,” try challenging that old voice by speaking in a new, kinder way to yourself. Watch the language that you use, and speak to yourself as you would to somebody you might be naturally kinder to — a friend, a stranger, somebody that evokes empathy and sympathy in you.

I have found that antidote — of talking to myself — can be a really effective way to learn (and unlearn) things.  As a matter of fact, here are some times when I’ve been talking to myself, lately:

Okay!  It’s time for me to start wrapping up this post, people.

What feels left unwritten, at this point?

My mother sometimes said to me, “Ann, I think you might lose track of your head, if it wasn’t attached.” Therefore, as a supporting image for this post, I COULD show you a picture of my head.

However, I can’t do that right now. If you’ve lost track of that of why that is, you’ll just have to see footnote #4, below, for the answer.

Instead, here’s a photo I snapped a few minutes ago:

Why THAT photo? (I imagine you saying to yourself, right now.) Well, it represents several other things I tend to lose track of:

Okay!  Time for me to take some personal power and end this post.

Thanks to Earthbound Farm Organics (for the Zen and the Power), people everywhere who lose track of things, and to you — of course! — for reading today.