This post is dedicated to my father, who was lots of fun.

2.  playful behavior or good humor.
“she’s full of fun”
behavior or an activity that is intended purely for amusement and should not be interpreted as having serious or malicious purposes.
“it was nothing serious; they just enjoyed having some harmless fun”
(of a place or event) providing entertainment or leisure activities for children.
“a 33-acre movie-themed fun park”

“no need to get sore—I was only funning”

How about Google Images for “fun”?

Most of the images that come up, at least on the first page, are about the band Fun:

The name of that Fun song reminds me of London.

We saw lots of these t-shirts in London:

Lots and lots of t-shirts like those.  And variations,  too: 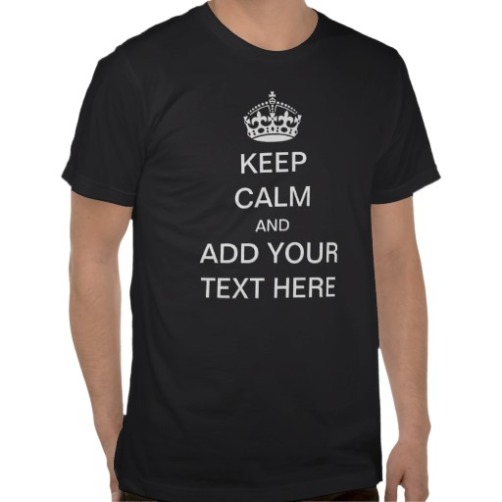 My original Google Images search, this morning, was on the word “fun.” Here’s another image that came up for that search:

That image reminds me of the wonderful blog, toemail, self-described as “PICTURES OF TOES, PICTURES OF FEET, MAKING THE WORLD A BETTER PLACE, ONE FOOT AT A TIME.”

Which reminds me of this other image, which came up for “fun”: 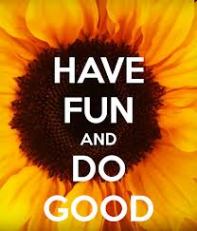 I can easily get distracted when I’m having fun.

I guess that’s the whole point, isn’t it?

One more image, that came up for “fun”:

I wanted to end with this image, because my original thought, when choosing this topic today, was about having fun tomorrow, Friday, when I give a presentation at work.

Because I think I can!

I feel ready to go back to work, although I continue to have some trouble sleeping The Night Before Something Important.

Of course, every day is important, but my brain seems to think that some days are more important than others. (For a great joke about the human brain, by Emo Philips, see this short post.) (And while we’re at it,  here‘s another great Emo Philips joke, in another end-of-vacation post, no less.)

Before I went to sleep, a few hours ago, I tried taking a half-dose of  an over-the-counter, “traditional” herbal sleep aid I bought in the UK last week.  Usually I avoid any kind of sleep aid medicine, just because I haven’t had good experiences with them. And it’s not working (yet).

So I’m going to try another sleep aid, which HAS worked for me before: doing a quick blog post in the middle of the night.

Yesterday afternoon, on my Last Day Before Returning to Work After My Unusually Long, Two-Week Vacation, I went for a long walk, listening to lots of favorite tunes.

As I often do, I found that a joyful experience.

Here are some shots I snapped along the way: 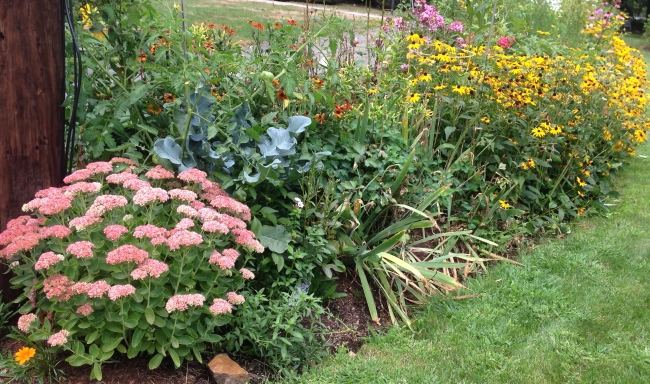 The weather, on that walk yesterday, was “gloomier” than it had been days before, when I took these photos, nearby:

The point I wanted to make, right now, was there was beauty to be seen, no matter what the weather, no matter where I was walking.

I saw beauty in London and Edinburgh, of course, last week.  In those places, it was impossible to miss. 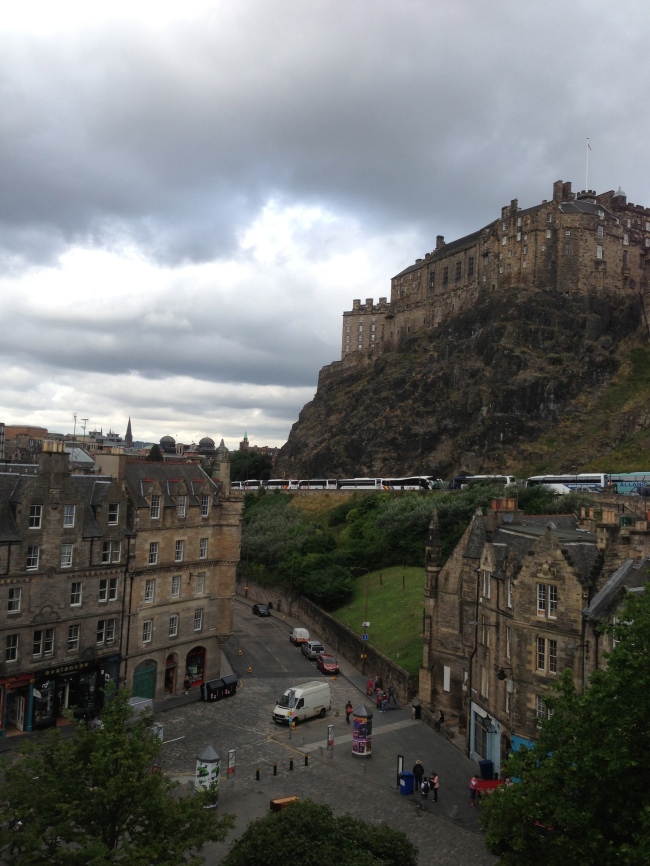 But beauty is everywhere, if I’m open to it.

When I return to work tomorrow, there’ll be beauty there, too. My own worries, tiredness, expectations, and “cognitive distortions” might obscure that beauty, for moments.  But it’s always there.

I look forward to seeing it, in the days ahead.

Today is our last day in London, as we get on a train to Edinburgh.

I had a great time here, with my 15-year-old son. I (re-)learned lots of things.  We met many amazing people.  And we saw some incredible theater.

We’re both sad to leave London, but I’m sure that Edinburgh will be fabulous, also.

In order to deal with sadness of saying goodbye, here are more reasons why it’s so difficult to leave Olde London Towne:

Reason #4: I have olde and new friends here.

This is Alexa, whom I first met when we were kids, at Children’s Hospital in Boston, helping each other deal with some difficult medical challenges. It was wonderful to spend time with her and her son Alex, as they took us to a terrific sushi restaurant and to Camden (pictured above).

This is Sen, our amazing concierge at our hotel in London. He helped us feel welcome and safe from our very first day (and every time we’ve encountered him since then), with his can-do attitude, listening skills, kindness,  ingenuity, knowledge (of details and important issues),  humor, and appreciation for how a good game of 20 Questions and Charades can cheer up some weary travelers.

This was particularly applicable in Camden, where there were so many goods, everywhere: 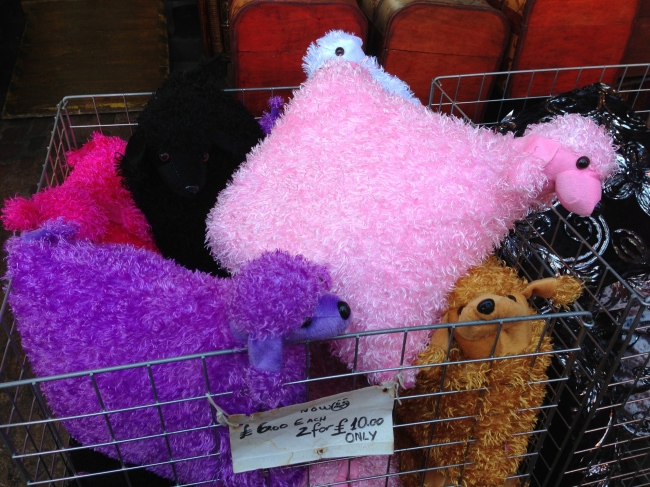 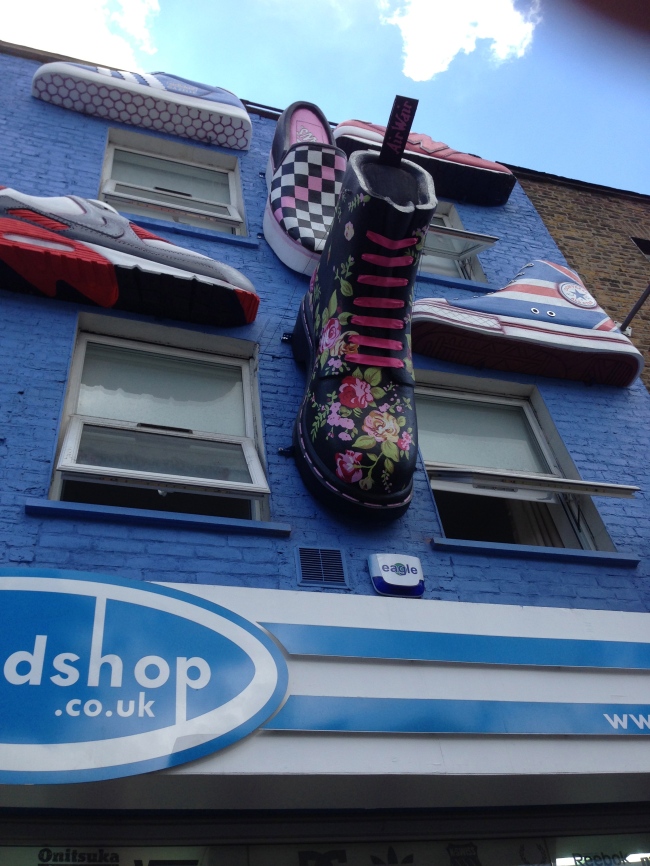 And so many interesting people with whom to barter.

This is Ali, who was born in Afghanistan.  He had some perfect sunglasses to sell us.  After he quoted us a price  he said was “firm” (after giving my son and me some excellent monetary and psychological reasons for why this was a fair price for these sunglasses), he responded very positively to our requests to have the fun and pride of bartering him down.

Reason # 6: All the beautiful and historic things to see here.

Okay, there’s a lot more I could show and tell, but it’s time to get ready for the transition to Edinburgh.  Thanks to London for all its riches and gifts, and thanks for reading today.

During this Year of Living Non-Judgmentally, I’ve often written about unhelpful thoughts that contribute to anxiety and depression (called Cognitive Distortions by Cognitive Behavioral Therapy, or CBT).

Here are some examples of recent Cognitive Distortions (and please don’t tell anybody that I’ve been having these thoughts in the beautiful city of London, where the people AND the sushi really know how to have fun and get around, with amazing modes of transport:

Now, where was I, before the photos of the fabulous conveyer-belt sushi place that my old friend Alexa and her son Alex took me and my son yesterday?

Oh, yes, some cognitive distortions I had yesterday (long after we had said heartfelt thank-you’s and goodbyes to Alexa and Alex):

I should be enjoying this trip, every moment.

If I let my son know how I’m feeling right now, it will be bad for him.

If I am not completely vigilant and at the top of my game, bad things will happen.

I should only blog about happy things while I’m away. If I don’t, people will be disappointed in me.

It’s okay to be afraid and express those fears, but not while I’m on vacation! People will think I’m weird, get impatient with me, and stop wanting to hear from me.

I guess it serves me right for thinking I was such a big shot my first few days here …doing great, connecting with people, being a smart tourist, showing my son a great time … Who did I think I was?

For those of you keeping score, the Cognitive Distortions above include the following: Shoulds, Mind Reading, All-or-Nothing Thinking, Emotional Reasoning, Labeling, Negative Filtering, and pretty much everything else on the list.

So, yes, I confess. In the beautiful city of London, where I am meeting up with wonderful people previously known and unknown to me, where the ratio of kindness in the population is the same as anywhere else in my world, and where I am the same person that I am back in Boston (with the same limits and weaknesses), I felt, much to my horror …. 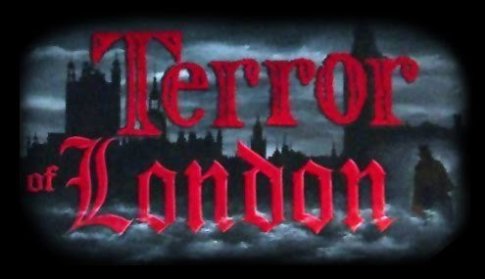 … The Dreaded Thud of Shame (DTOS).

And, as always, there were contributing factors to the DTOS:

Contributing Factor # 1 (iPhone related): I still can’t figure out how to connect my iPhone to the internet safely enough to avoid, in my mind, the possibility of incurring mega-amounts of dollars or pounds.

And that’s a bummer for many reasons, including the fact that I’ve taken some AWESOME photos on said iPhone of wonderful places like Camden, which Alexa and Alex showed us yesterday. And I can’t access those photos, right now, to put in this blog.

But, it’s Google Images to the rescue! 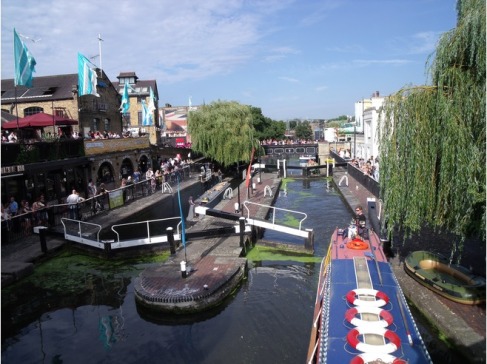 (Not to tempt the fates by bragging, but I think I took — having spied, with my little iPhone — a COOLER photo of the Camden Lock than that second Googly-eyed photo above.)

Contributing Factor # 2 (iPhone related): So far, I haven’t been able to talk to my boyfriend back home, at the end of each day, as long as I would like to, without the fear of incurring mega-amounts of dollars or pounds. (Never fear, though: both my bf and my son are working on fixing that.)

So considering that there were several contributing factors (mind you, I’ve only listed the iPhone-related ones above), why was the Dreaded Thud of Shame (London edition) such a surprise to me?

And yet, it always is.

In ways, I’m glad that The Dreaded Thud of Shame is always a surprise, no matter where and when it takes place.

Maybe that shows that I KNOW, on a deep level, that I don’t deserve to feel it.

Well, ladies and gentlemen, that concludes our blog post for today.

Thanks to Alexa, Alex, Camden, the good people of London, my son, my bf, and to you, for reading today.

London is well known for its photo opportunities. As a result, lots of photographers will take pictures of the same things in London, including this: 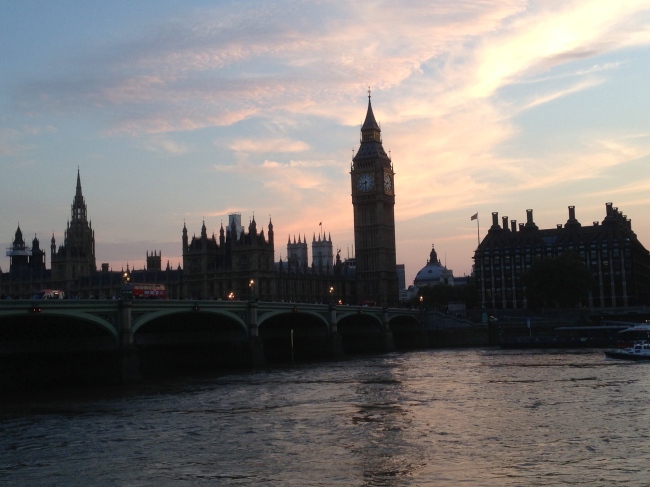 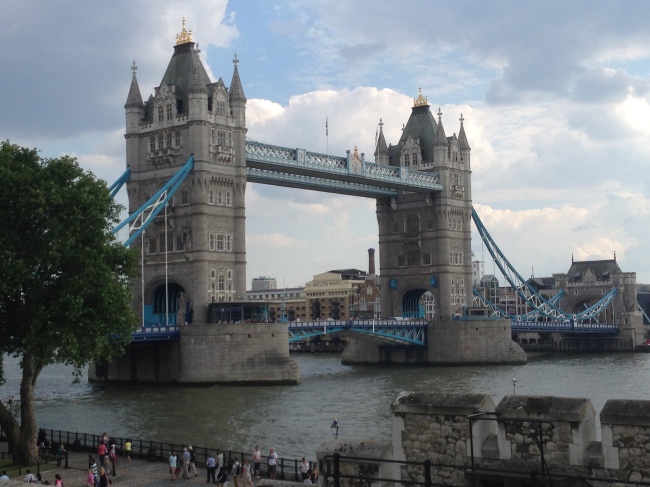 and the river that runs through it, from different perspectives: 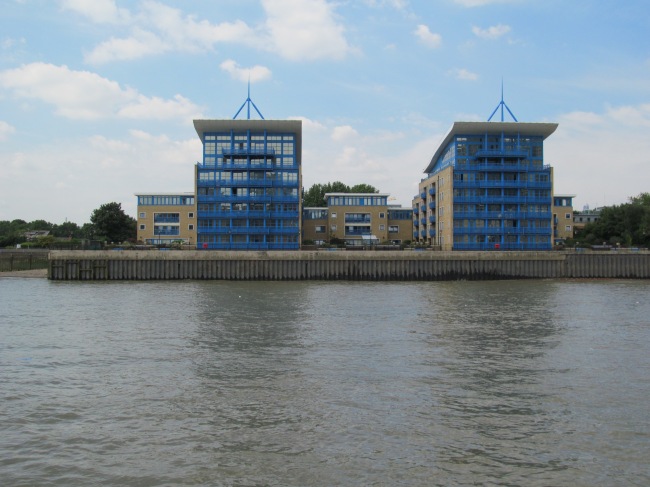 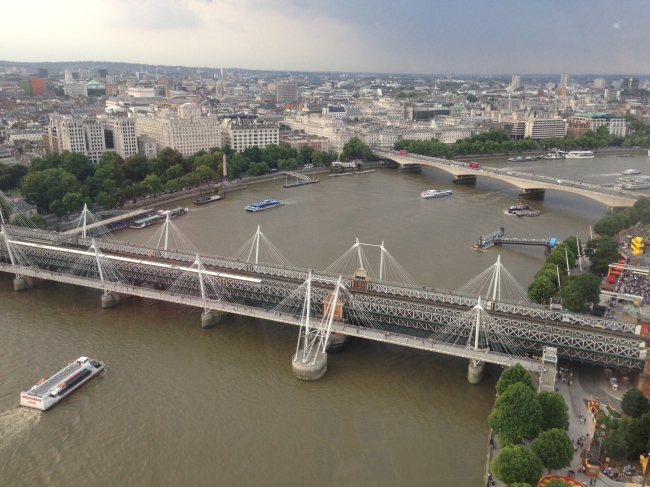 Here’s another example of lots of photographers taking pictures of the same thing (from different perspectives):

Thanks to all those photo opportunities in London, to photographers everywhere,  and to you, for looking today.

Reason #1. This place expands my vocabulary.

For example, while my brain may have felt mushy because of jet lag on our first day here in London, a great fish and chips restaurant — recommended by our hotel’s concierge — informed me about a new use of the word “mushy”: 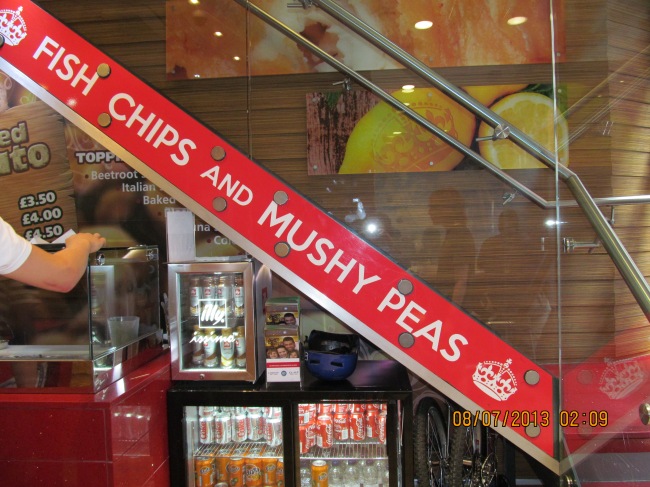 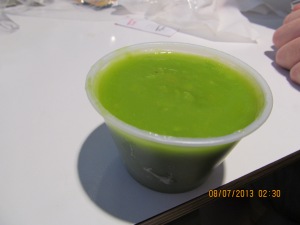 Reason #2. There are many opportunities for puns and wordplay.

For example, London gives a 60-year-old mother and her 15-year-old son the opportunity to make excellent puns using the word “eye,” as they walk around, with jet lag, on a beautiful first day in a gorgeous city:

Stay tuned for more reasons why I should move to London, in the days ahead.

Thanks to London Eye; to London Fish & Chips Company; to other things with the word “London” in their names (but not the word “the”); to our excellent concierge, Sen; to my son for his pun-ny and otherwise excellent mind; to those of you who can think of puns with the word “eye” in them right now and those who can’t; and to you, for reading today.

Insomnia is in the house.

I’ve had trouble sleeping, two nights in a row.

I get into patterns like this, every once in a while.

So I’m going to jot down some random thoughts, to try to help me get a wee bit of sleep before I need to go to work. (Every little bit counts!)

Here are a couple of “Cures for Insomnia”  YouTube videos I found tonight, which I think will be helpful during nights when the insomnia isn’t quite so stubborn:

I really like the fish in the second one.

My calf muscles are really sore tonight.  I’m wondering if that’s because:

Here are some things I want to do, right after I publish this post:

Thanks for reading. And sweet dreams for all of us.