Posts Tagged With: “It Keeps You Running by the Doobie Brothers

It’s a running tradition, in this blog, for me to write about yesterday.

Yesterday, when I was walking — not running — to work, my iPhone camera ran on its own, and took this photo: 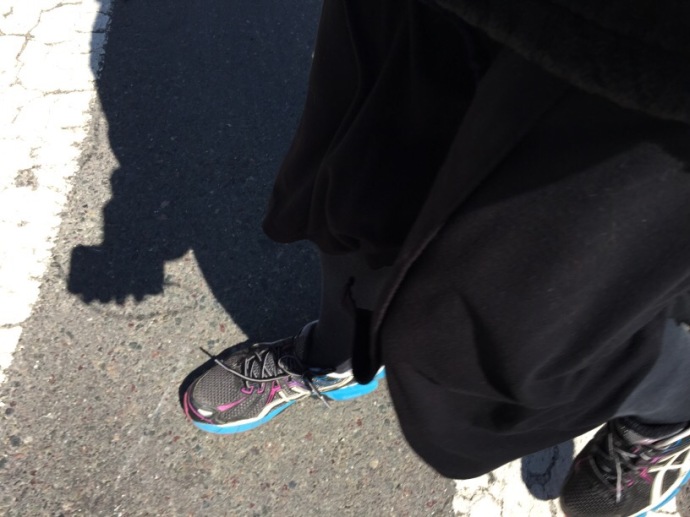 Running at the bottom of that inadvertent photo are my current running shoes.

Because of the way my mind runs, my thoughts are now running back to my first pair of running shoes.

In the 1980s, a Boston-based show — Spenser: for Hire (based on a running series of successful detective/mystery books by Robert Parker) — was running weekly on television. One day, word ran through the Boston running community that the show wanted runners for an episode featuring a running of the Boston Marathon. Because my then-boyfriend (and future husband and the father of my son Aaron) was running marathons then, he received this information and ran it by me. I then went running to a store to buy my first pair of running shoes, hoping  I’d be running my way into an appearance on TV.

The day they were shooting that running (and shooting) scene,  I walked over to the Spenser: for Hire running location, which was about a half-mile away from where  we lived, as the crow runs (or flies). The reason I did not run over — and the reason I had never owned a pair of running shoes before —  was this: I’d  had —  since the age of 10 — fixed-rate cardiac pacemakers, which never ran faster or slower than a single rate. With a heart that ran 72 beats a minute every minute (even if I were running as fast as I could), I wasn’t doing much running, in my life.

To film the marathon running scene that day, we ran  up and down a hill many times, as the cameras were running. To the experienced runners, this was a walk in the park. To me and my heart running on only 72 beats a minute, it was like running straight up a mountain.

I’d like to run ahead, now, in my running storytelling, to several weeks after we were running up and down that Boston hill for Spenser: for Hire. When that running episode ran in TV, guess who was shown running on the screen, right near Spenser?

I shall run by you, now, my running theory about why the people running the cameras and that show ran a close-up of me, rather than dozens of other runners. Unlike the real runners,  I looked as tired as if I’d been running, running, running a real marathon.

Because that episode is running on YouTube,* I’ll run that scene by you here, so you can make some running commentary about my TV running, if you choose.

If you run to the 2:17 mark in that running opening scene, you’ll see me running in  a red t-shirt and my first pair of running shoes.

Running back to the present, here’s what I just found, running all over the kitchen: 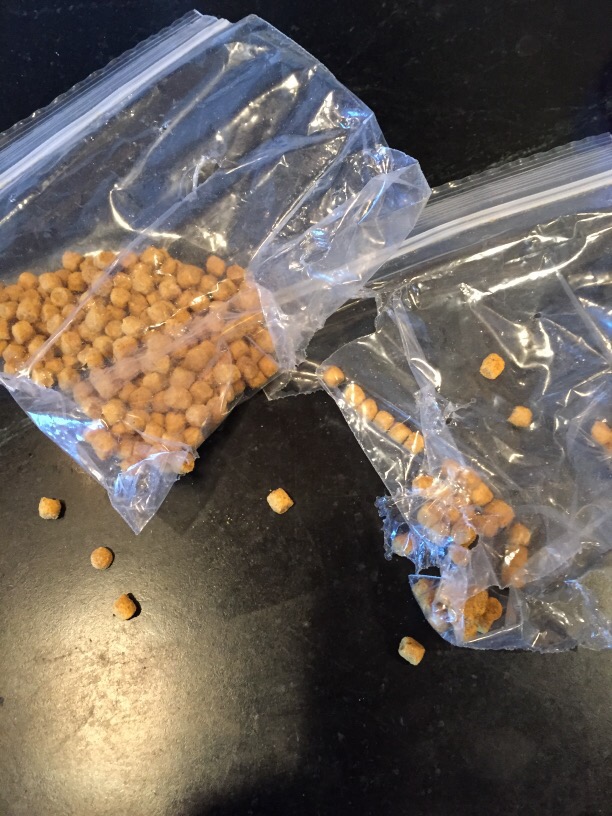 Those are the baggies of cat food my boyfriend Michael left out overnight for our neighbor, Karen, who will be running upstairs, later today, after I leave for a weekend get-away in New Hampshire with my friend Barbara. Why did Michael leave out those baggies of cat food? Because he left last night to help out his brother, who runs a catering business and who is running a wedding today.

To continue a running cat gag I first started in a previous mysterious post, I shall now ask you which cat you think perpetrated the crime.  In other words, who was running on top of the kitchen table in the middle of the night and running his teeth through the baggies until the cat food was running all over the floor?

Was it this cat? 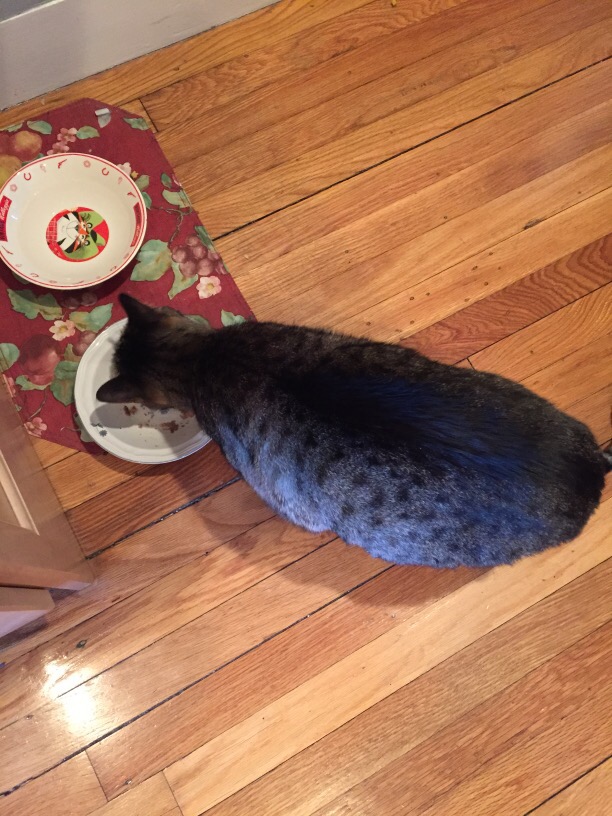 Or was it this cat? 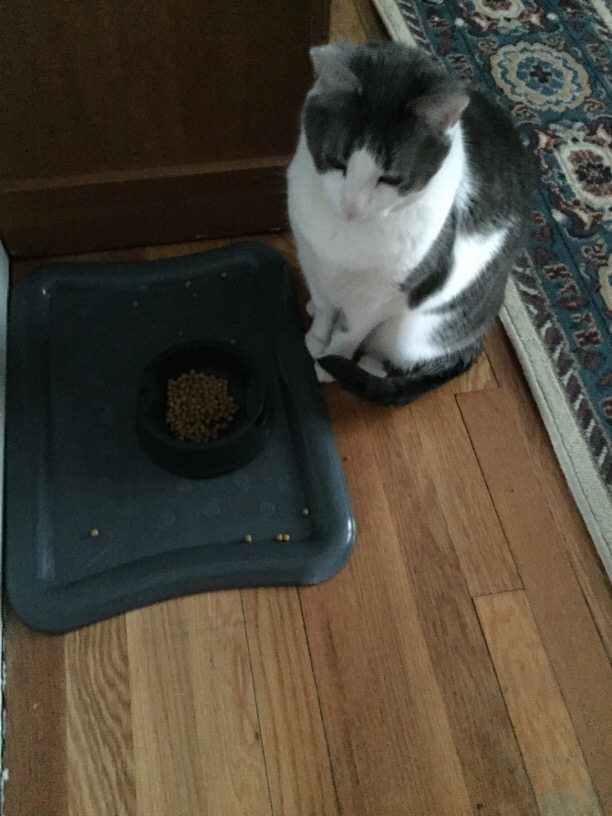 Or perhaps it was both cats, running amok.

I just ran over to add an update to Michael’s instructions to Karen: 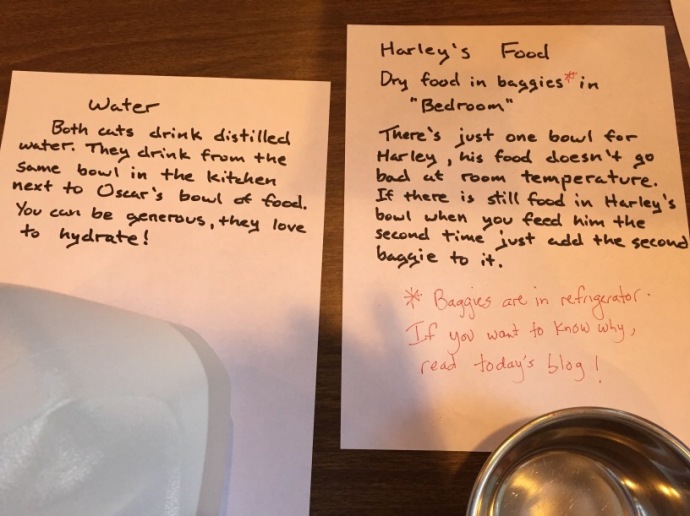 In case you want a running song running here in this post, here’s “It Keeps You Runnin'” by the Doobie Brothers:

The “it” that keeps somebody running in that song is … what?

My running belief is that “it” is:

No matter what keeps us running, I’ve got to run, now, to my get-away weekend in New Hampshire!

Running thanks to Spenser: for Hire; to The Doobie Brothers; to running shoes, boyfriends, cats, and neighbors; and to you — of course! — for running by here, today.

* As I’m checking this post today, that Spenser: for Hire episode, “Original Sin,” is not running on YouTube.  Maybe it’s available elsewhere on the web?