Posts Tagged With: Get In Shape for Women

I just googled “Magic Time” and discovered that was the wrong name — living in my brain — for this:

Magic Hour refers to the half hour at the beginning and ending of each day as the sun transitions and casts a golden yellow glow. It is light at its most beautiful and photographers will wait to capture it.

(I found that quote at the Magic Hour Foundation.)

Having learned that, I considered changing the title of this post. However, I’d like to show you photographs from many hours, yesterday.

This is the first photo I took yesterday, when I was stuck in traffic on the way to work. Because of the morning news, I made note of another possible blog post title:

We can only guess at other people’s pain.

Every Wednesday, I work a half day, which includes facilitating a therapy group. Many people showed up for group yesterday. The result, in my mind? Magic time.

Also, I got a magical phone call, yesterday morning, from Tufts Dental School. What was so magical about it?  I had made a wish, earlier in the week, to get my son, Aaron, a necessary dental X-ray on a Wednesday afternoon (when I could be available, to take him).   At first, I was told this was impossible, but yesterday’s phone call said, “Bring your son in, this afternoon!”

Here’s something Aaron and I saw, in the parking garage, before his X-ray: 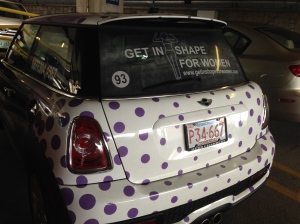 Aaron observed, “That’s really confusing.  Is that for women?  Or is that telling men they should get in shape for women?”

Sometimes when Aaron asks a question, I’ll say, “I don’t know.”  Yesterday I said, “I think that’s making the blog.”

Before Aaron got his dental X-ray, a woman in the waiting room sneezed, several times. Several of us said, “Bless you!”  She replied, “I never sneeze like this!”  I said, “Maybe you’re allergic to dentists.”  My aside to Aaron, “I think I just channelled my father.” 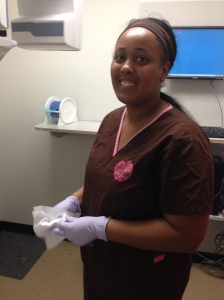 That’s Gina. She was one of the people who said, “Bless you!”  And, she made the magic X-ray happen. Thank you, Gina!

We saw those characters on the outside wall of the sushi place where we ate, after the X-ray. Can anybody magically transform those Japanese characters into English?

Later, I drove Aaron to his play rehearsal. (I didn’t take photos of that space, yesterday, but other pictures from there make magical appearances  here, here, here, and here.)

Then, during Magic Hour, boyfriend Michael and I took a walk. Here’s what I saw: 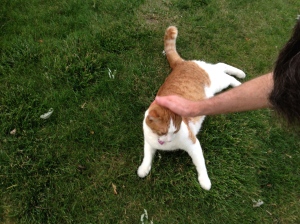 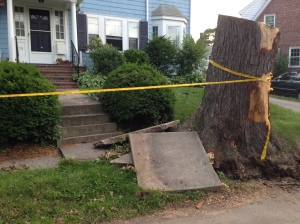 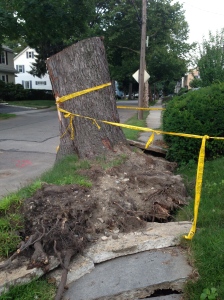 Thanks to Aaron my son, Aaron my father, and Michael my boyfriend; to people who heal in groups (and elsewhere); to Gina, for helping lots of people yesterday; to those who see (and create) magic, to trees (and other beings) trying their best to stay upright, and to you — of course! — for making time for magic, today.