As I told my readers yesterday morning, I planned to spend my Sunday in the company of artists, most notably:

I wasn’t sure if I was going to make all the planned rounds of my personally planned tour,  yesterday, because I’ve been feeling tired lately. However, I did make my way back to Fenway Open Studios, no problem,  for the second day of Paul’s “I’m Moving to Hawaii” sale.

On my way, I noted other kinds of artists: 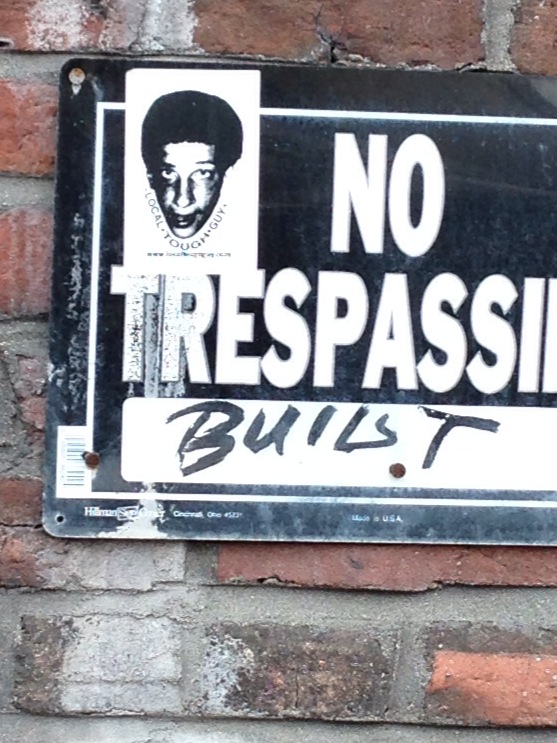 Yesterday, because it was Sunday and because I didn’t run into  a friggin’ Spartan Obstacle Course Race (mentioned and foreshadowed in this post, somewhere in my “artistic” ramblings), I had a much easier time reaching and parking near all the artists at Fenway Studios. 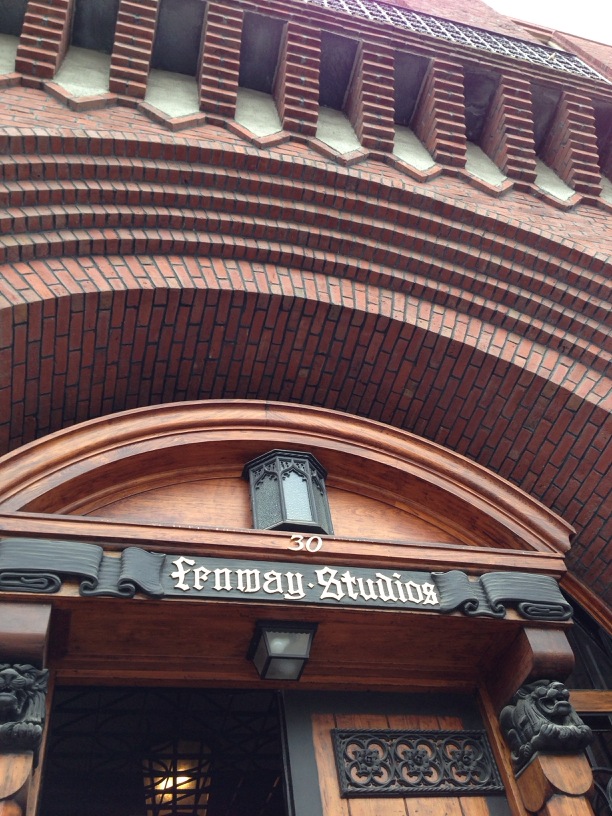 After I reached Paul’s studio, I heard today’s topic sentence

Are you the artist?

many times, as people — who were visiting Paul’s place and looking at his art — wanted to identify, engage with, and communicate their thoughts and feelings to the artist.

Are you the artist?

but instead to another Paul

who is a friend of Paul’s or to Chris

who is another friend of Paul’s.  Actually, Paul has a lot of friends. That is another way he is an artist — connecting with people through friendship.

I’m sure that the other Paul and Chris have their own art forms … as do we all.

I told Chris, Paul, and other people at Paul’s studio that I was sad about Paul leaving us AND happy for his moving on to Hawaii. That’s one way I’m an artist — accepting and expressing lots of different feelings, even simultaneously.

And I had lots of feelings as I looked around Paul’s studio. 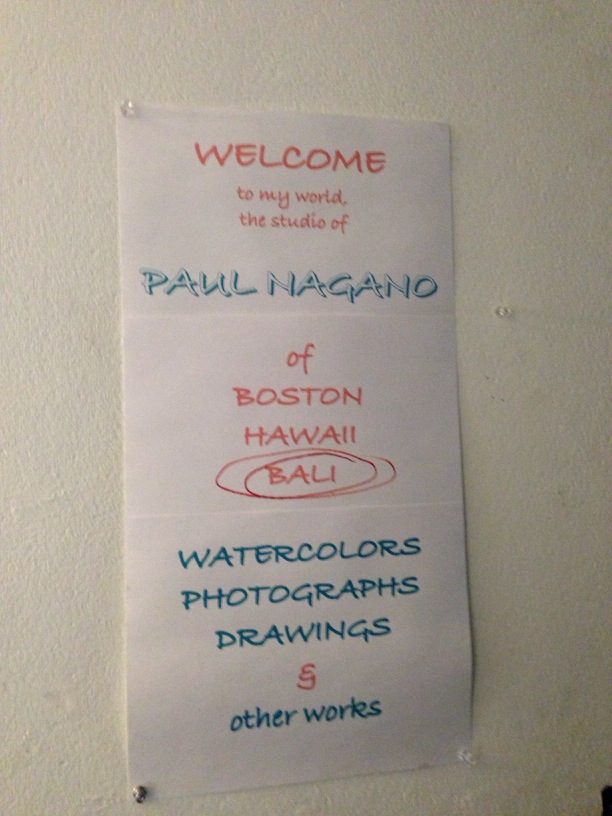 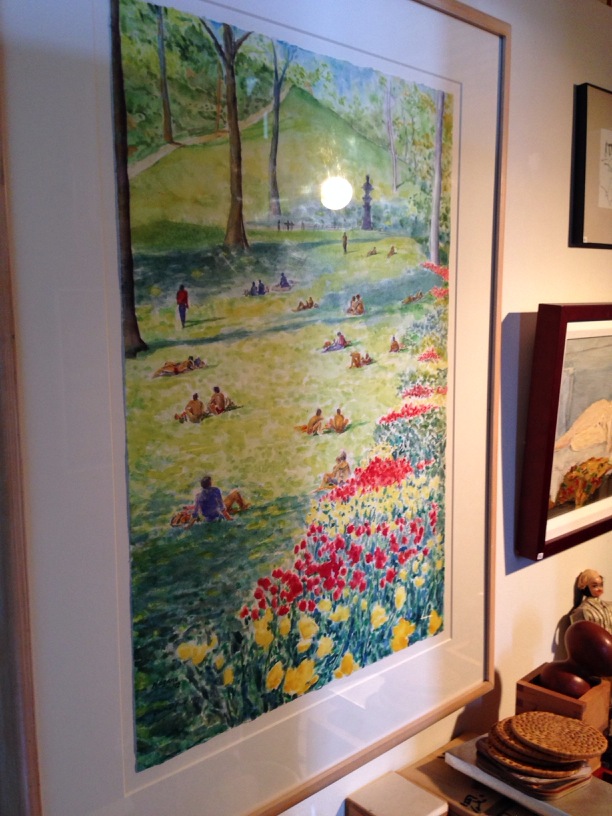 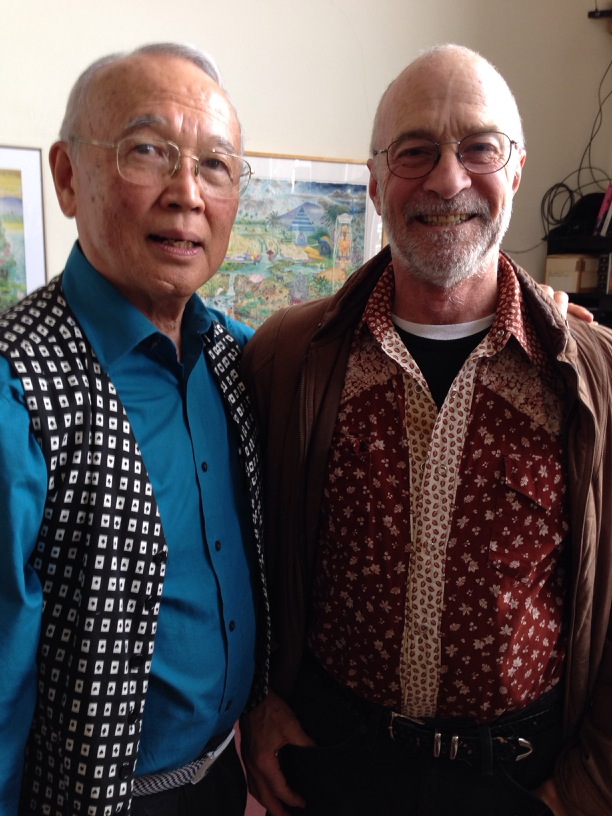 That’s Paul with yet another good friend of his, named Ted, who told us that another artistic friend  made his one-of-a-kind shirt for him.

After I left Paul’s, I spent some time with my boyfriend, Michael (who is a cooking artist, among other things) and my son, Aaron (who I think is an artist at EVERYTHING but, you know, I’m his mother).  Before I knew it, it was time to drive to Worcester, Massachusetts (where I’m sure there are lots of artists) to meet my friend Peggy and go to the Pat Metheny concert.

While I fancy myself a photographic artist (at least for this blog), I did not take any pictures of the trip to Worcester, but I did snap these at Peggy’s home: 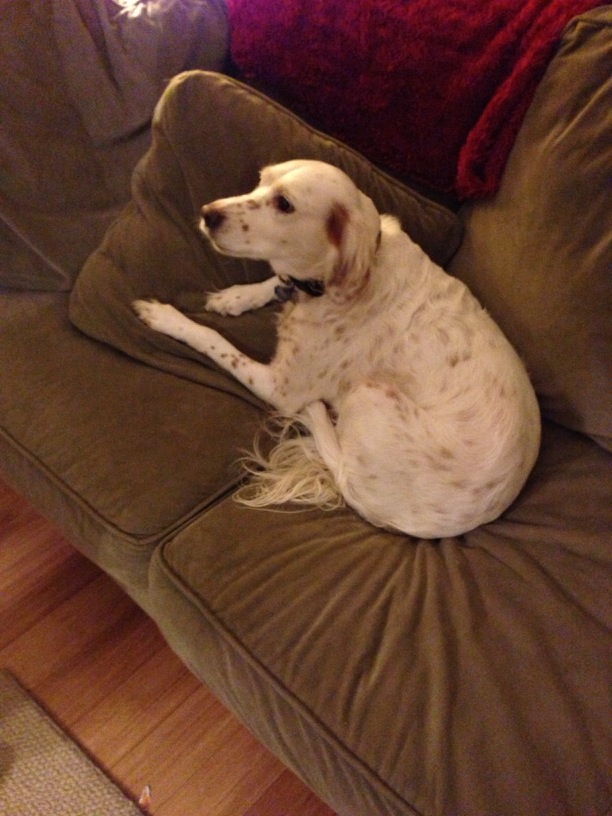 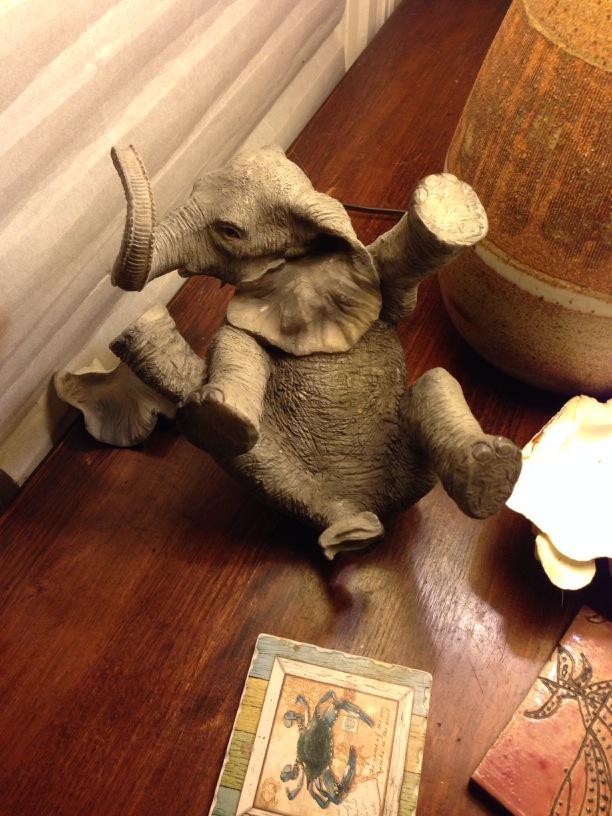 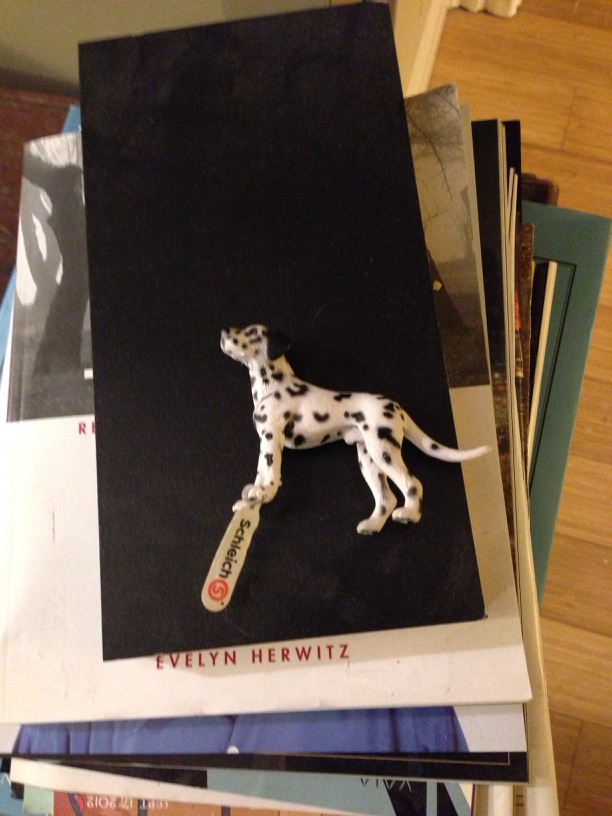 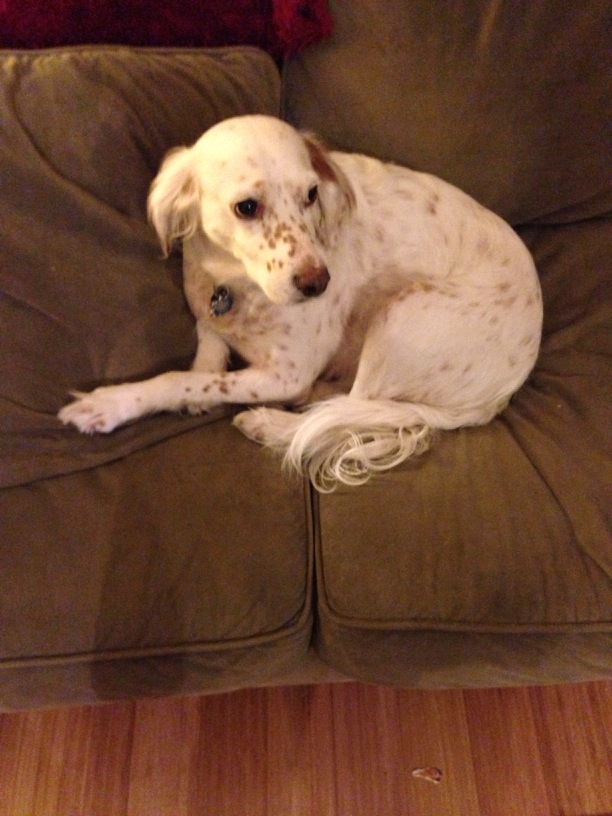 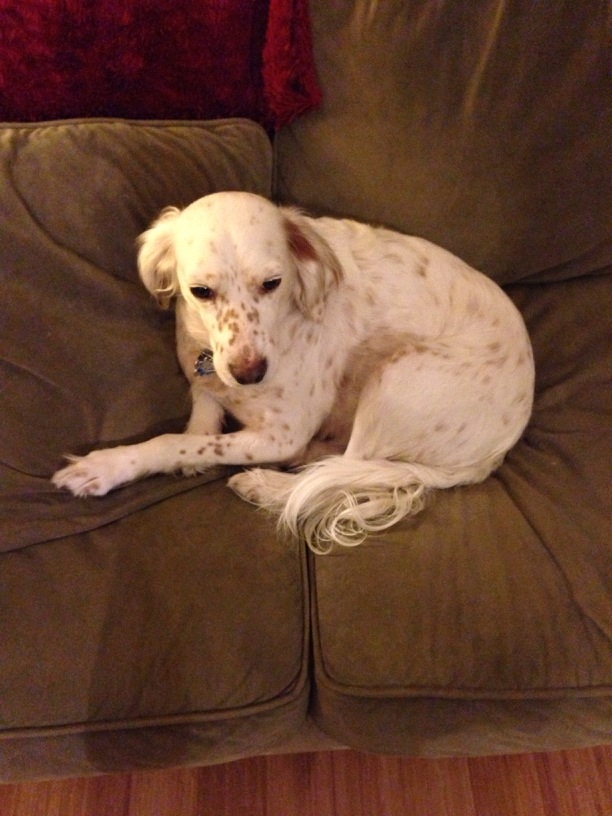 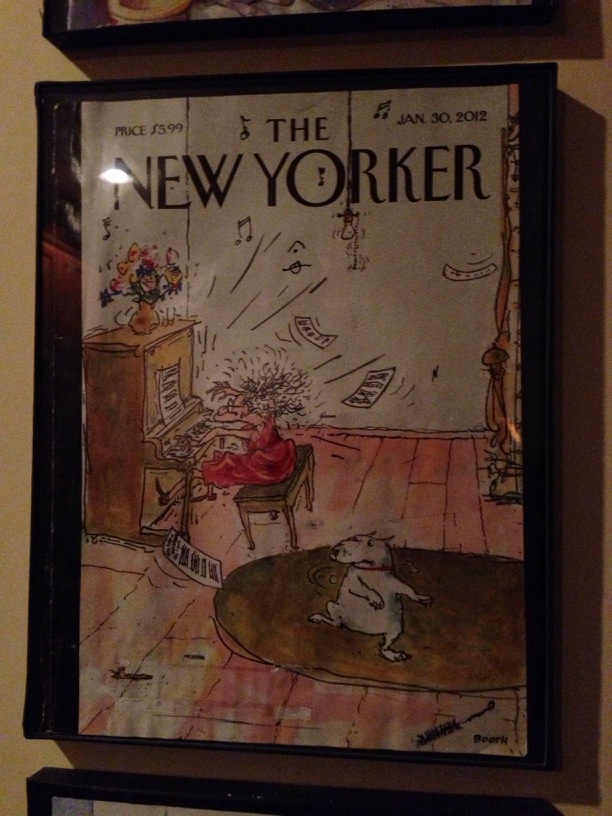 Peggy, another “Friendship Artist,”  loves her dog Lulu and she loves elephants. I thought her home was very artistic, too, but I’m not sure if I captured that.

Then, I was back at the Hanover Theater, a very artistic location, for the second time in two weeks (I saw many young artists dancing there recently).

Soon after I took that photo of the Hanover Theater stage last night, I heard this announcement:

The artists appearing tonight have requested no photographs, taping, texting, or cell phone usage of any kind, so please turn off your cell phones.

I think I might be an artist of listening, because I heard that and I then heard two hours of sublime sounds, created by Pat Metheny on guitar, Chris Potter on saxophone, Ben Williams on bass, and Antonio Sanchez on drums.

Here’s one of the songs those amazing musical artists played, last night, from the Unity Band/Group’s latest album:

That’s “Rise Up!” (found here on YouTube), one of my favorite tunes from Pat Metheny and the Unity Group’s latest album Kin (<– –>). And the audience at the Hanover Theater in Worcester last night, which included many artists, did rise up, several times, during the concert.

Later, Pat and the other artists on stage performed a very artistic version of an old favorite of mine:

Have you heard something I’m trying to express here today?  We are all artists, one and all.

Time for me to leave for work, to engage in the art of therapy with others.

Many thanks to all the artists involved in this post today (including you)!

I first heard the sentence

No matter where you go, there you are

in the movie Buckaroo Banzai (which has a longer official title, which I’m not going to look up right now, because I have other places to go).

Let’s see if I can find that quote from Buckaroo Banzai on YouTube:

Not only did I find that clip on YouTube, I discovered that lots of other people around the world love that quote and that movie.   That clip also includes other quotes I like:

Is someone out there not having a good time?

Is somebody crying, out there, in the darkness?

Anyway, it’s time for us rejoin the adventures of Ann Koplow across the nth dimension (where “n” = how many dimensions you think there are, in this universe).

Today, I am going to Worcester, with my friend Peggy (not Penny), to see Pat Metheny and his Unity Band/Group (which includes Antonio Sanchez, who did the amazing drum score for the movie Birdman) (and if you want to find out more about that score, you could click that link, y’know).

Where am I seeing Pat Metheny and his Unity Group/Band, tonight?

I found both those photos of the Hanover Theater on the Wikipedia website.  The second photo shows the seats I occupied when I watched the “So You Think You Can Dance” tour recently (described here and here).

No matter when I go to the Hanover Theater, there I am.

Yesterday, I went some other places, and there I was. 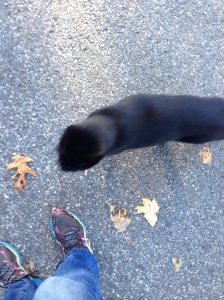 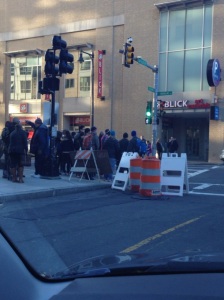 I was stuck in traffic as I tried to make my way to Fenway Studios to say goodbye to my long-time friend and artist extraordinaire, Paul Nagano, who is leaving the Boston area to move to Hawaii.

I finally found a legal, free parking space (!!!!) and there I was, at Fenway Studios: 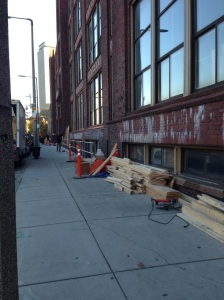 …  where I saw my old, beloved business partner (and longer-time friend), Jonathan Stark, and his lovely wife, Jen.

Before I took this picture, I told Jen that I loved her jacket. When I asked if I could include their picture in this blog, Jonathan said, “Yes, but only if you say that my jacket is fabulous, too.” (Jonathan and I worked together, for many years in the 1980’s and 1990’s, creating marketing and advertising materials, including print ads and promotional videos. One of the secrets to our success was to listen to and respect each other’s wishes.) (So there you go, Jonathan.)

I took a few more photos at Fenway Studios, yesterday:

… but I didn’t get to spend much time with Paul and his amazing artwork.  Therefore, I am going back there, today, before I head out to Worcester later.

Now, let’s see if everybody has been paying attention. How would you complete this sentence?  “No matter where you go ….”

And here’s another question. Are you going with me?

(You can go here to find Pat Metheny and The Metropole Orchestra playing “Are You Going With Me?” in the Netherlands. No matter where Pat goes, there he is.)

Thanks to Buckaroo, Penny, Peggy, Pat, Antonio, Paul, Jonathan, Jen, Birdmen, cats, musicians, artists, and everybody else who ever goes anywhere, including you (of course!).