Have people heard this death-bed quote, allegedly said by Edmund Kean, the greatest actor of his time, in the 19th century? 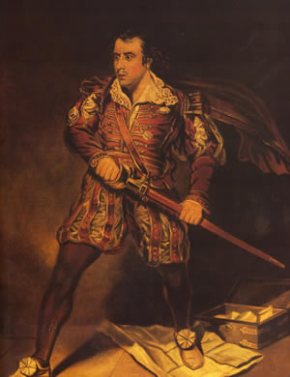 Dying is easy. Comedy is hard.*

I use the word “allegedly” in that introductory sentence because:

As often happens when I’m writing a weekend post, every move I make brings me further away from my original intent, which was to write about how difficult it is to tell good stories well.

To try to get us back on track, let me tell you this:  Last week, several times, I  quoted something I heard, in the 1980s, at a Film Criticism writing class.

It’s a lot easier to write well about a bad movie, than about a good movie.

My memory is failing me, regarding what the instructor,  Nat Segaloff, actually said, in that film school class. But I can picture Mr. Segaloff, standing in front of us, saying something similar, as he gave us this very memorable assignment: Write an interesting, well-written review for a great movie you really like.

Or, to cast that film-school writing assignment in the light of a dying actor’s witty quote:

Criticism is easy. Good is hard.

And that WAS the most difficult piece to write well, for many of us.

This issue came up for me, several times this past week, when I tried to communicate well about these stories:

This past week, I struggled, several times, with telling good stories about the good. In each case, I was neither pithy nor witty. Instead, I said … almost nothing. I gave up, because it felt too hard.

It helps me to remember, today, that I got a great grade on that film school writing assignment.

Thanks to Edmund Kean, Edmund Gwenn, and other dead or witty actors named “Edmund;” to Jane Austen; to Nat Segaloff;  to funny fathers;  to those who have names difficult to spell; to people who struggle with telling good stories for whatever reason; and to you — of course! — for reading this story, today.

* You very well may have heard this quote, especially because of a recent celebrity feud between Shia LaBeouf and Jim Carrey, after Jim Carrey used the quote at the Golden Globe Awards, in January:

Neither Shia LaBeouf nor Jim Carrey were on my mind, when I started writing this post. Thanks to HollyscoopTV, for posting that interesting story on YouTube.

* Another reason that “Comedy is hard” quote has been on my mind: my son has been performing stand-up comedy, lately, at Open Mic nights.

** I looked high and low for a good list of Mr. Bennet quotes, from Pride and Prejudice.  That IMDb link to 1995 and 2007 productions was the best I could do, for now.