Yesterday, I saw “Won’t You Be My Neighbor?” — the documentary about Fred Rogers.

As I messaged my sister beforehand, “I think it’s going to help me feel better about humankind.”

Immediately after I saw the movie, I noticed this sign:

Here’s Fred Rogers testifying in 1969 to a Senate Subcommittee that was on the verge of removing the funding for public television, which would have prevented lots of neighbors from seeing  his show, Mr. Rogers’ Neighborhood.

I agree with what Fred Rogers says there — including “We’ve got to have more of this neighborhood of care” —  and I’m glad that Senator Pastore was swayed by his testimony.

I think the world needs more neighbors like Fred Rogers and fewer ones who send out hostile tweets to and about all sorts of neighbors.

neigh·bor
ˈnābər
noun
1. a person living near or next door to the speaker or person referred to.
“our garden was the envy of the neighbors”
verb
1. (of a place or thing) be situated next to or very near (another).
“the square neighbors the old quarter of the town”

We all live near to each other on this small planet, so we’re all neighbors.

Won’t you be my neighbor as you look at these other photos from yesterday? 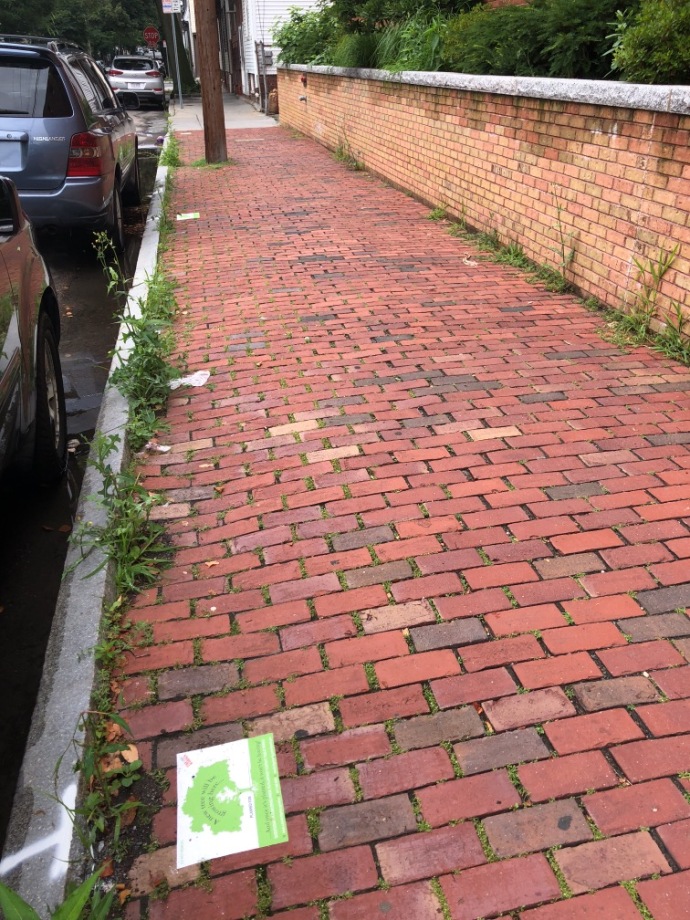 I’m glad that the new trees in Cambridge won’t be leaving.

I want to share one of the many songs Fred Rogers wrote, which he sings here to Jeff Erlanger.

Thanks to all my neighbors who helped me create today’s post and who are reading it–  including YOU, my neighbor.