This weekend, I’ve been attending a 3-day group psychotherapy conference called  “What Moves Us: Tuning in to the Body, Our Groups, and Ourselves.

Yesterday morning, I was moved by a workshop presented by Bette Freedson, LICSW —The Healing Wisdom of the Mind, Body, and Soul: Intuition, Compassion, and Connection in a Group Setting.

What moved me, at that workshop?

Two hours later, I moved on to another moving conference activity —Music, Movement, and Moments of Meeting: A Group Experience, presented by the moving and wonderful Suzanne Cohen — in a huge ballroom at Simmons College in Boston. As I was moving freely and joyfully among 42 other dancing and moving group therapists, I moved my head up and saw a moving sight: 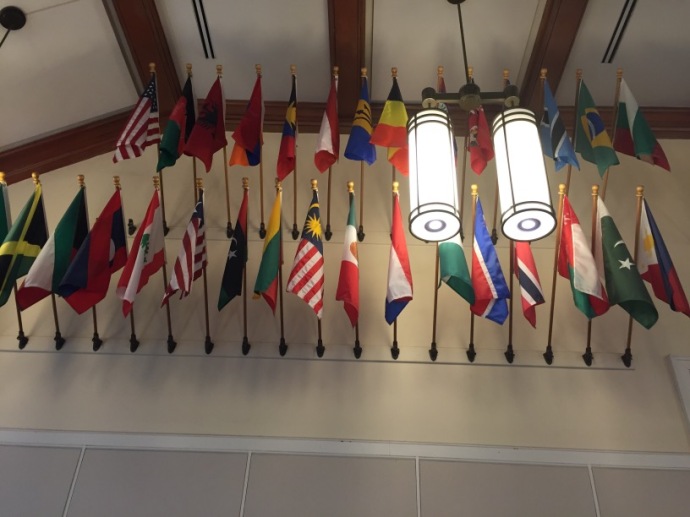 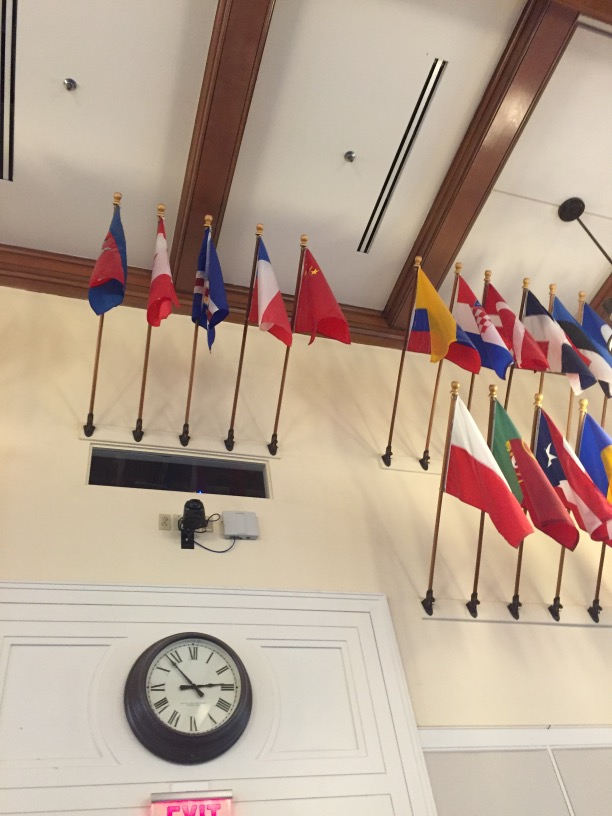 A world of flags, which moved me so.

What moves you? And which of these moving tunes would be the best theme song for this post?

Something in the Way She Moves?

If you are moved to suggest another moving tune or anything else in a moving comment below, move it!

What is moving me, right now, is the realization that I’ll be participating today  in an all-day  demonstration group, SE-Informed Group Psychotherapy: Moving Beyond Trauma to Embodied Relationships.

Moving thanks to all who helped me create this moving post and to you — of course! — for moving yourself here to read it, here and now.