It’s not unusual for me to

In yesterday’s blog post — Day 2545: Transformation — I asked people to identify the guitarist on the 1965 Tom Jones hit, “It’s Not Unusual.”

It’s not unusual for me to send an email like this to Michael:

Who was the keyboardist on “It’s Not Unusual”?

One of the most famous keyboardists in rock and roll history!

Love,
One of the least famous keyboardists in history

It’s not unusual for me to share my latest photos. 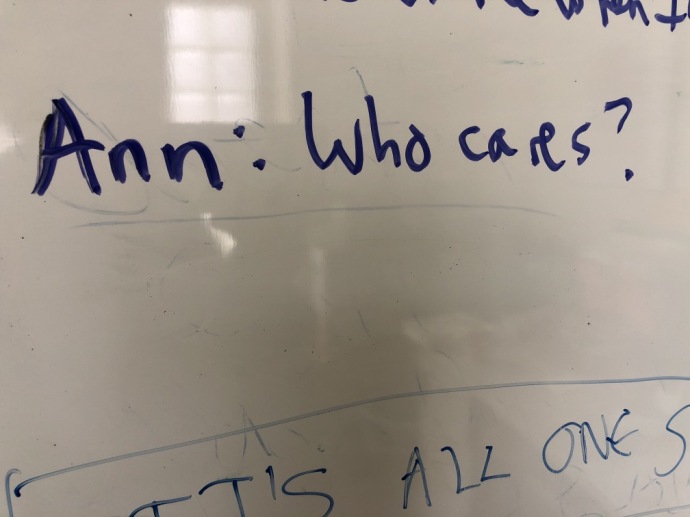 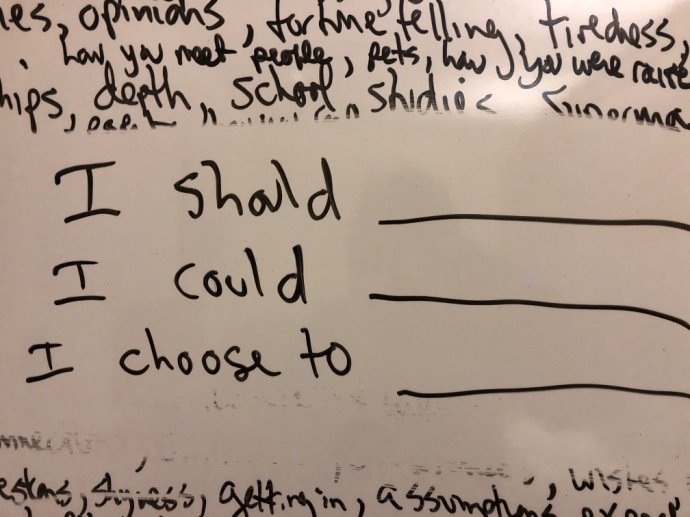 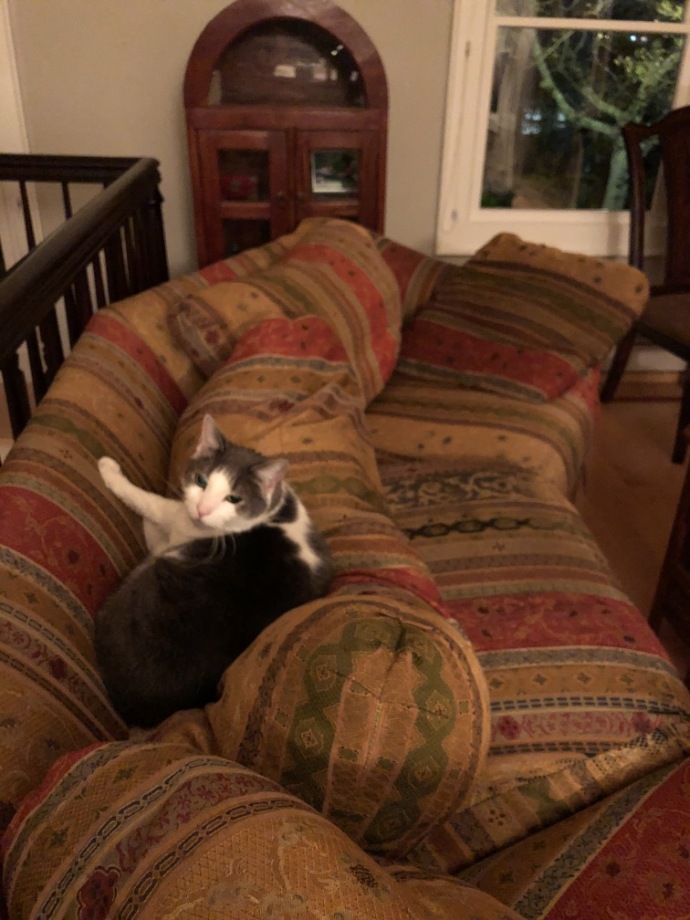 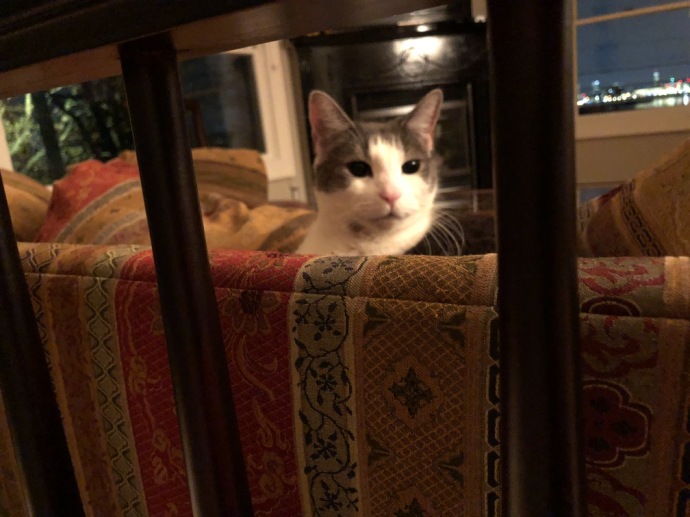 It’s not unusual for a cat to look at a king or a blogger.

A CAT MAY  LOOK AT A KING

It’s not unusual for me to express gratitude for all who help me create these daily blog post, including YOU!

Day 1892: Why people respond to you the way they do

One thing I consistently relearn in this world (especially when I attend a group psychotherapy conference) is why people respond to you the way they do.

Last week in Houston, I found that people responded to me the way they did because of

Here are two examples of people responding to me the way they did:

In a very large group, a woman sitting near me responded to everything I said with hostility, aggression, and opposition.  After the group session,  I approached her and  asked her if I had offended her in some way.  She said, “Oh no!  I’ve never done one of these large groups before. I just thought that was what you were supposed to do — argue with the person who had just spoken.”

In a different, much smaller group, I was the first to speak up.  A man sitting across from me seemed to respond to everything I said with some mild hostility. After about an hour, I let him know, in the group, that I was experiencing  some hostility from him and I wondered what that was about.  At first he said he wasn’t aware of being hostile towards me.  When another group member joined me by telling him she also saw the hostility towards me,   he thought about it. Then he  said, “I guess there is some hostility there. I saw you yesterday in another group where you spoke up first.  When you spoke up first here, I thought, ‘Oh, there’s Ann, doing THAT again.’  I said, “Oh!  Now I understand.  Thank you!”

I respond to the world the way I do, sometimes through pictures. 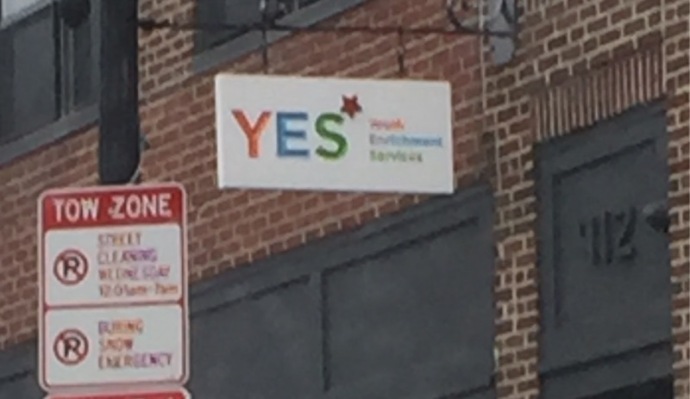 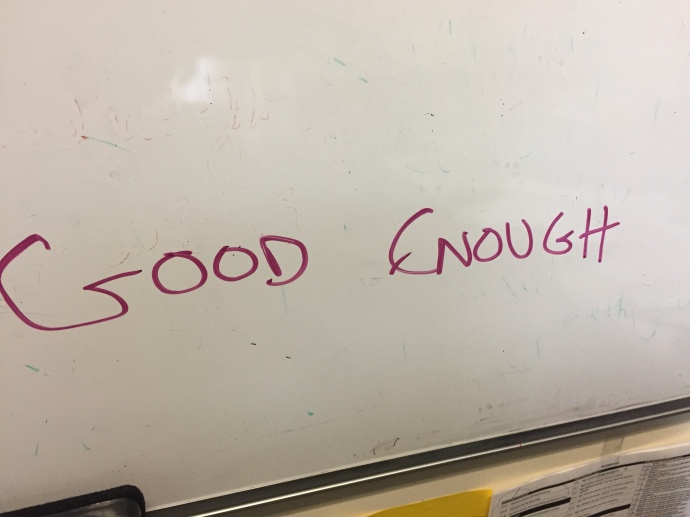 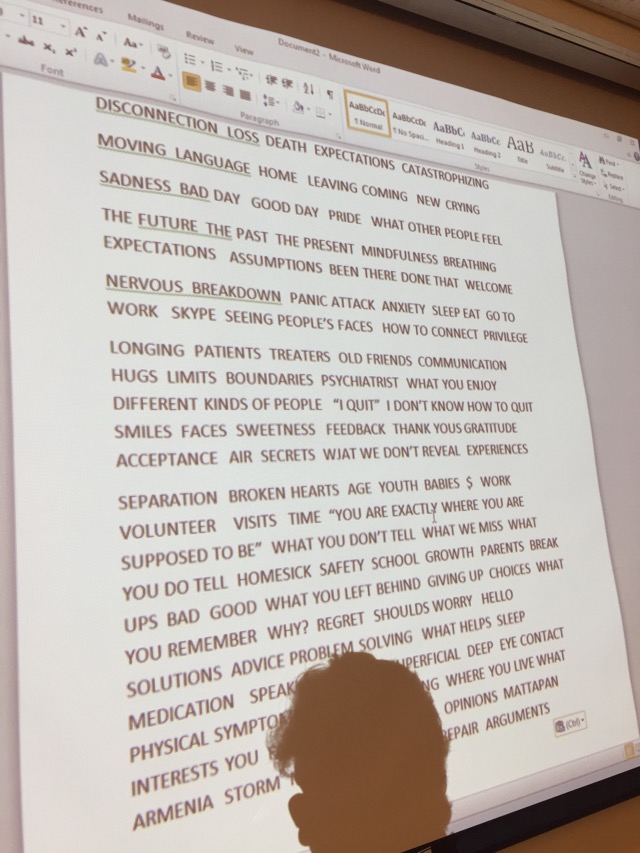 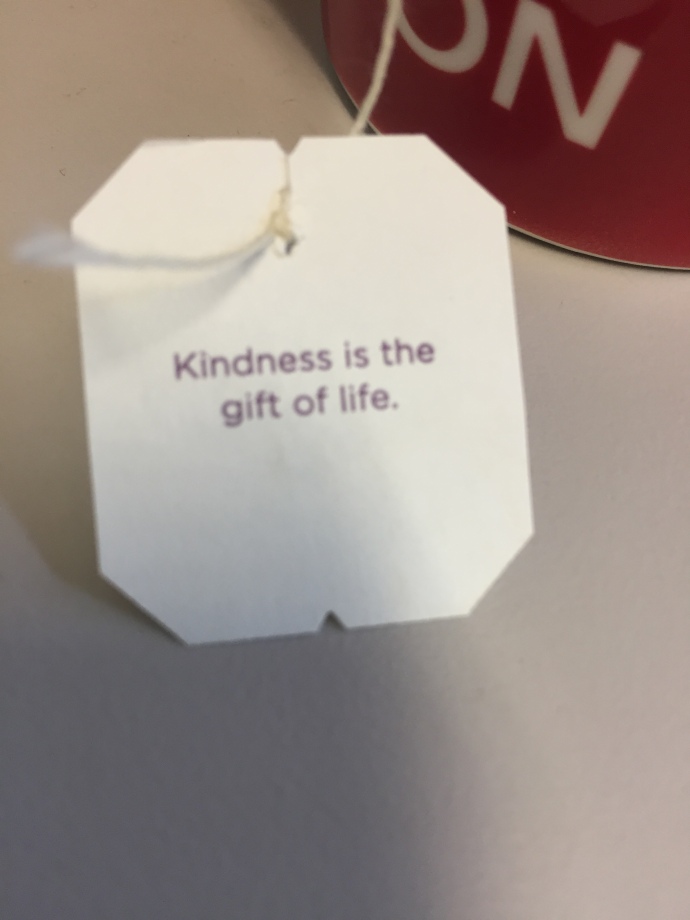 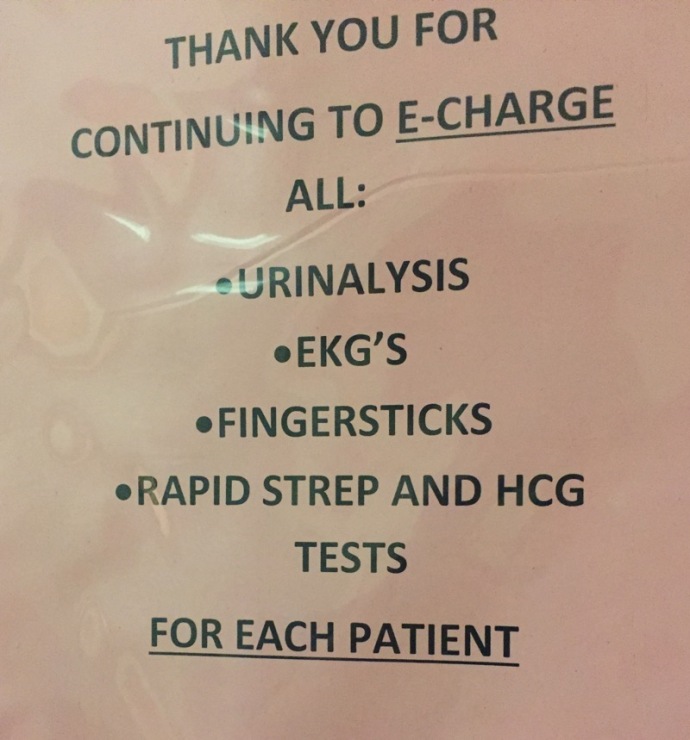 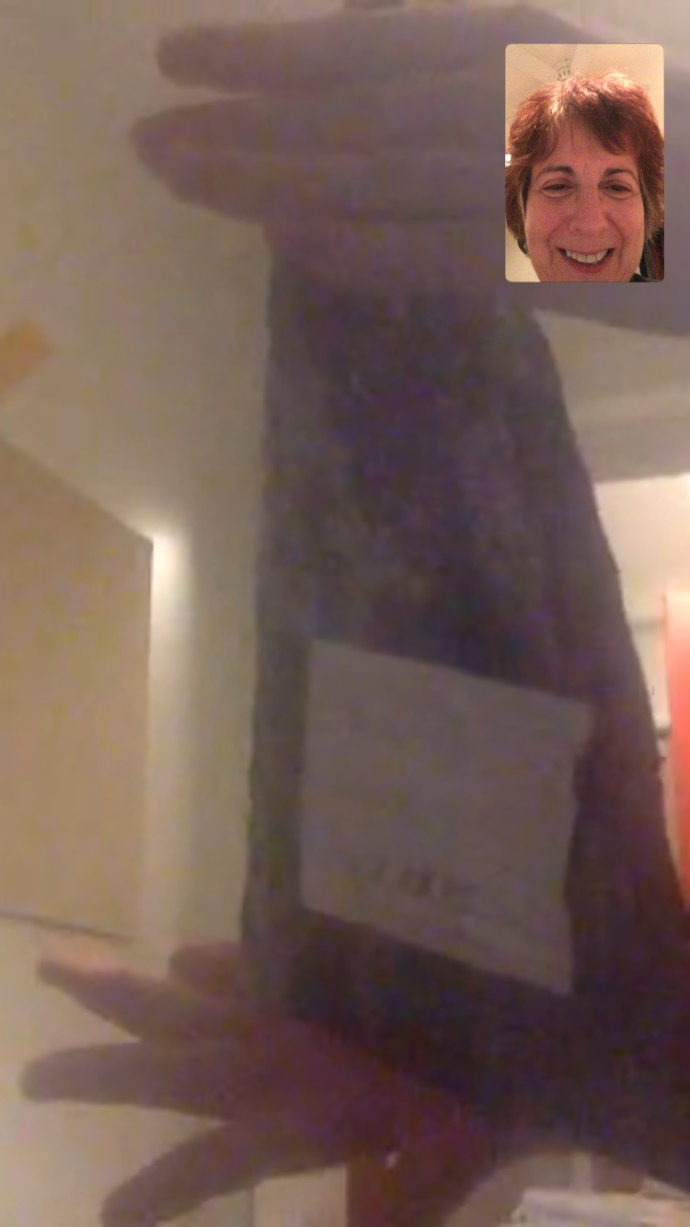 I responded to my son Aaron’s news about winning the University of Edinburgh Stand Up Comedy Championship by taking a screen shot of his award (above).  I responded to my wish to find his comedy routine on YouTube by searching  that site by his name.  YouTube responded with this video:

I respond to that video the way I do because I’m his mother.

Please respond to this post the way you do.

I respond the way I do, here and now,  because I’m grateful to all who helped me create today’s post and — of course! — to YOU.

About a thousand days and blogs ago (but who’s counting?) I wrote a post about the basket of stones I use in my work as a group therapist.

When I orient a new person to my groups, I ask them to choose a stone from the basket for a mindfulness exercise.  At the end of the orientation, I tell them that the stone they chose is their “Coping and Healing Stone” to keep. People seem to love their stones.

Yesterday, when I returned to work from a week-long group therapy conference in Houston,  the basket of stones was not in its usual place on my bookshelf.  I searched my office and the rooms where I do group therapy, but that big basket of beautiful stones  remained missing.

I asked Juli,  who had facilitated some of my groups while I was away, if she had taken the basket of stones from my office.  She said, “What? No!  What a weird thing for somebody to take!”  As she thought about it, she remembered that when she had gone into my office to get some shells for a group mindfulness exercise,  she didn’t see the stones there then. So they had apparently disappeared early in the week I had been away.

Then, I started to compile a list of suspects, which is what we humans do.  The most probable suspect was a patient with chronic mental illness, who  had been in my office and chosen a stone from the basket.  I checked to see if this patient had been in the practice the week I was gone and I discovered that he had been —   on Monday to see his primary care doctor.  I told his doctor that I suspected this patient had taken the stones.  His doctor agreed  that was possible and  we discussed the patient’s mental state and how to help him.  I told the doctor I was not going to mention the missing stones to the patient.

I got on eBay and ordered a new basket and new stones. I had two people scheduled yesterday to be oriented to my group, which meant I needed stones for the orientation mindfulness exercises. However, in an amazing  and fortuitous coincidence,  I had brought in with me several beach stones that were given to me on my birthday by my friend Megan’s daughter.

Later in the day, I was standing in the hallway talking to a co-worker, when the practice director came out of her office carrying MY BASKET OF STONES.  She explained that she had gone into my office while I was gone, taken the stones, and used them in a group.  She said, “You have a funny look on your face.”  Maybe she thought I was stoned.

I let the falsely suspected patient’s doctor know about what had happened  My conclusion: “The mentally ill get blamed for everything.”

Last night, I noticed that I had missed a phone call from my son Aaron, who is studying at the University of Edinburgh, which has many buildings built of stones.  He had called around 4:00 AM, his time.   I called him back right away.

Aaron, who often looks a little stoned (especially when he’s tired), said, “I won the Edinburgh University Comedy Competition tonight.”   My boyfriend Michael asked (as I knew he would), “Did you win any money?”  Aaron said, “No. ”  And he showed us what he had won. It was an enormous stone.

Feeling stoned yet?  Here are some photos from yesterday. 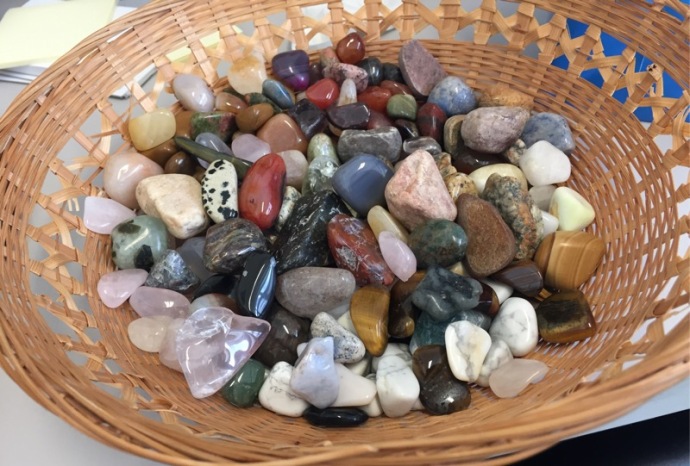 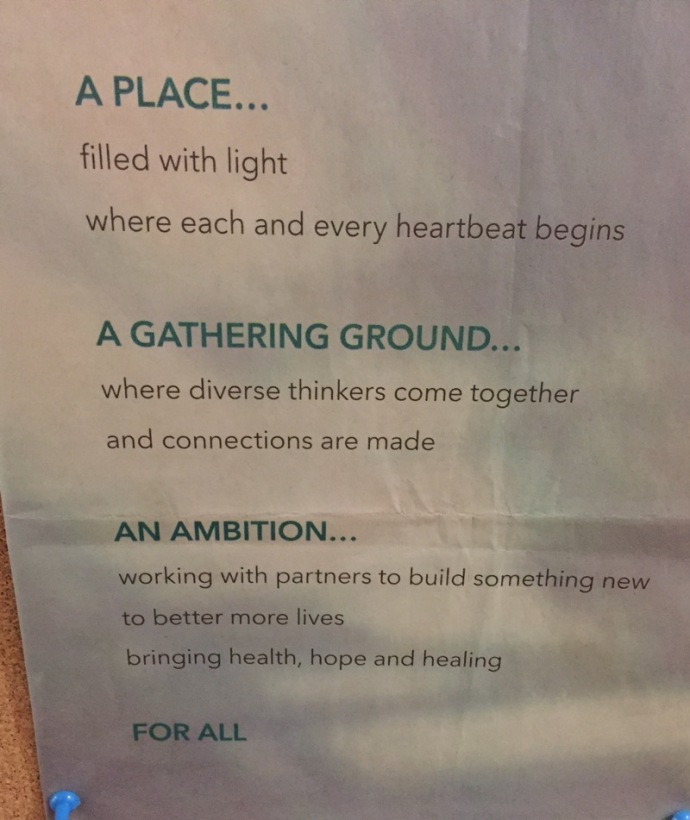 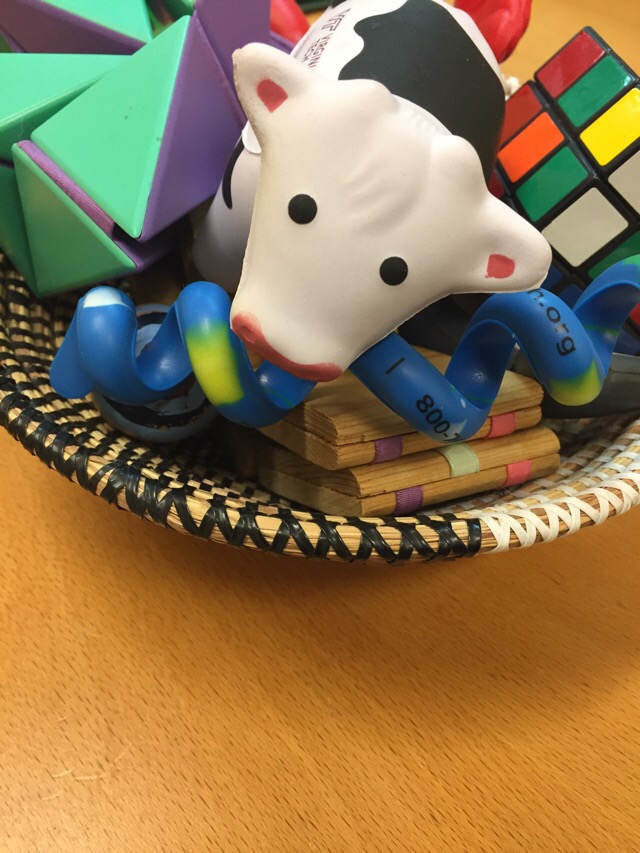 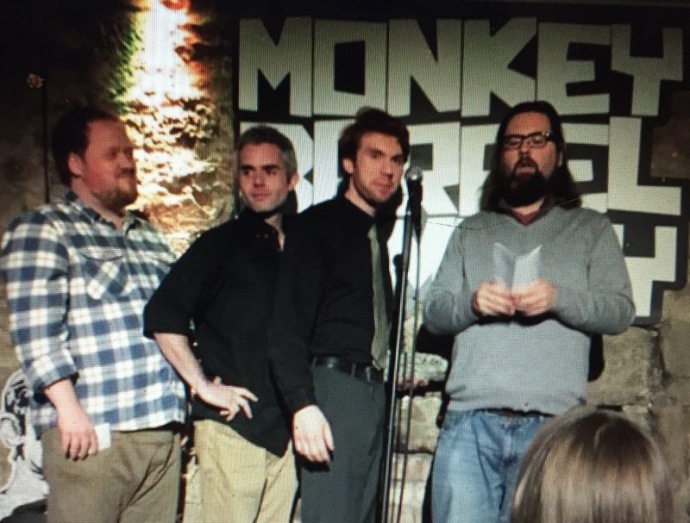 If you look closely at that last photo, you can see Aaron holding the stone he won as the Edinburgh University Revue Comedy Champion 2018.

People in glass houses shouldn’t throw stones, but feel free to throw out some comments below.

Thanks to all who helped me write this post about stones and — of course! — to YOU.

Have you ever been invited to go to a website of pictures taken before disaster strikes? Have you taken the bait to click and look? If so, that’s not a disaster — that’s just the human trait to focus on disaster and catastrophe.

Some of the photos in today’s post ARE pictures taken before disaster strikes. 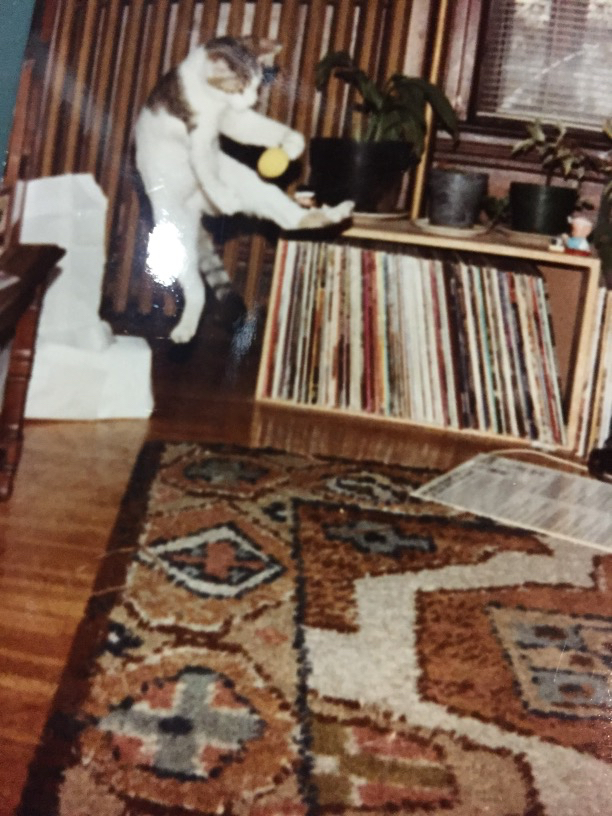 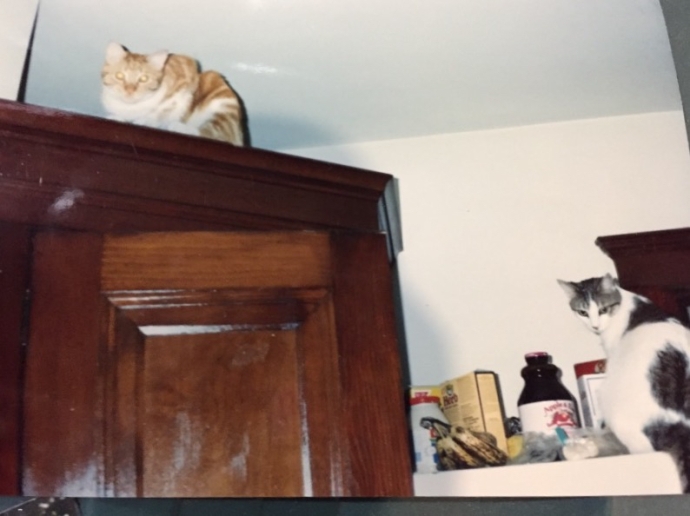 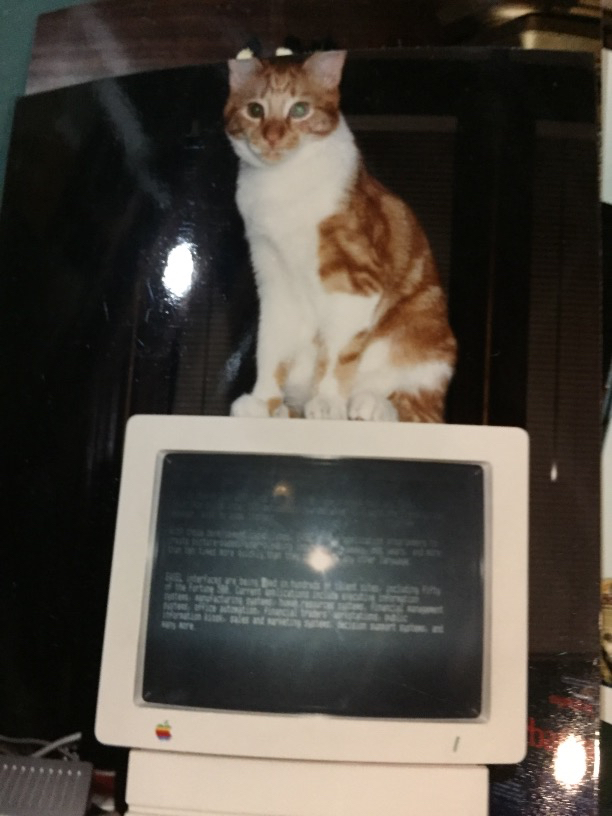 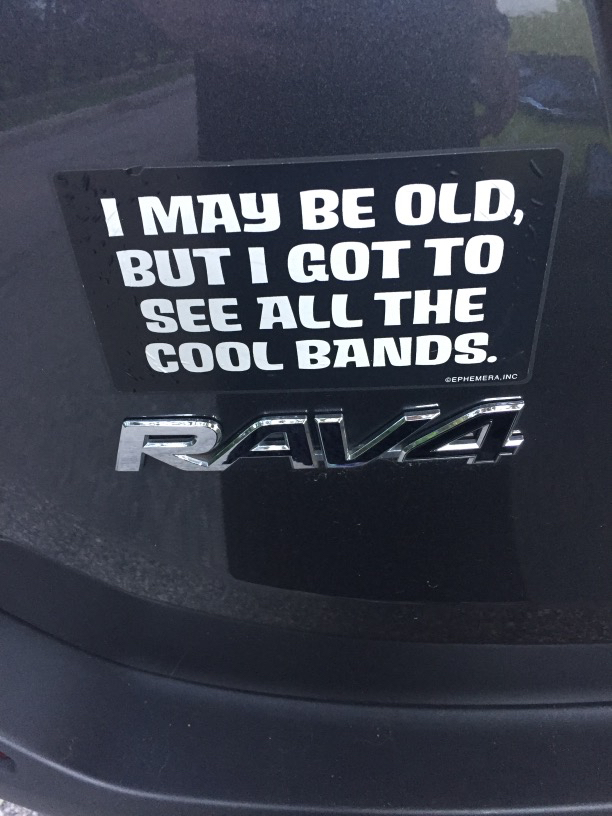 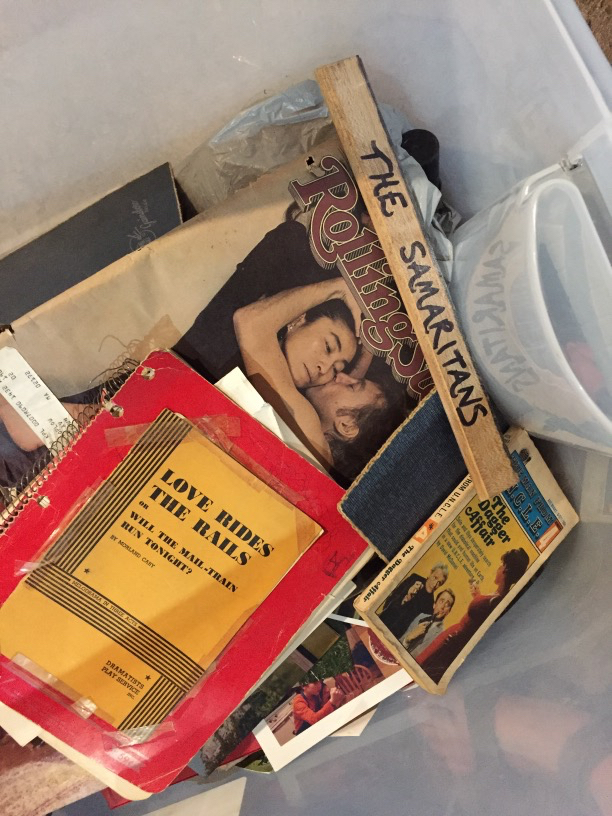 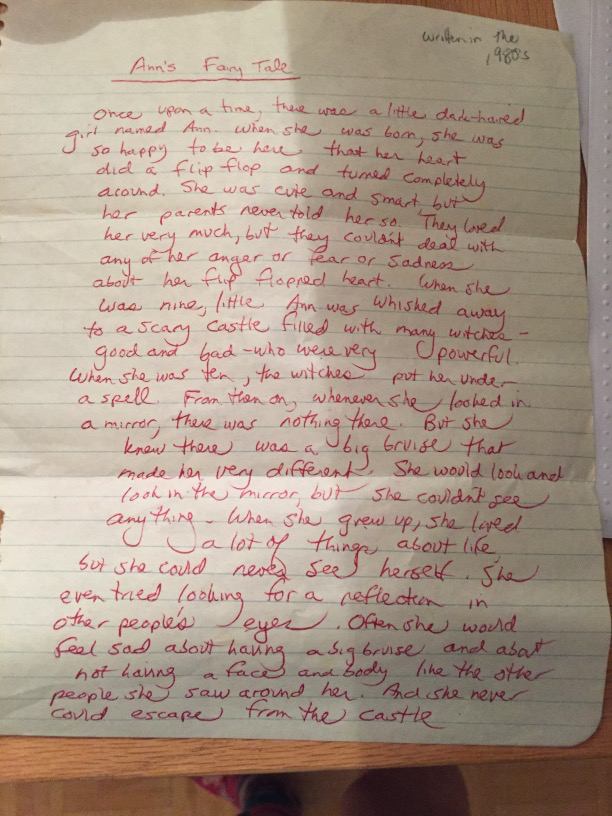 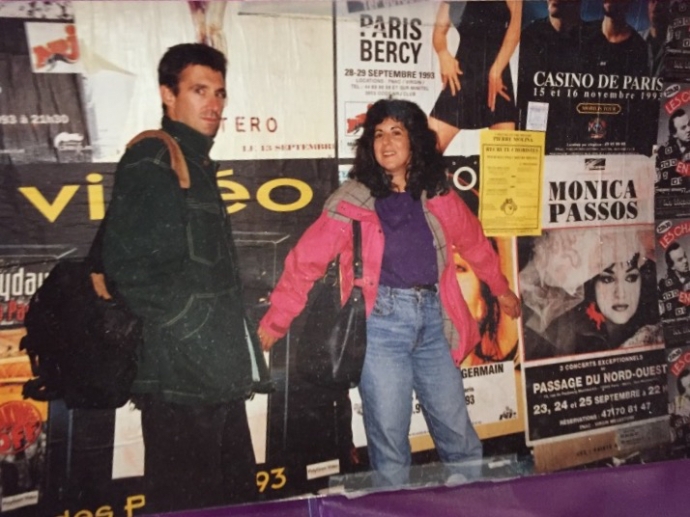 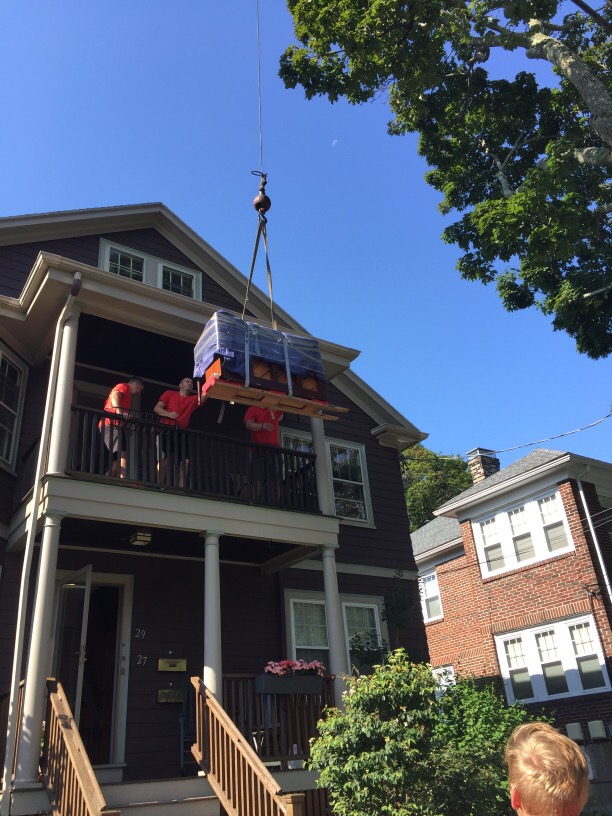 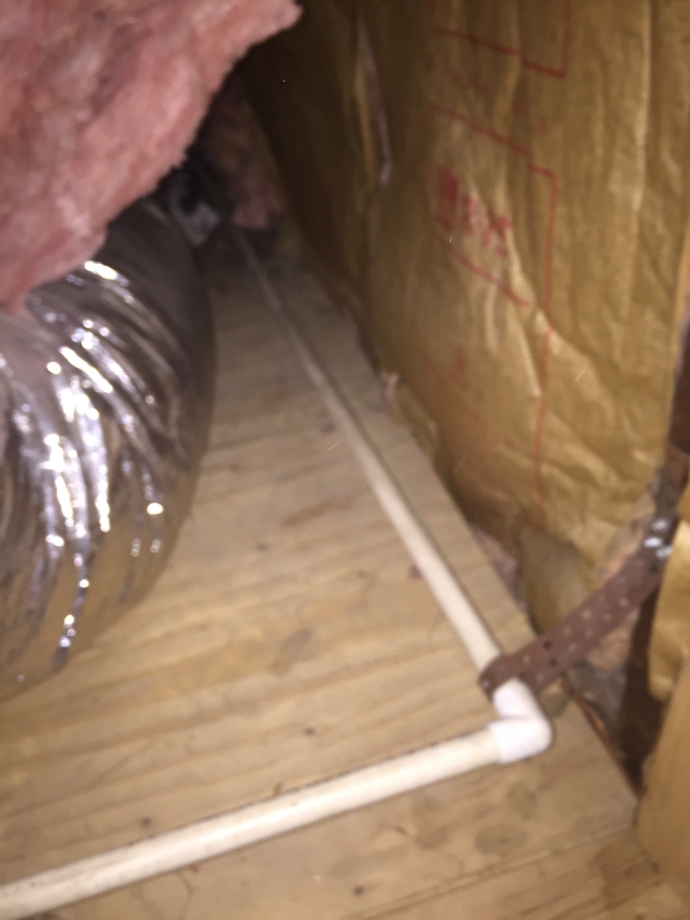 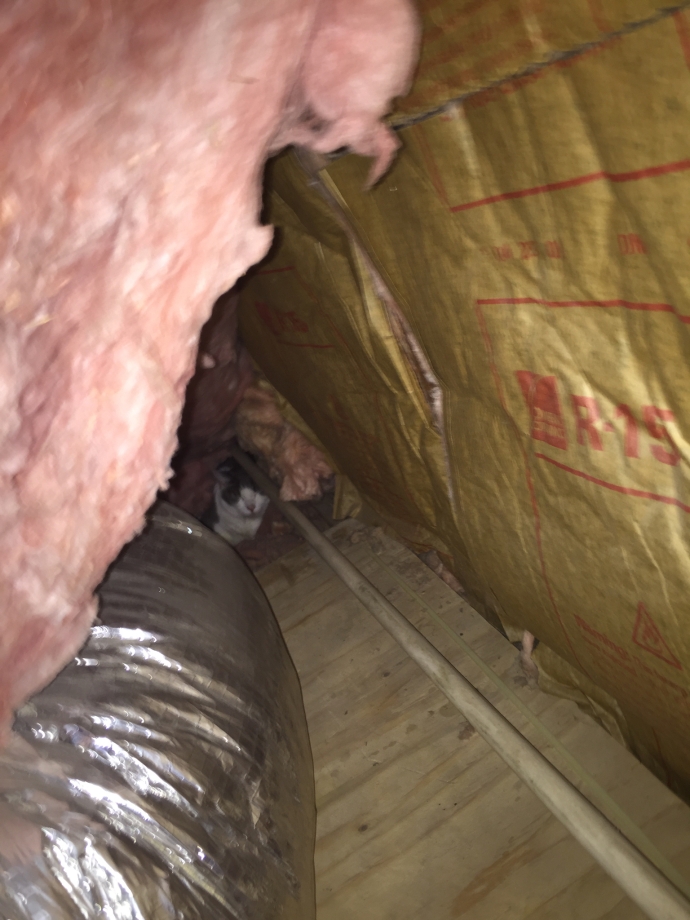 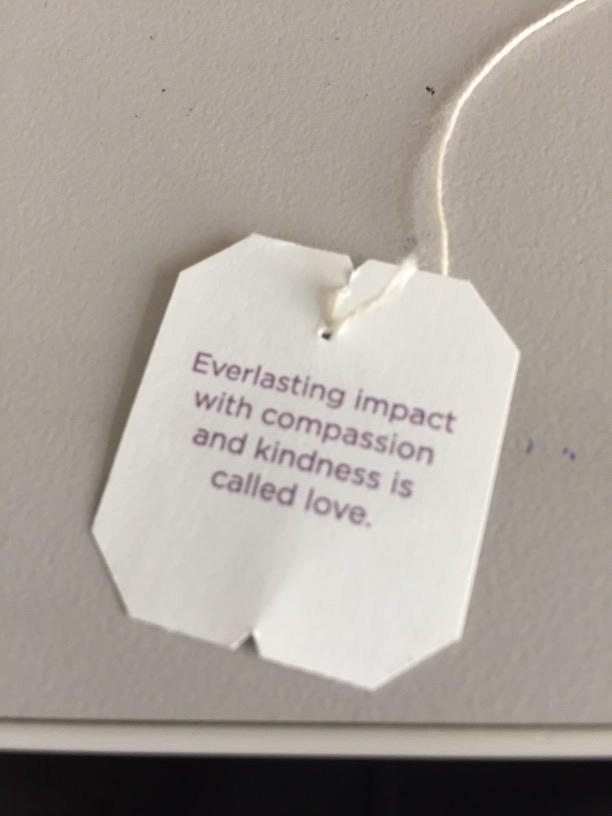 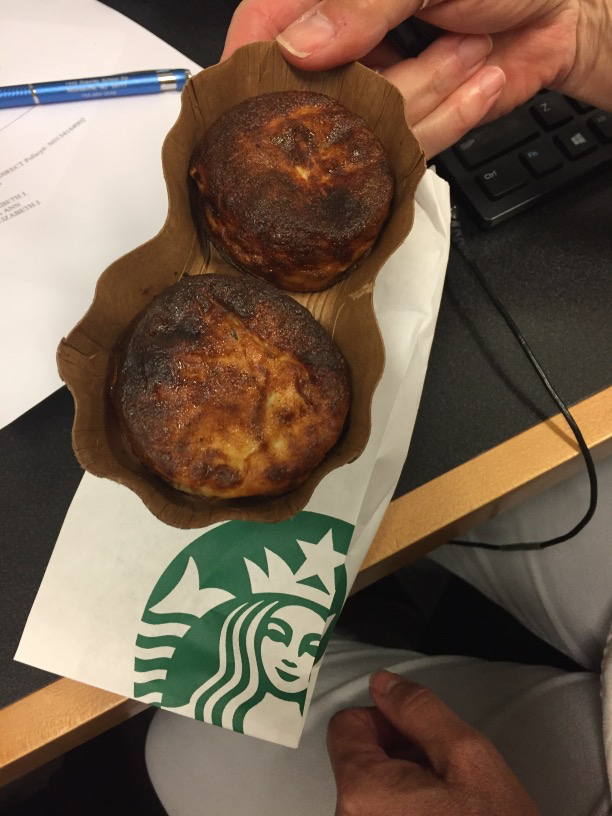 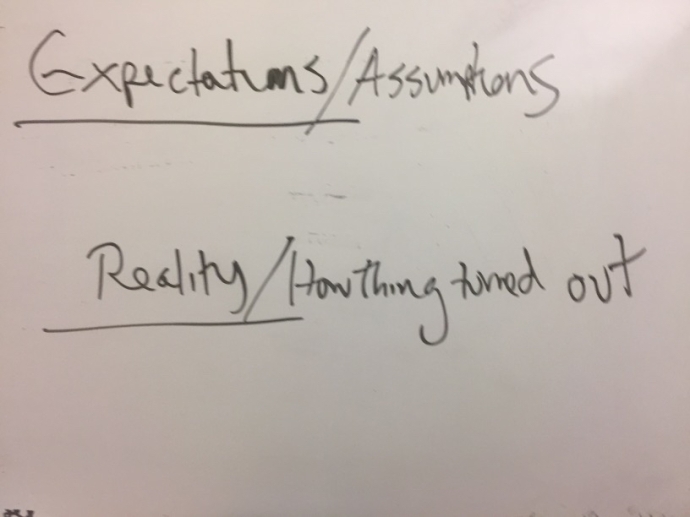 In yesterday’s therapy group, we discussed how our expectations — including disasters — often don’t turn into reality.  Immediately after that group, I received a call about disaster striking unexpectedly.  When we had extricated our cat Harley from the crawlspace where he was hiding during the move two days before … 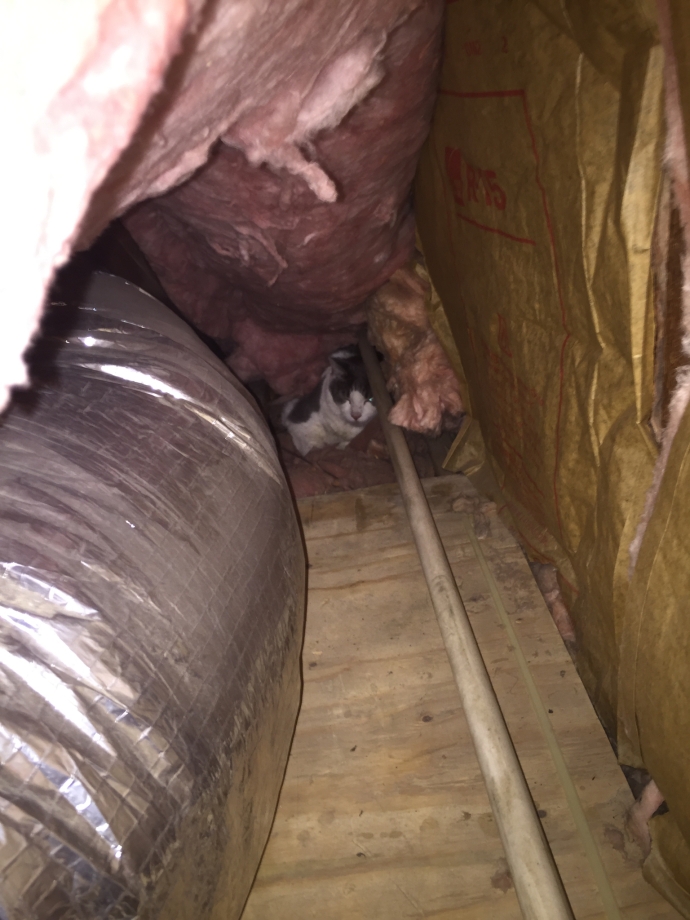 … somebody knocked loose an HVAC pipe, which caused significant water damage to the kitchen below.

When I talked to people about that disaster striking, the responses included:

Considering that the last response was from the person who bought our old place, I guess we’re all going to survive this latest disaster.

For some musical relief from disasters, here‘s  “Pictures at an Exhibition.”

I now expect some comments. I wonder how that will turn out.

Non-disastrous thanks to all who helped me share the words, pictures, and music in today’s post and — of course! — to you, no matter what you expected.

Day 132: What I learned on my spring vacation.

This post is dedicated to my late mother and to my son.

What I learned on my spring vacation:

This reminds me of another Emo Philips joke:

I was walking down the street and I thought, ‘My gosh, that’s Jimmy Peterson. I haven’t seen him since 3rd grade!’

So I go up to him, slap  him on the back and say, “How are you doing, you old moron? You drunken reprobate!” And I knock him down, and he starts crying, “Mommy!  Mommy!”

And I realized:  Wait a second. If that’s Jimmy Peterson … he would have grown up too.

And last, but not least: