As we enter into the unknown of another day and another blog post, I will tell you that the theme of the 2018 Edinburgh Festival Fringe is “Into the Unknown.”

I especially like that cover photo for “Into the Unknown” because many of my known photographs include my feet, like this one:

That reminds me that I went into the unknown yesterday with my son Aaron and his friends to try a highly recommended macaroni and cheese sandwich in Edinburgh, wearing my macaroni and cheese socks. Photos of that sandwich and other Edinburgh meals will remain unknown to my readers because my son extracted a known promise from me that I do NOT take pictures of food when I’m with him and his friends.

Before this visit, my son Aaron’s Edinburgh friends were unknown to me. They are unknown no longer. 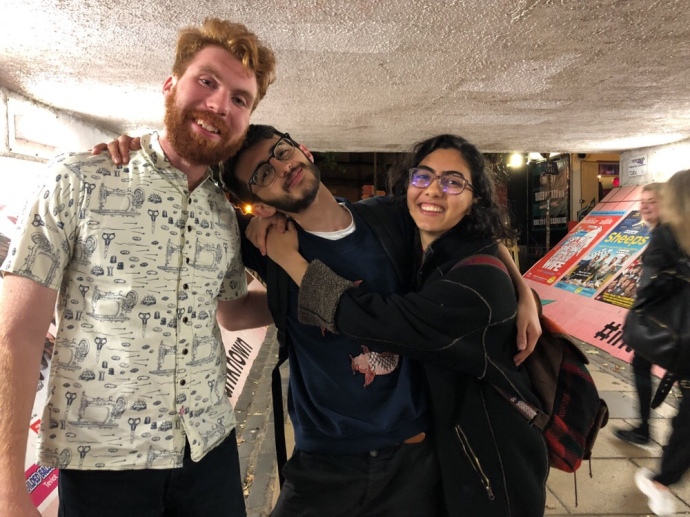 That drawing of Aaron’s friend Jago was done by his known and long-time friend Cameron, who is known to my readers.

The known Cameron is on the right and the previously unknown Jago and Michael are on the left. When we went into that unknown grocery store to get spinach, which I’m known to need because of my known heart condition and medication, it was unknown to us that no photos were allowed there. The security guard told us that unknown rule so we would know not to take more photos there.

I hope it’s known to you that I’m known for taking photos everywhere I go as I venture into the unknown. 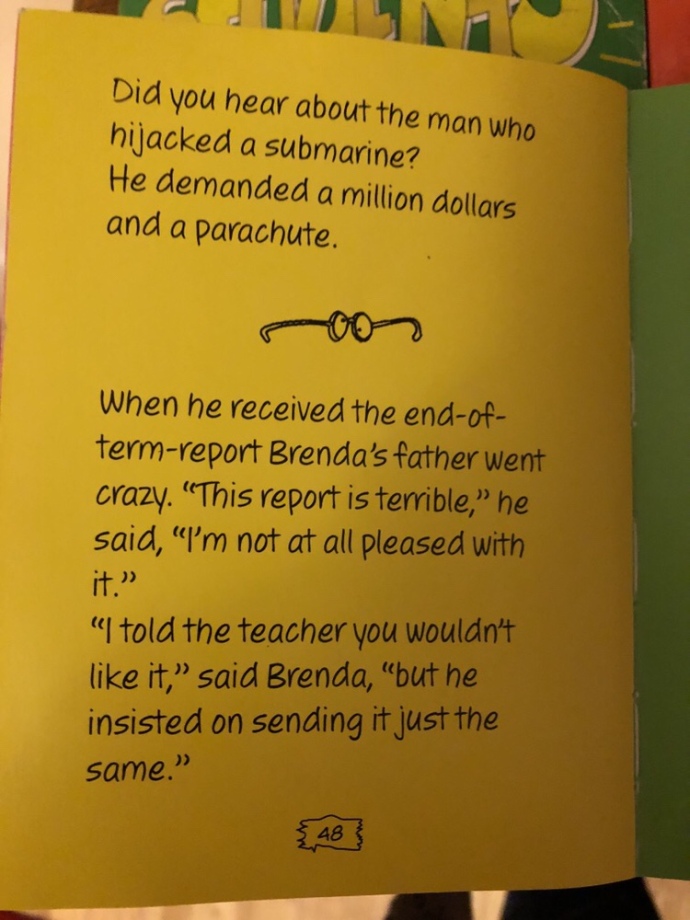 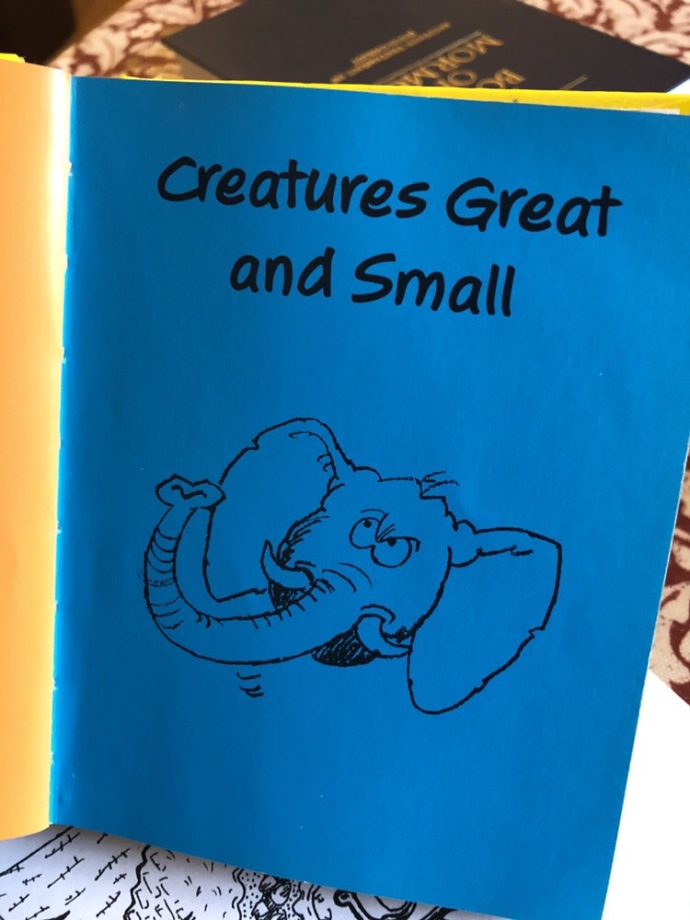 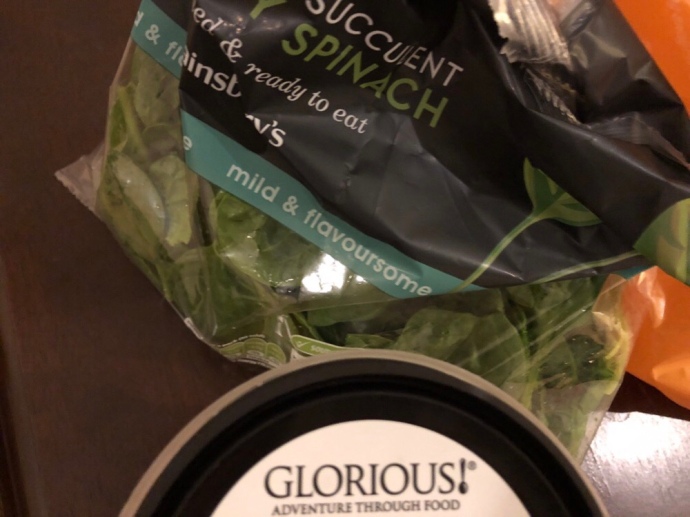 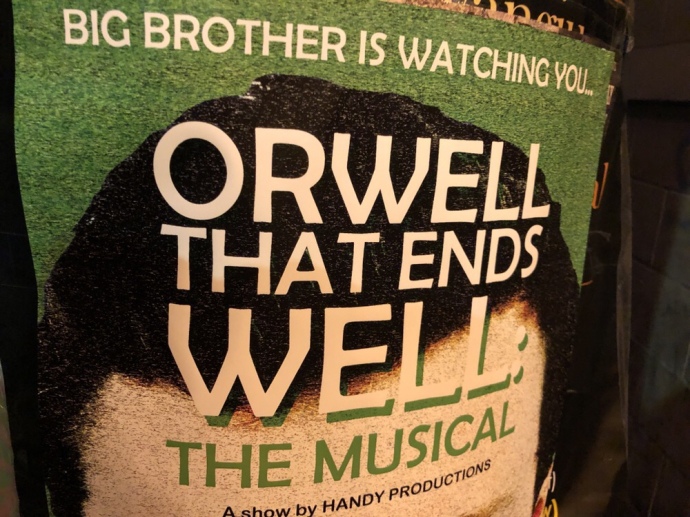 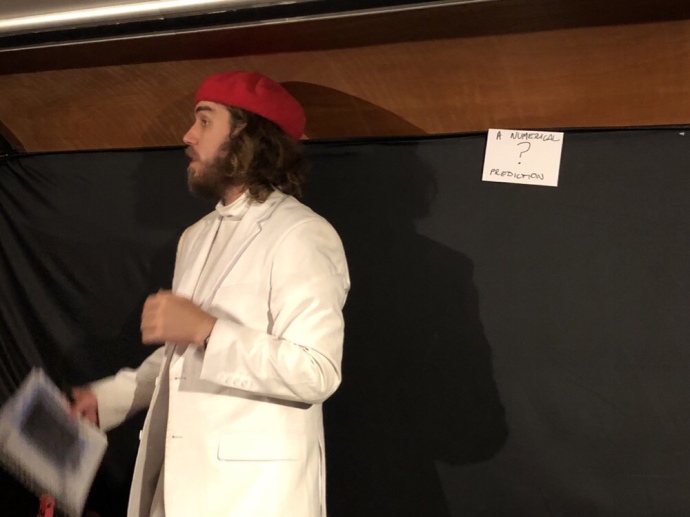 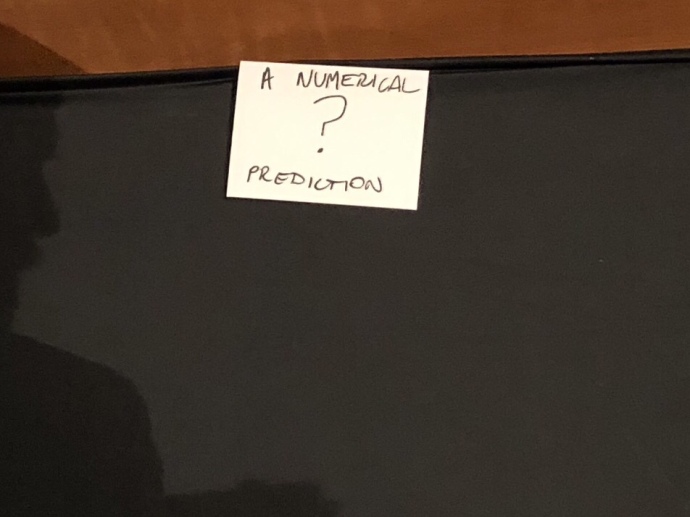 Those last few previously unknown photos show us going into the unknown of the amazing Neal Portenza’s latest and (I hope!) NOT final Edinburgh show, despite his poster.

I plan to be going into the unknown of more Fringe shows today.

Do you know what helps you find the courage to go into the unknown? For me, it’s known that blogging helps a lot.