I’m seeing lots of humans (and humanity) in Edinburgh, Scotland, during the 70th Festival Fringe. 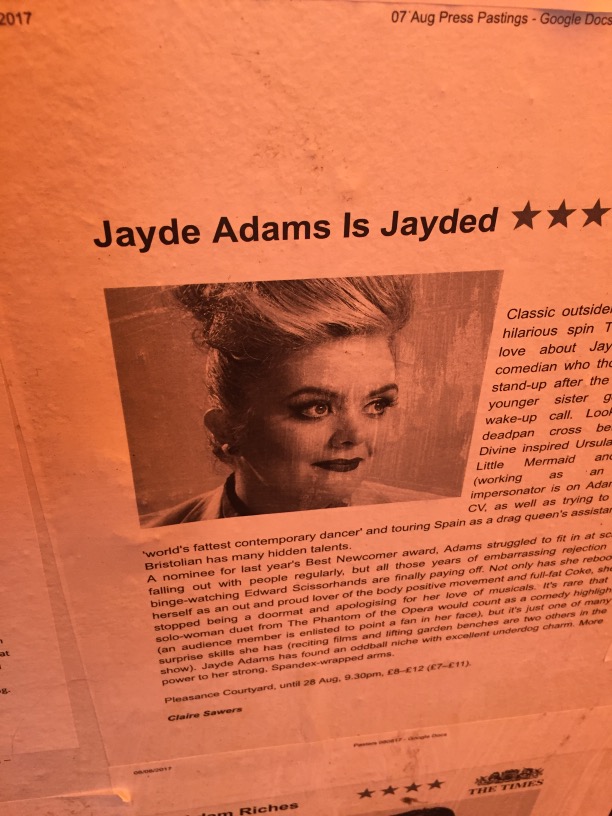 Those last three photos include extraordinary humans Ron Lynch and Natalie Palamides. Ron suggested we accompany him yesterday to see Natalie’s wonderful one-woman show, LAID (reviewed here by humans) and so we did, with many other appreciative humans. That last photo shows Natalie talking to another human who also dresses up as an egg in her one-woman Fringe show. What are the chances that more than one human would dress up as an egg at the 70th Festival Fringe? 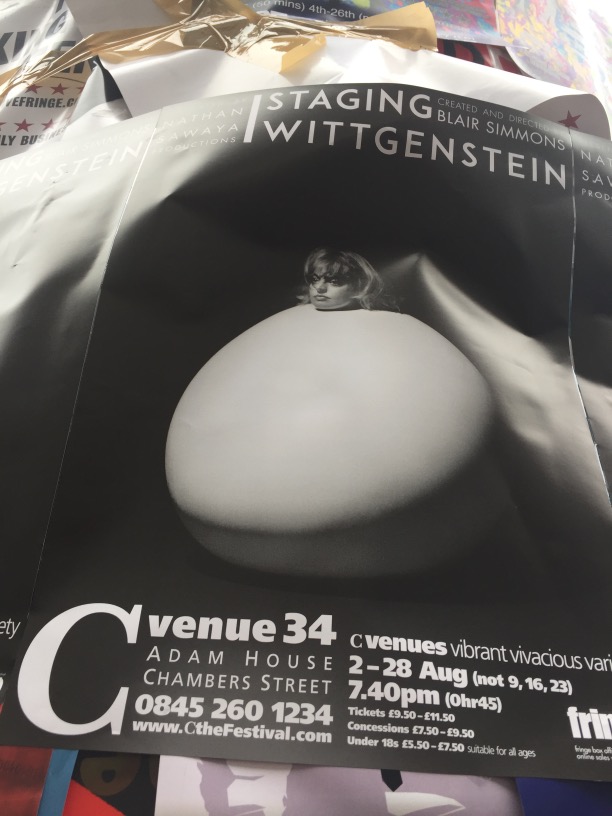 Ron Lynch is a human and humane comedian this human has blogged about many times.  Here’s Ron with another one of my favorite humans:

Ron introduced us to Barry, saying, “She took my stand-up comedy class in Boston years ago and now he does stand up!” It’s amazing what humans can do.

Barry Crimmins, like the Edinburgh Fringe, has spent many years defying the norm.  Here’s Barry with some other comedic humans:

This human likes to end her blogs with gratitude, so thanks to all the humans who helped me create today’s post and thanks to you — of course! — for being human, here and now.