While I do have my moods of joy, sadness, fear, anger, and shame, I don’t think I’m particularly moody.  However, I may be moody when I return to work tomorrow and the weather finally turns beautiful and sunny, which will probably improve other people’s moods.

Yesterday, during a moody and gray day, I was in the mood to see a movie.  So I drove to Waltham, Massachusetts, USA, which has this moody street:

As I walked through moodily quiet Waltham towards the movie theater, I took these moody photos: 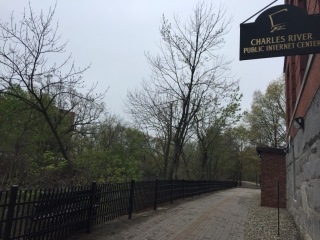 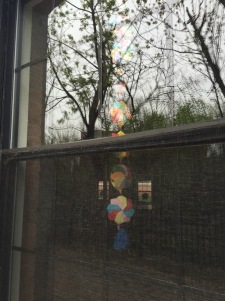 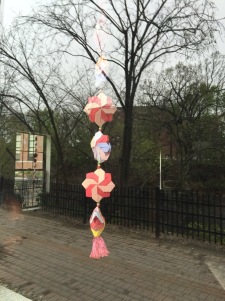 When I saw that sign for the Charles River Museum of Industry & Innovation,  I got into a reminiscing mood, remembering a few years ago when  my son Aaron and my boyfriend Michael were at that museum, enjoying all the interesting moods of a Steampunk festival.

If you’re in the mood for a definition of Steampunk, here’s a short one:

Steampunk is a subgenre of science fiction or science fantasy that incorporates technology and aesthetic designs inspired by 19th-century industrial steam-powered machinery.

At that point, I looked up and saw the many moods of these people: 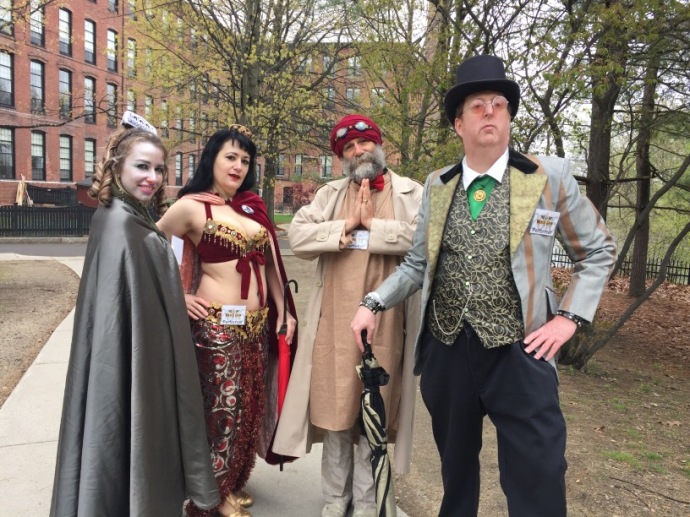 I exclaimed, in an excited mood, “Is today the day???”  And they said, “It is!”  Then I saw more and more people who were in the mood to have their pictures taken: 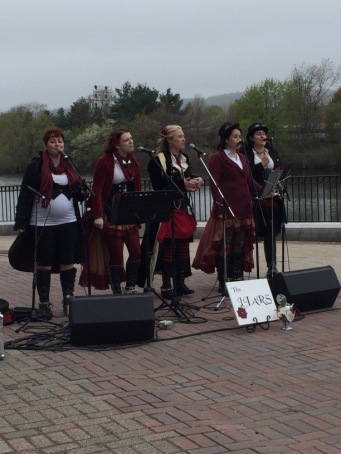 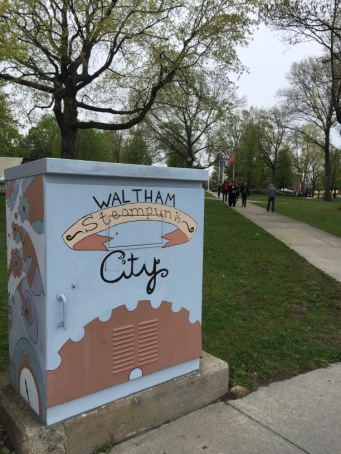 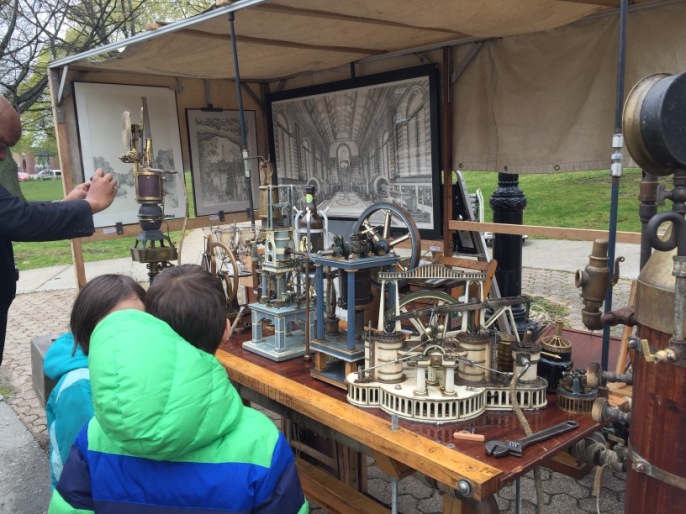 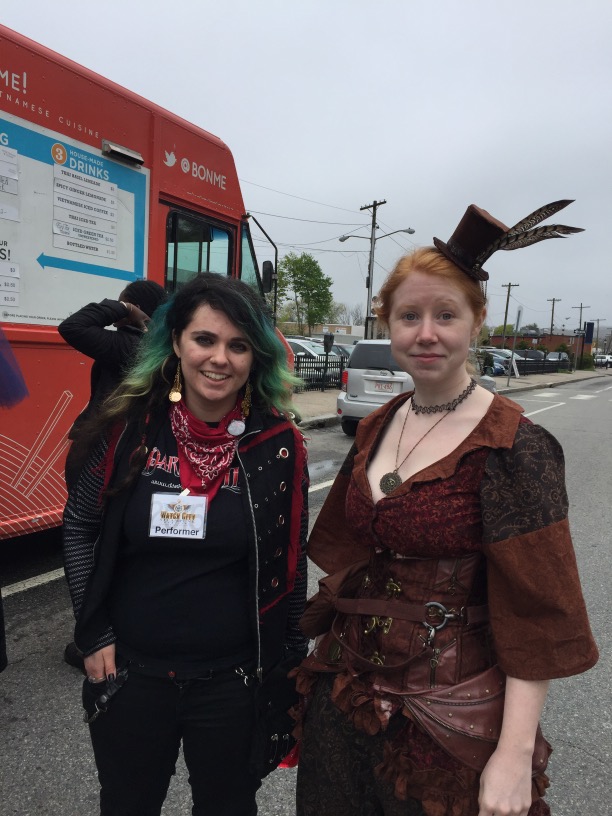 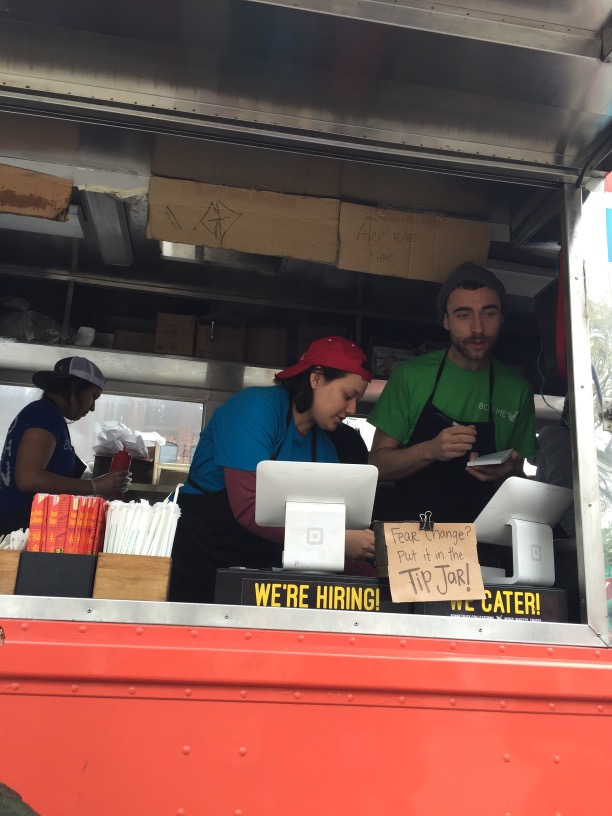 After I saw that sign that said, “Fear change?  Put it in the Tip Jar!” I was in the mood to tell those people, “Keep a dollar, even though I do NOT fear change.”

I hope you’re in the mood for more pictures from yesterday’s Steampunk Festival in Waltham. 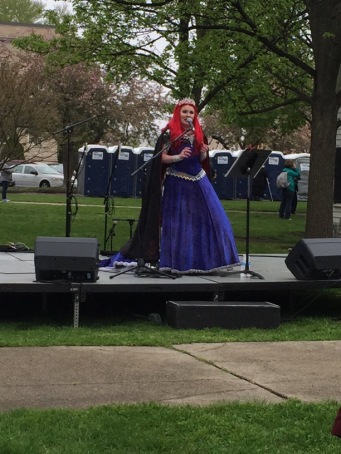 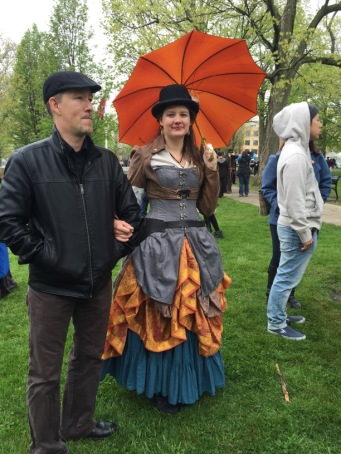 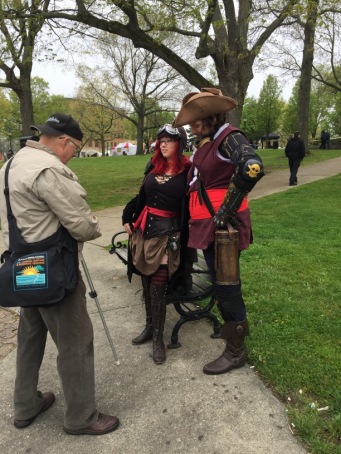 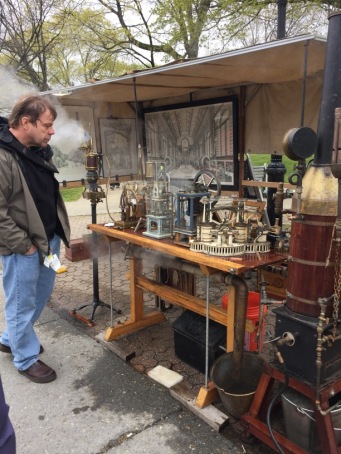 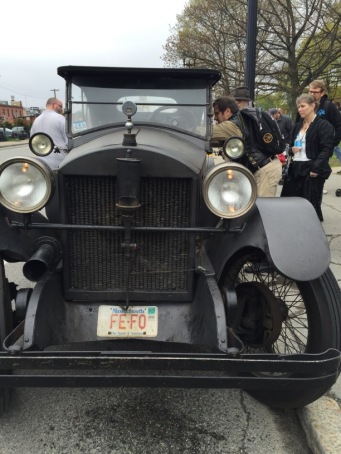 I’m in the mood to tell you that I overheard that guy  ask if his moodily steampunk puppet could sit in that amazing black car (which sometimes gave off moody, billowing clouds of steam).

Still in the mood for more steampunk photos? 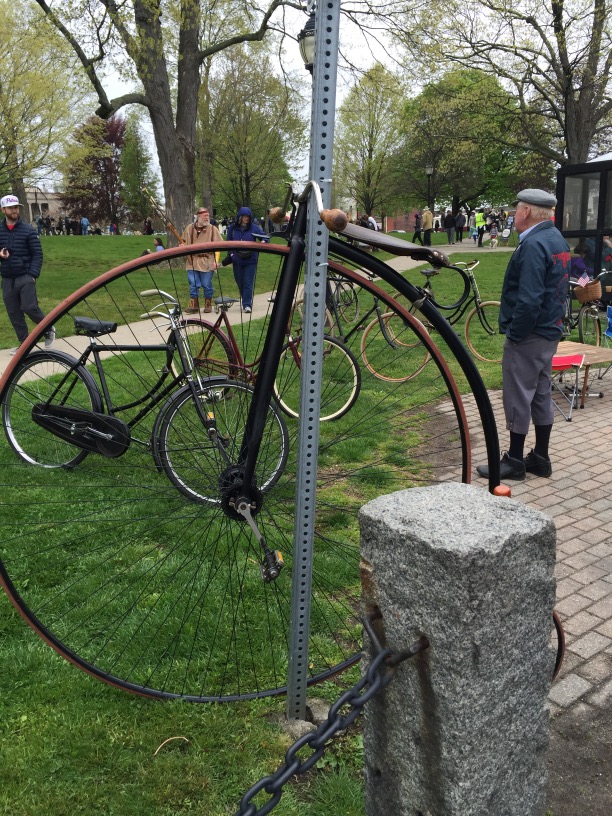 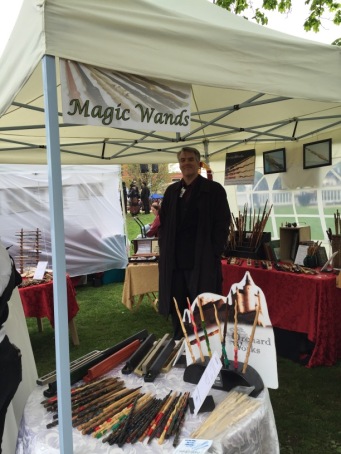 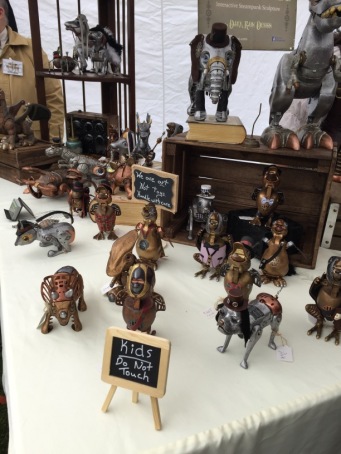 By then, I was in the mood to see the moody movie I came to Moody Street in Waltham to see. 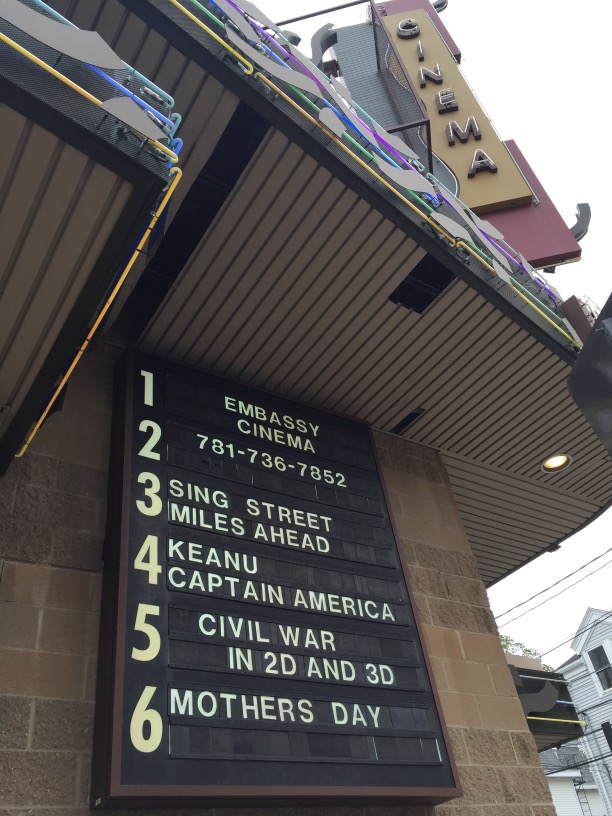 Are you in the mood to guess which movie it was? 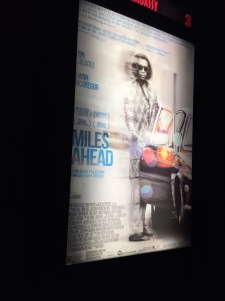 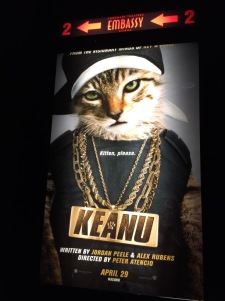 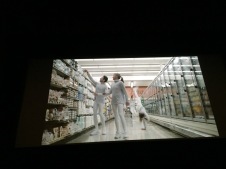 I took all of those moody photos before the movie actually began. 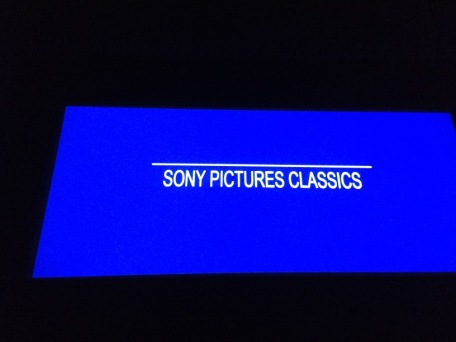 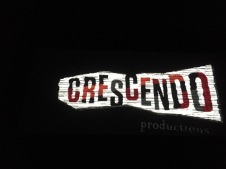 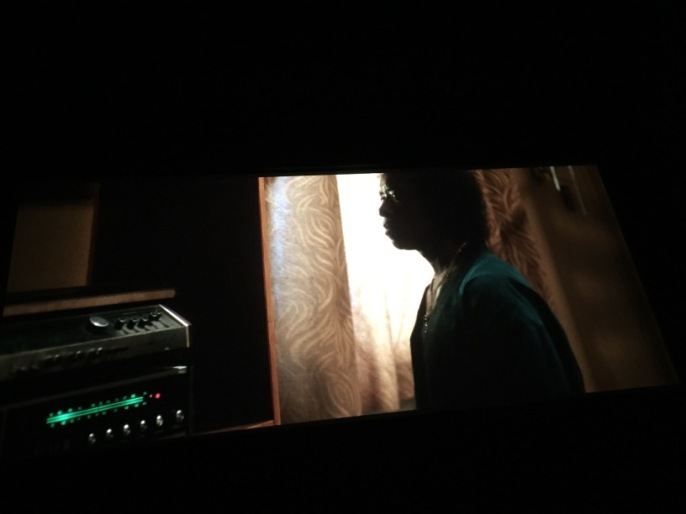 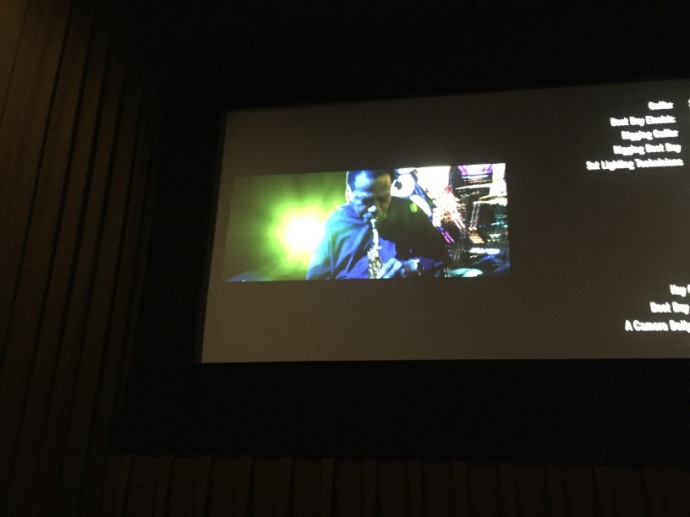 Seeing Miles Davis, Wayne Shorter, and Antonio Sanchez play in person, over the years, have been some of the highlights of my long and moody life.

I’m now in the mood  to write that

If you’re in the mood to check out some Miles Davis tunes on Youtube, you can find that live  performance  of “All Blues” and many more .

How moody are you,  after reading this moody post?

Moody thanks to all who helped me create all the moods of this post and to you — of course! — no matter what your moods are, here and now.