Yesterday, because there’s just one of me and I had so many things to do, I took just one photo. 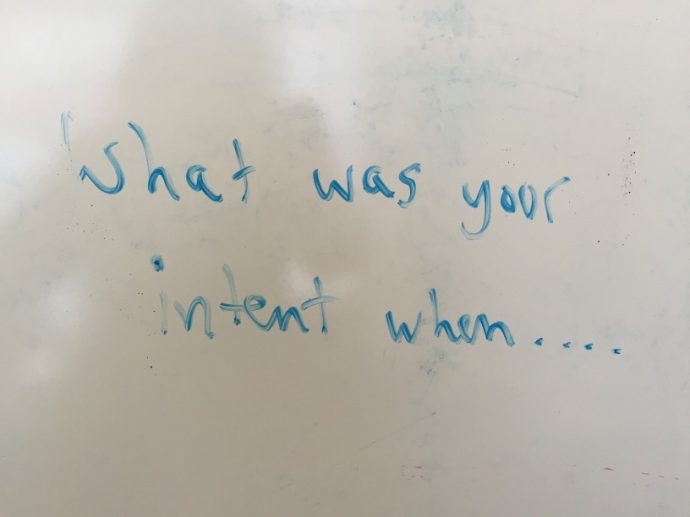 I shall take just one moment to explain just one photo:  Asking just one question beginning with “What was your intent when …?” can be a helpful and effective way to respond, when just one person says just one thing you find puzzling, upsetting, or concerning.

I will give just one example of that:

Somebody: You look terrible.

Response:  What was your intent when you said that?

Before  I thought of that just one example,  I visited just one website titled “Random Rude Things People Say.”

I shall now allow my just one brain to free-associate about “Just one.” I have more than just one association:

It took me just one second to forgive myself for that.

“The Crosby, Stills, and Nash song “Just a Song Before I Go” was written on a dare by their limo driver that they couldn’t write a song before getting to the airport. It went on to become one of their biggest hits.”

Just one quote from that song:

Because Crosby Still and Nash sing just one verse more than just one time, I think that’s just one piece of advice I’m going to take today.

Just one person I’d like to thank today — YOU!