Yesterday, when I created a blog post with my iPhone, it took less time. I also put  less effort into adding links to other posts and references like Wikipedia (because I have less  knowledge of how to do that from my phone).

While I want each post to be no less than helpful for me and my readers, I would be less than honest if I did not confess that I enjoyed doing less here yesterday.

I’ve been thinking more about doing less, in general, since returning less than three days ago from my one-day-less-than-two-week vacation in a part of the USA that had way less snow and cold than my hometown of Boston.

Using less words about that: Less is more for me, right now.

Yes, I believe I will get more out of life with less

As I mentioned in my introduction to this less-than-perfect post, I am having less success using links when creating blog posts with my phone. Otherwise, I would have taken up less space in that list,  by linking to my handout on cognitive distortions.

However, i am less than upset about how this post is turning out, despite my having less experience and proficiency in phone blogging. Sometimes, less experience has its own benefits and advantages.

Before I write more, what would you like less of, in your life?

It’s time for less words and more pictures! Here are less than a dozen photos I took yesterday, as I was focusing more on less:

Harley is interested in less than five new cat toys.

There is less access to that newspaper kiosk than there was two months ago.

I find all this snow less than Irresistible. That’s why I also took this next photo, less than a minute after the one above: 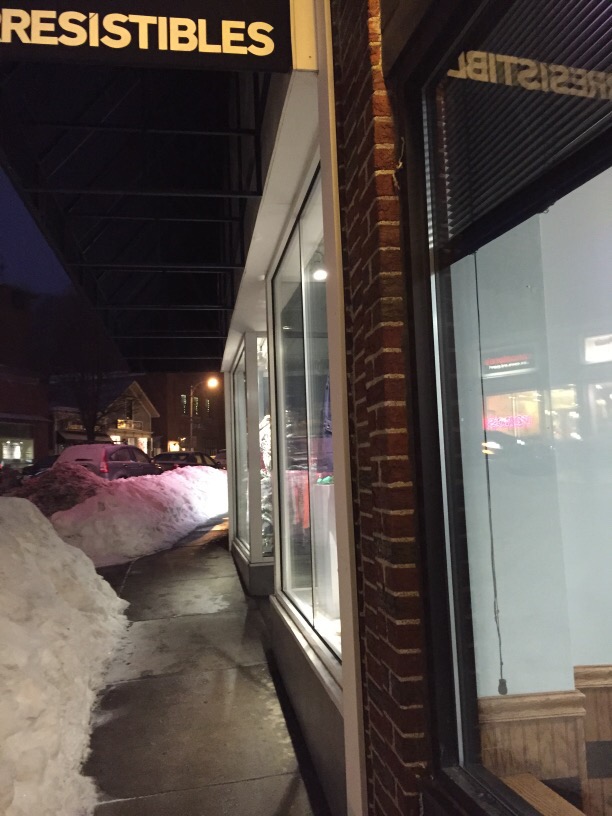 While I’d like to see a lot less snow around here, my boyfriend Michael says there is considerably less now than there was two weeks ago (after my son Aaron and I escaped out of Boston, avoiding yet another big blizzard by less than two hours).

One of those signs says less than the other.

﻿Valentine’s Day stuff couldn’t cost much less, could it? 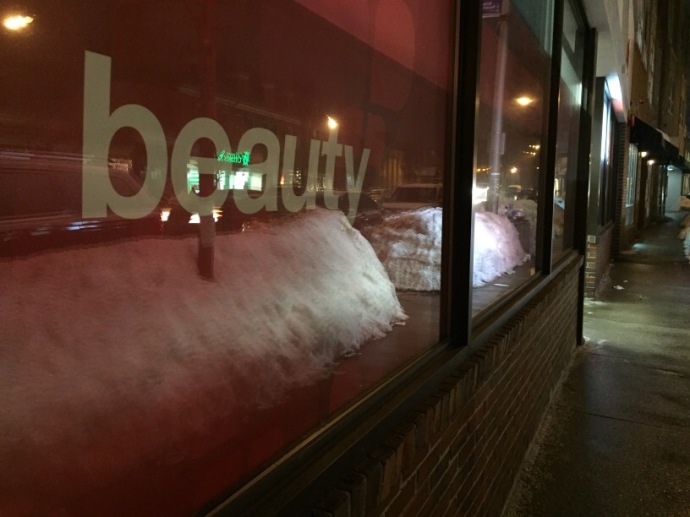 ﻿Truth is beauty and beauty is truth (said the poet Keats, with less words). Truthfully though,  WHEN will there be the friggin’ beauty of less snow and cold?

This hydrant could do with less cone protection. Do you agree, more or less?

Would I be less than polite if I suggest you leave less than three  and more than zero comments, below?

Thanks to Elvis (for “A Little Less Conversation,” which I found on YouTube in less time than expected), to Harley, to  Oscar, to Aaron, to Michael, and to all those doing more or less what works for them. And, more thanks to you, for being neither more nor less than yourself, here and now.