Aaron is such an extraordinary leave-behind, Ann, and such a keeper.

Thank you, Maureen, for being (1) so perceptive about my son Aaron, (2) a keeper yourself, and (3) the provider of today’s blog post title.

On the same day that Maureen left behind that keeper of a comment, my son Aaron and I left behind the keeper city of San Luis Obispo. I wanted to keep a memory of Sol, the manager of our keeper hotel — who moved from Leicester, England to Nashville, Tennessee in 2008 and then to SLO  in 2014 — so I kept notes and this photo:

I think people are the important keepers, so it was Sol and the rest of his friendly staff that made The Avenue Inn a keeper, for me.

I first visited the Hearst Castle, at San Simeon, California in the 1970’s, when I was in my 20’s and that visit was such a keeper for me that I took my son back there, yesterday.  William Randolph Hearst considered a  LOT of objects and people in his life keepers, and he loved surrounding himself with as many of those as possible, until he died in 1951. I’m glad people have been working hard to keep those objects there, to this day.

Here are some photos I took and kept yesterday at the Hearst Castle, which I hope you think are keepers: 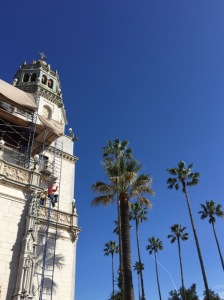 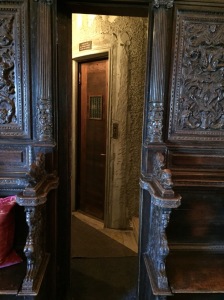 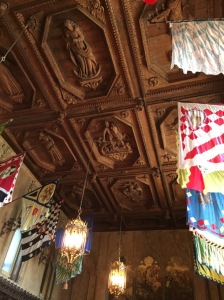 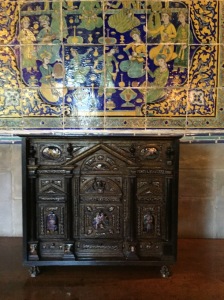 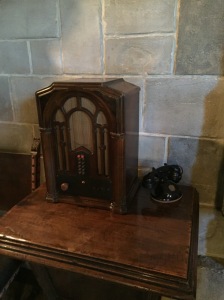 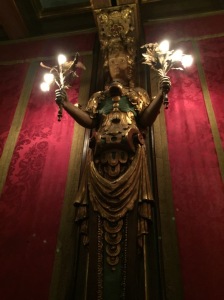 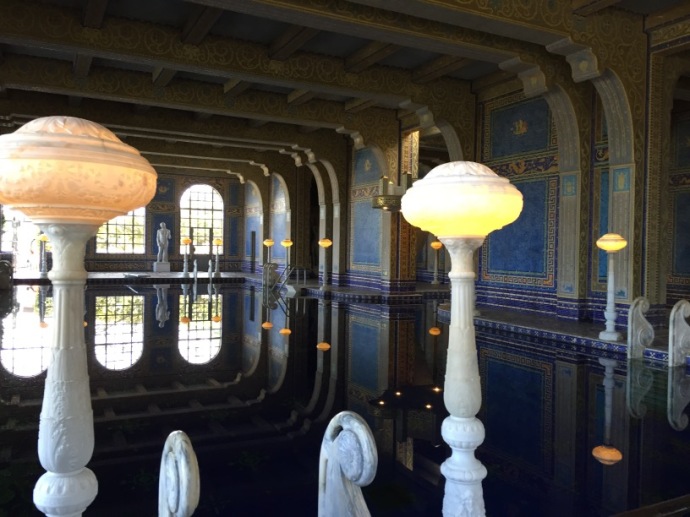 I mean, really, people, isn’t that a KEEPER pool?

Here’s something I don’t want to keep to myself: It’s taking me so many steps and so much time, these days, to keep photos in this blog, I KNOW my current process is NOT a keeper. As soon as I can figure out a way to make and keep an appointment at an Apple Store and show them my non-keeper photo methods, I’m sure I’ll get some new keeper ideas from them.

Or, here’s a possible keeper thought:

If I can remember that I’m a keeper to the people I’ve kept in my life, I can keep asking for help with using my mac, posting photos, and all sorts of other things I want to keep doing, and those people will probably have helpful advice I can keep.

Can you keep up with me if I show you one more keeper photo from the Hearst Castle, yesterday? 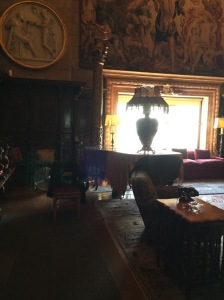 That photo is not the usual kind of keeper for me. Indeed, I almost forgot to keep it in today’s blog. However, if you keep looking, there’s a piano in that photo and — according to our keeper tour guide, Eric — George Gershwin and other keeper musicians of the day all played on that very piano.

Perhaps those piano keys keep a memory of Gershwin playing this for William Randolph Hearst’s gathered guests, decades ago:

That keeper version of Gershwin playing his “Rhapsody in Blue” is kept here by YouTube.

After Aaron and I left the Hearst Castle, we gathered many more keeper memories as we drove to Palo Alto, the home of my college roommate, Marcia. If Marcia is not a keeper, I don’t know what a keeper is. Personally, I find the objects in her home even more valuable keepers than those I saw at the Hearst Castle yesterday, but seeing some of those will just have to keep, until tomorrow.

Thanks to Maureen, Aaron, Sol, Eric, William, George, Marcia, and all the rest of those keeper people who helped me create and keep this blog post. Also,  special keeper thanks to you, for being keepers and readers here, today.