Who is brave enough to get us started?

Who is brave enough to get us started, here and now, dear readers?  I guess it’s  … me!

Are you brave enough to come along?

Right after I published yesterday’s post, which included this photo 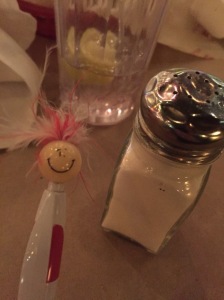 … I was brave enough to take a closer look at the face of Penny the Pen, despite my fear of what I might see. 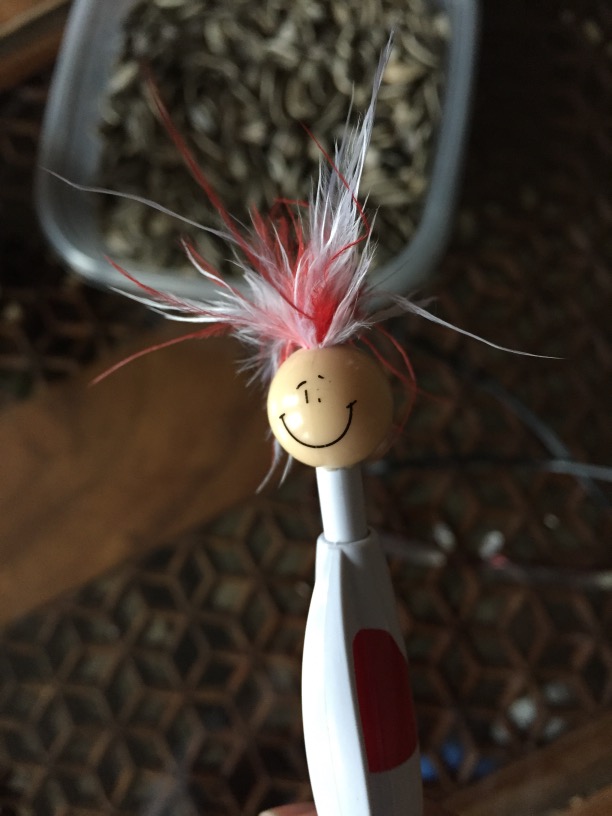 Eeeek!  It seems like Penny — by accompanying me on my adventures since the New Year — has experienced some assault and battery to her face. I’m glad she is brave enough to keep smiling.

Because I’m so sensitive to facial expressions, I wanted to immediately fix Penny’s face yesterday morning. But I wasn’t sure  I was skilled, steady, or brave enough to do so.

I had the equipment.

That’s a permanent marker, so I wasn’t brave enough to use it, at first. However, other non-permanent solutions (like pencils and pens) did not make a mark, at all.

After taking a deep breath, I was brave enough to use that permanent Sharpie to draw in Penny’s eyebrow.

Are you brave enough to look? 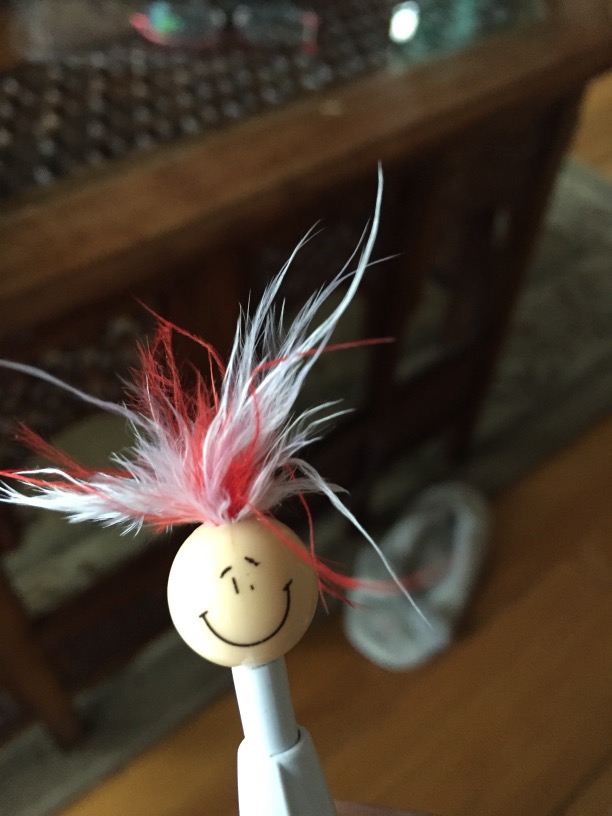 I’m brave enough to brag that I did a good-enough job on Penny’s eyebrow.   I haven’t been brave enough, so far, to attempt repairing her eye.

Right now, I am brave enough to see some parallels there between Penny’s face and my unusual heart (which may need some fixing in the near future, too).

What else do I want to tell you, today, about “Brave Enough”?

Yesterday, I was brave enough to do 7 miles on my brand new, pink elliptical! 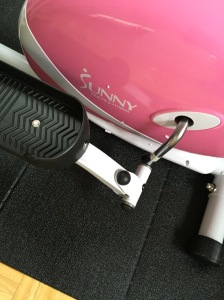 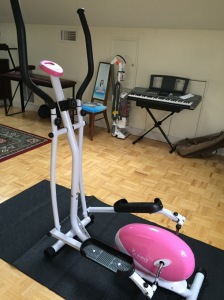 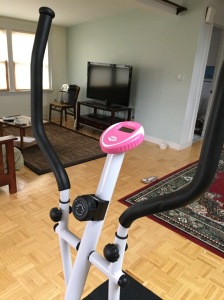 Here’s Percy Sledge, bravely singing that song (found here on YouTube) from his heart and soul:

When I was brave enough to reach this distance on my elliptical:

I saw the brave man we are honoring in the USA today. 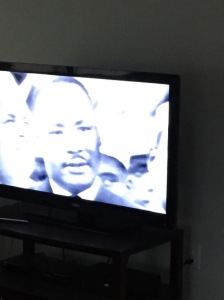 A few miles after seeing Martin Luther King, Jr., I saw another personal hero, who grew up in Muscle Shoals, Alabama.

That’s Helen Keller (who previously appeared in this post, which I wrote last May, when I was being brave enough while recovering from pneumonia).

I am now brave enough to recommend the movie Muscle Shoals to you, without reservation.

Here are some more things I am brave enough to tell you, right now: 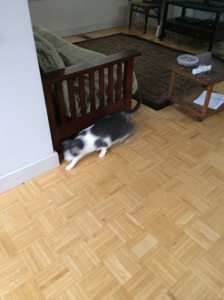 That’s Harley, reacting to my being on the elliptical for the first time, running by as quickly as he can. Here’s Oscar, with more obvious bravery: 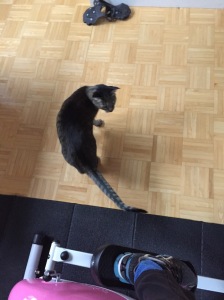 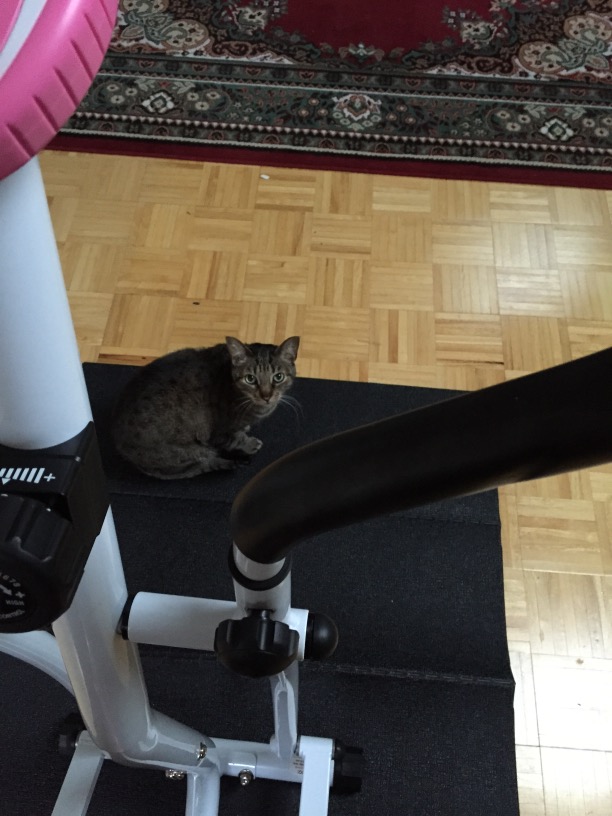 Are you brave enough to stick around for a few more photos I snapped yesterday, at my weekly supermarket shopping with my boyfriend Michael?  Penny stayed home, resting her eye, but I brought along this stand-in 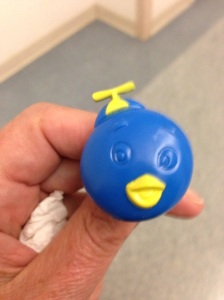 who first appeared in this post I was brave enough to write, last month, after consulting with other cardiologists. 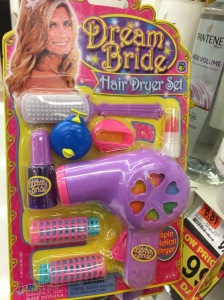 Oh, and just one more photo, from this morning: 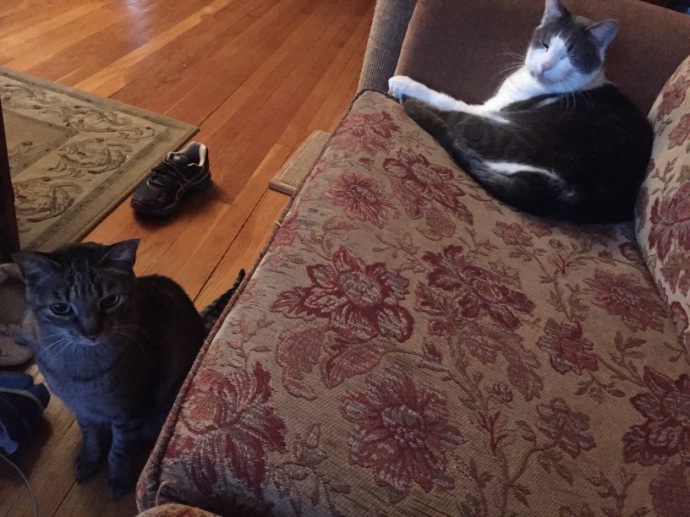 Oscar and Harley are both brave enough to stick by me here. That helps me feel brave enough, today.

Thanks to Martin Luther King Jr., to Helen Keller, to Percy Sledge and the other incredible musicians and producers who’ve worked together at Muscle Shoals studios, to everyone and everything that helped me be brave enough to write this post, and to all those who are brave enough in their own way, every day — including you, of course.