However, yesterday evening, the erudite and poetic Jeff Schwaner invited me to a lunar event for today:

Ann, I’m fully expecting you to contribute to the Full Moon Social tomorrow night. It would not be the same without you. Maybe an AK photo?

My response to Jeff’s expecting:

I am flattered by the full expectation. I had not planned to join in, because I see myself as neither a poet nor a photographer. But I guess I’ll revisit that.

Write to your loved ones. Write to your friends. Write to the moon. Write to a memory. Post a poem on WordPress or Twitter on Wednesday night, October 8th, anytime between the rising and setting of the moon, and tag it FullMoonSocial2014, and let’s spend the night looking at the same moon and the same freshly minted poems, and celebrate our passion for poetry, our loves and losses, and of course, the one constant thing and what poet Mary Reufle identified as the first lyric poem–the moon.

How wonderful to be so gloriously included. Really, how could I refuse?

So I’m tabling my own expectations about today’s post. I mean, there are always bills to pay, right? And I’m changing this post’s musical offering to a different Sting song:

When I looked up “Sister Moon” on YouTube, I unexpectedly found this amazing version of that gorgeous tune, with Sting and jazz great Herbie Hancock.

I realize that Jeff’s instructions — regarding posting times for his Full Moon Social  — don’t match how I prefer to schedule my posts. While I may write, sometimes, accompanied by Sister Moon, I almost always post with Sister Sun.

Luckily, last night I watched this extraordinary 2008 movie with my son.

From the Wikipedia page about Man On Wire:

Man on Wire is a 2008 British documentary film directed by James Marsh. The film chronicles Philippe Petit’s 1974 high-wire walk between the Twin Towers of New York’s World Trade Center. It is based on Philippe Petit’s book, To Reach the Clouds, recently released in paperback with the new title Man on Wire. The title of the movie is taken from the police report that led to the arrest (and later release) of Petit, whose performance had lasted for almost one hour. The film is crafted like a heist film, presenting rare footage of the preparations for the event and still photographs of the walk, alongside re-enactments (with Paul McGill as the young Petit) and present-day interviews with the participants.

If Philippe Petit — the man who wire-walked between NYC’s twin towers in 1974 — could break the rules so gloriously, why, oh why, can’t I?

Before I ventured out this this morning with the lunar mission on my mind, Michael said to me:

It’s lucky, isn’t it, that so many things rhyme with “moon”?

Even if Jeff hadn’t invited me to the Full Moon Social, I probably would have gone looking for the moon this morning, because

‘Blood Moon’ Eclipse To Be Visible Throughout U.S.

This is what I captured, around 6 AM, when, like Diana, I went hunting for the not-in-June moon: 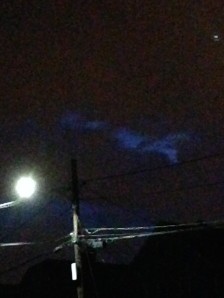 Actually, those last two photos are the only ones where I MAY have captured a hint of the lunar magic that was out there. Those two images show the only illuminated break in the clouds that I could see, as I looked up, all around.

Past experiences (see here) may tell me that I can suck at finding amazing moons that are out there, for others to see.  However, I soon decided that I had done my best, this morning.

When I went back in, I spotted these: 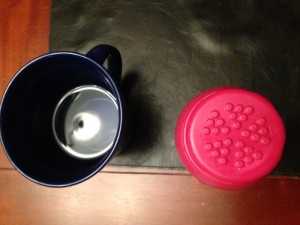 Phew! Finally, I can classify this post as a poem for Jeff’s Full Moon Social, since (at least) one of those things rhymes with “moon.”

At 6:30 AM — the reported height of lunar eclipse viewing this morning — I did venture out, one more time: 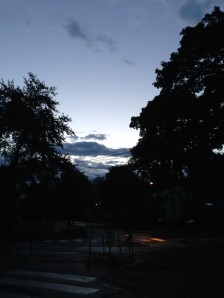 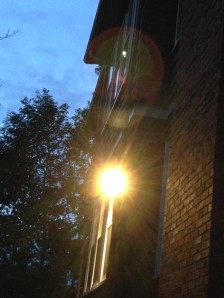 … and saw this when I ventured back in:

Thanks to Jeff, Sting, Herbie Hancock, Pierre Petit, James Marsh,  Fred Espenak (for the Blood Moon Eclipse photo), people who pursue the moon (and other beautiful things), and to you — of course! — for bringing your sun and your moon here, today.