As I mentioned in Day 616: Nostalgia, I recently recovered some old papers from the basement of a home I occupied with my ex-husband, Leon, for many years. Since then, I’ve been going through cards, letters, photos, and other memories, deciding what to keep from now on.

Today, I’ll show you some things I’ve kept so far.

A card that a very kind doctor — whom I’ll never forget — sent me, soon after I got my first cardiac pacemaker at age 10. 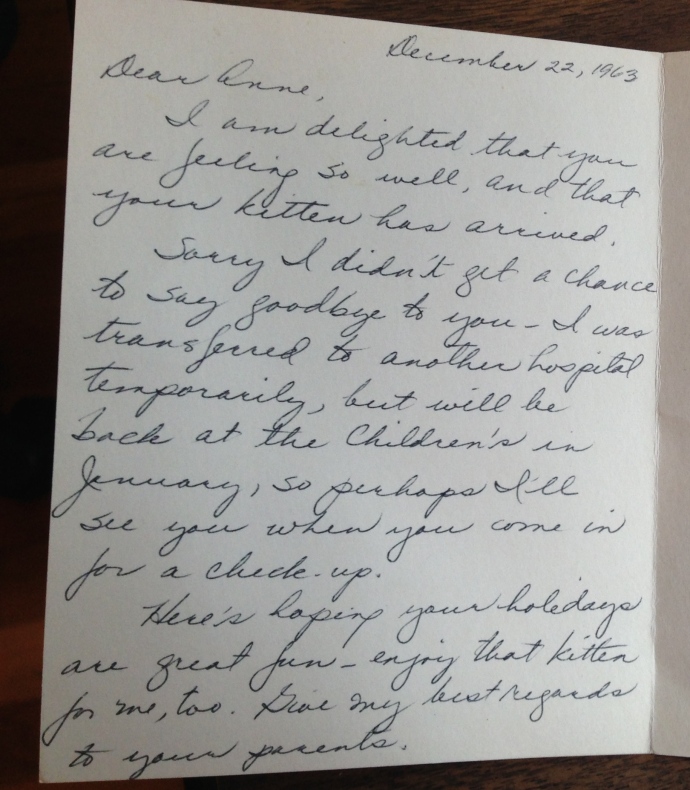 A letter that a dear friend (and her dear mother) wrote me, during one of my many return trips to the hospital after that.

A letter that several of my classmates worked on, while I was spending time in Children’s Hospital.

A letter from somebody I met during one of my early hospital stays:

More Get Well wishes from people I knew way-back-when (and some I know here-and-now). 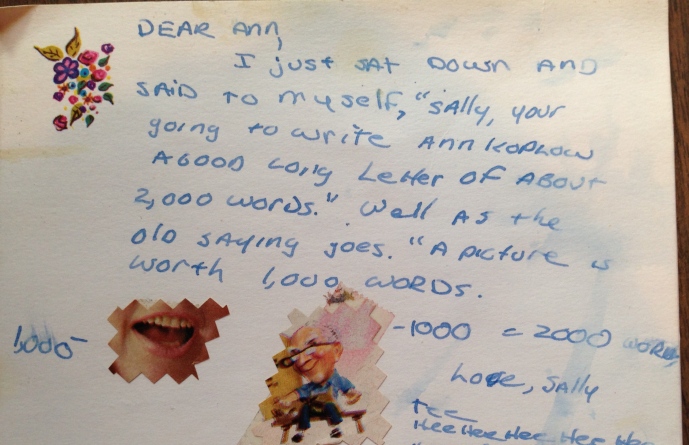 Stuff from my late parents and their friends:

Stuff I received from nice guys (including a forgotten gift from a musician appearing in many of my blog posts): 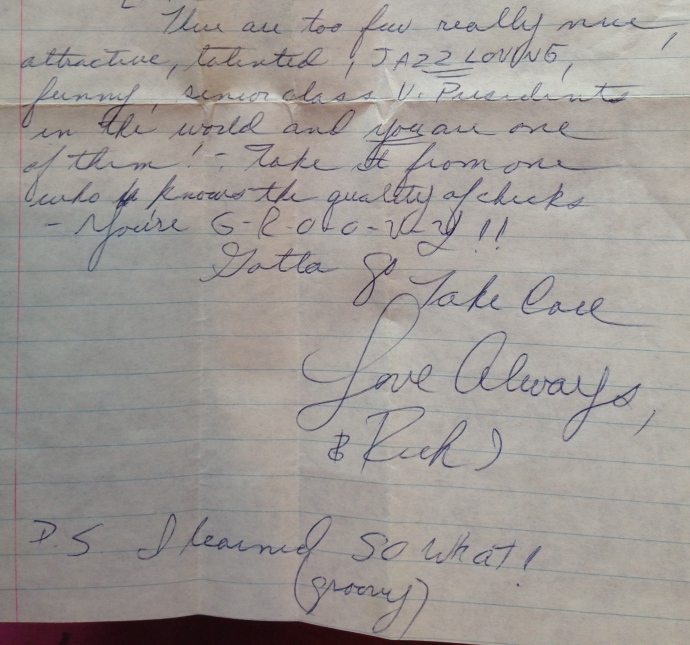 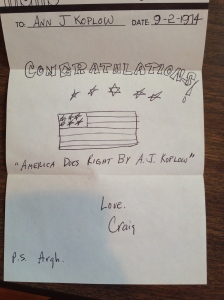 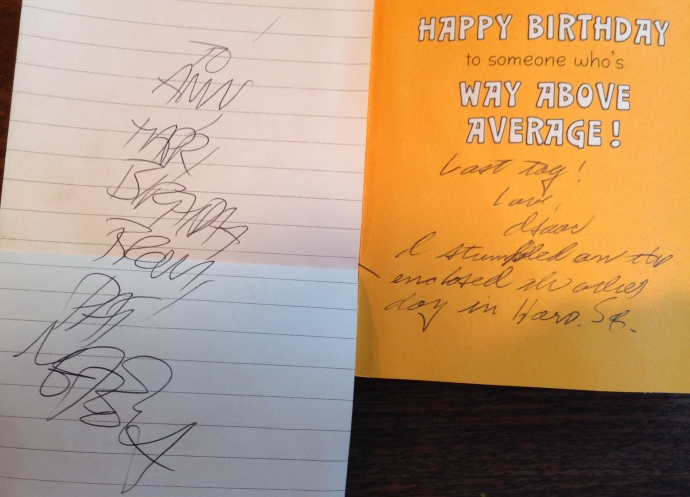 Stuff I received from nice gals: 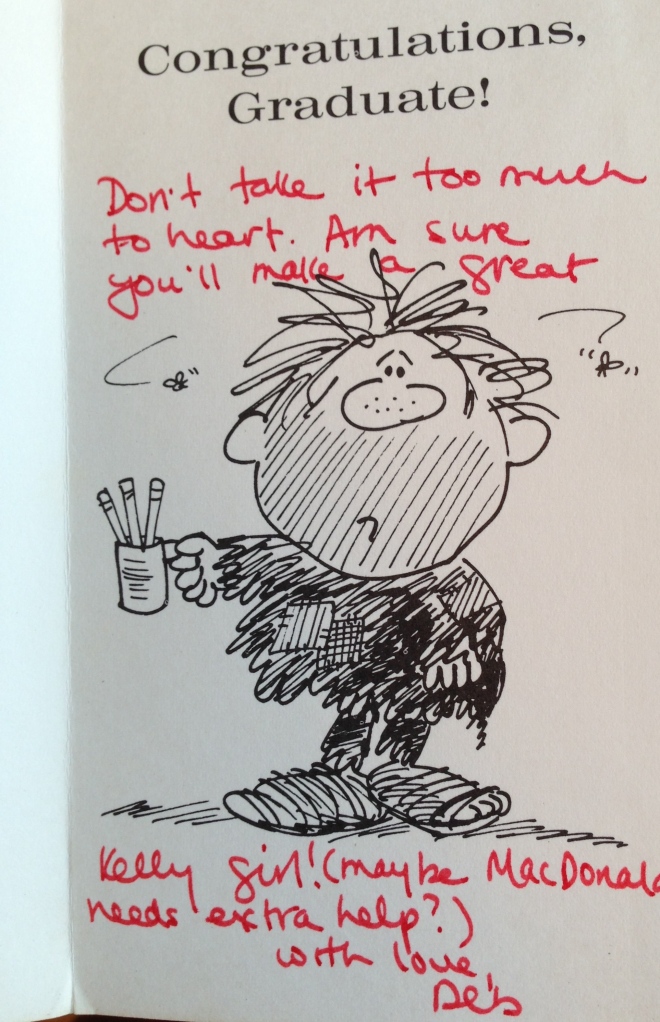 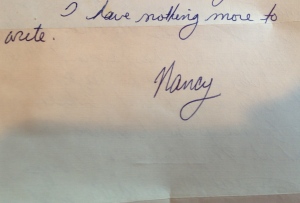 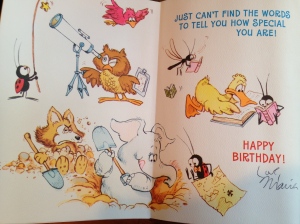 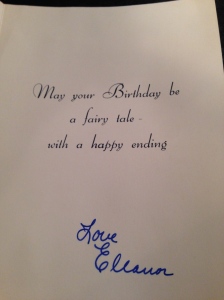 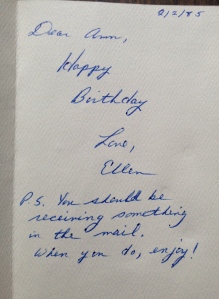 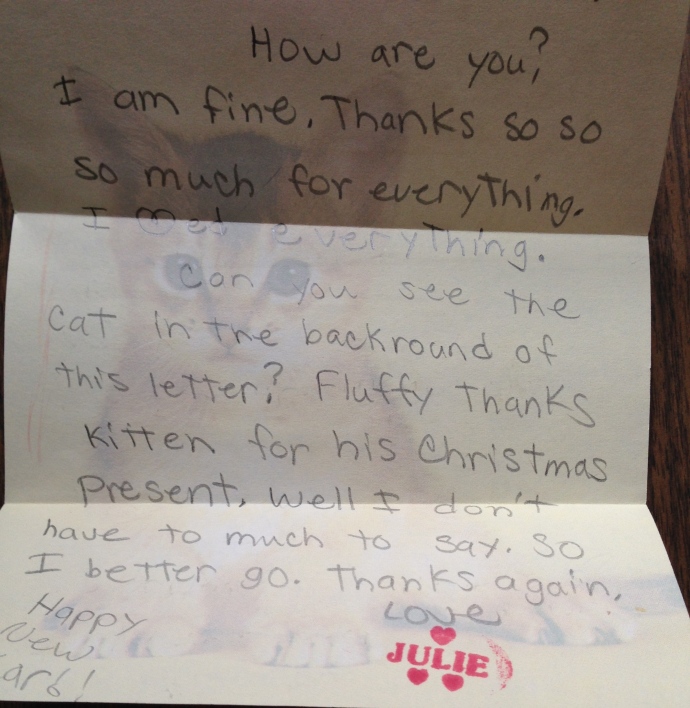 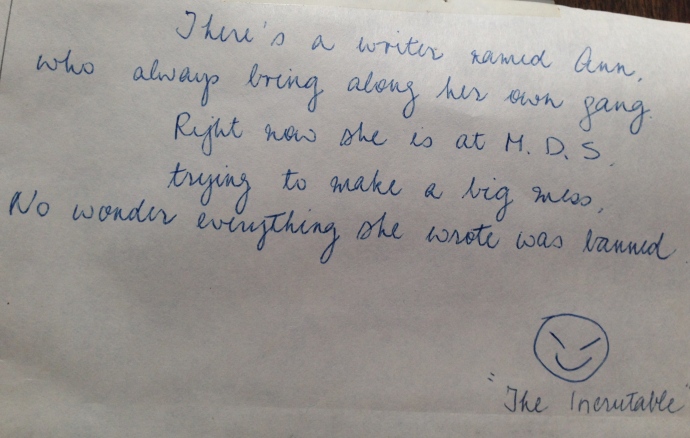 Things from people I met at various work places:

Things I created that came back to me:

What do I keep?  What do I share?  Does it matter?

And if these things matter, whom might they matter to, besides me?

What should we preserve, from the scribblings of one life?

No matter what I decide about these buried treasures,  all of them are preserved, for now, in one heart.

Thanks to everyone reading these scribblings and ramblings, today.