Day 407: Two Images (before I leave for Panama)

The original title for this post was “Random Images Before I Leave For My Trip To Panama With My Friend Peggy, Let Go Of Anxiety and Have Fun … Wheeee!”

But then I realized — not only was that title a tad long —  I had only two images to show you.  That’s because I didn’t have much time, yesterday, to take photos. I expect to  have more time to take photos over the next five or six days (although if I’ve pointed out anything over the previous four-hundred-and-six days, it’s “we don’t know the future”).

I just had an urge to ask the entire blogosphere this question:

If things go wrong and I can’t get photos onto this computer when I’m away and/or I miss a day posting …. will you still love me?

And then I realized that was totally inappropriate, for many reasons.

I also realized that I did not have (or don’t remember having) the urge to ask that question the two times I traveled last year, when I was also blogging every day.  What’s the difference, now?

To get back to the point of this post ….  I want to show you two images I took yesterday.These two photos are related to each other, I’m sure.  At least, I’m sure I can come up with something that links them to each other. Geesh!  I would think that after all these days of blogging here, and of connecting disparate images and thoughts into something that at least SEEMS to have cohesion and sense,  I’ll be able to do the same, this morning, with two images. 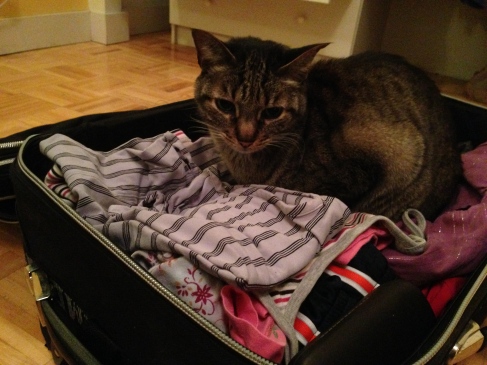 This always happens when I pack for a trip. Hi, Oscar!  Bye, Oscar! I’ll see you again, very soon. 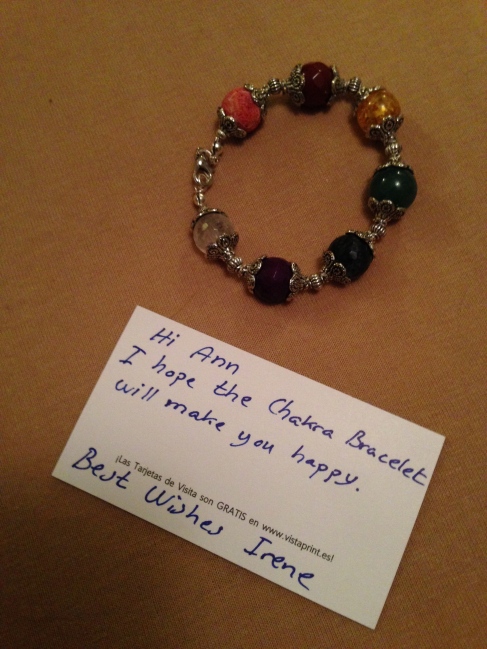 One thing I actually got a chance to do yesterday was to go to the post office to pick up a package.  In the package was the chakra bracelet above, which I had ordered from somebody I’ve connected with, here in the blogosphere:  Irene, from irenedesign2011.

I hope it’s okay with Irene that I’m linking to her blog and showing her bracelet, which is going to Panama with me.

Okay!  I don’t have time to figure out a connection between those two photos, other than the fact that I took them both yesterday.

What do YOU think the connection(s) are, dear readers?  I can’t do this alone, you know!

Okay, time to get ready to leave for my trip.

Thanks to everybody reading right now.  See you soon, I hope!