Note: This blog post was inspired by recent, actual events, including my watching last night’s season premiere1 of “Sherlock” with my son.

Soon after waking this morning, I said to my partner of three years, “I’ve got it.  I know what today’s post title will be.”

It was obvious, and all too clear.  Why hadn’t I realized it before? After briefly cursing myself for my slowness, I made haste to prepare for today’s post.

“The blog’s afoot, Michael!” I cried, as I ran — my feet descending the stairs clad in but one purple sock — to retrieve my cell phone.

Carefully re-ascending, I took a photo of the crime scene:

Of course, the authorities,  when arriving upon the scene soon after the deed was discovered last night, had completely bungled the investigation, removing critical evidence.  Nevertheless, I believed this photo would help me and my Blogging Street Irregulars put the pieces together.

Next, after hastily rearranging the crime scene to its usual morning appearance, I surreptitiously took a photo of the first suspect: 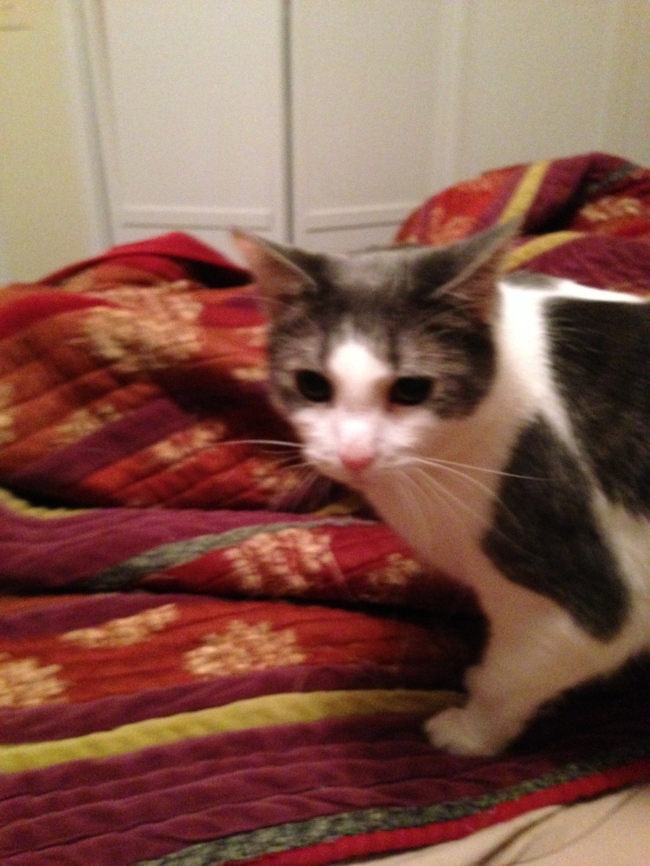 I reviewed the evidence against this creature. Uppermost of all the thoughts flashing through my mind were these:

Which reminded me of the other obvious suspect: 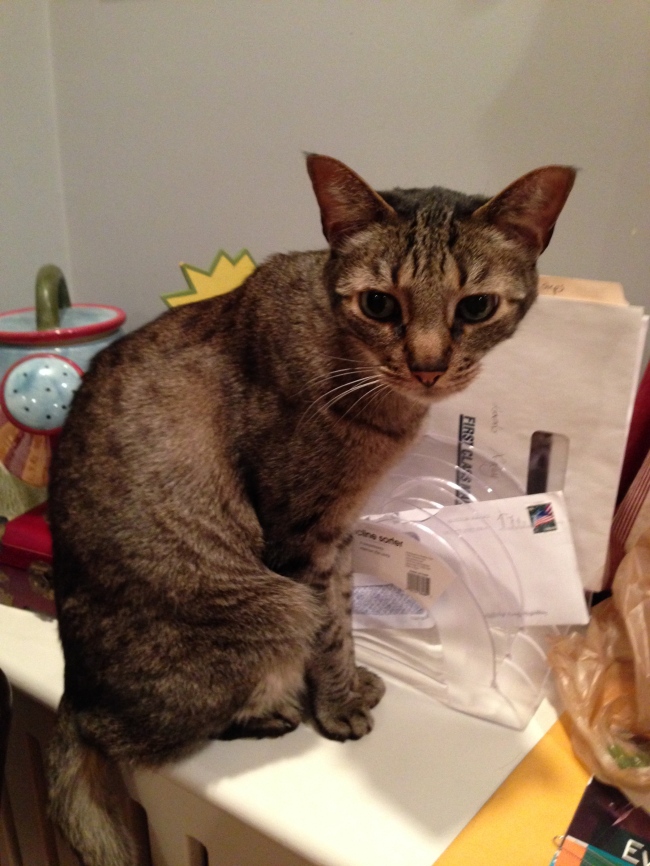 Again, the case against this graceful animal ran through my head:

That was all I could come up with, in the heat of the moment.  I wondered: Was my affection for this creature interfering in my dispassionate review of the evidence?

Of course not. Affection never sways my mind from the facts. Nevertheless, I could proceed no further with the investigation.

At the time of this writing, the results are inconclusive. I’m hoping, with future observation, to solve the crime. But, as we know, some mysteries are never solved2, even when we’ve narrowed the list of suspects.

For example, “Wicked Pisser” —  at the geographical location of the crime scene — can be the highest possible praise. In the local vernacular, it means Top Notch. Amazing. The Best.

My plan, over this long weekend, was to write a post about some high praise I’ve received, at different points in my life.

However, events can interfere with intentions. One must go with the flow.

And, sometimes, it’s good to keep your audience guessing.

Thanks to all the Sherlock Holmeses I’ve encountered, since age 10. Who else to thank? Elementary, my dear reader. You, for visiting today.

A final, unnumbered footnote: See the comment section, below, for postulations about a mysterious “<   p>” which appeared, at some point, in this post.

One more thing that feels missing, to me, from this post. Some background music: