So, here’s a list of Things That Won’t Kill Me (despite messages from primitive parts of my brain to the contrary):

(Note: I’ve linked everything on that list to a past post. Because I had so many choices and so little time,  I may have made some mistakes. However, see #6, above.)

Obviously, that’s a partial list. However, I need to stop the list. (Setting limits won’t kill me either, apparently.)

Now, you might argue that some of the things on that list MIGHT kill me.  Just to quell those disagreements (although disagreements are another thing that won’t kill me), let me change the title of the list to this:

Things That Won’t Kill Me, Today

Does anybody still want to argue?

Why am I adding that to the list, now? Because I have new and exciting proof of the non-deadly-ness of compliments; namely, all the positive feedback I’ve been getting here.

Also, by adding “compliments,” I can introduce some photos I took yesterday, on my walk after work, past a construction site I pass all the time. 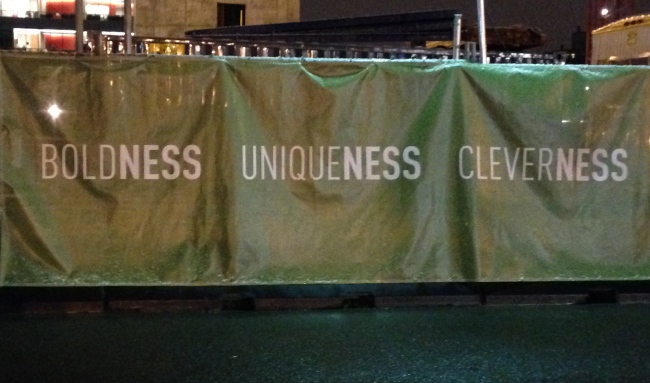 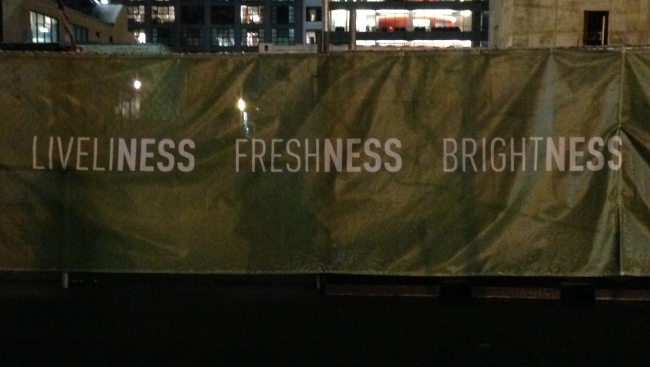 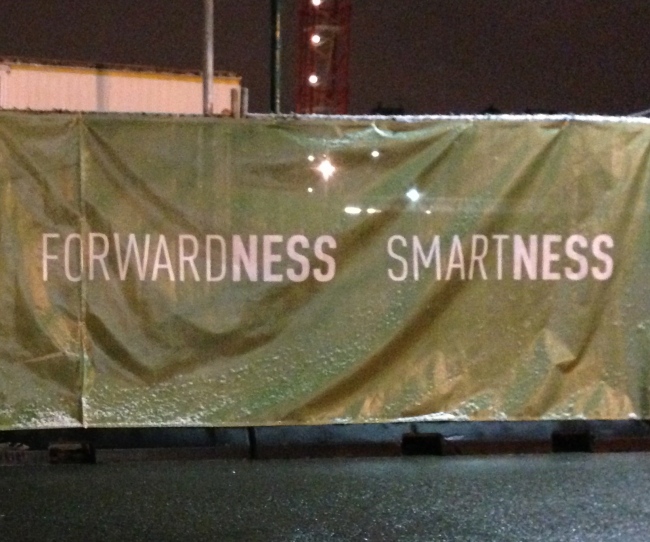 As I took those photos, I thought, “These words apply to a lot of people I know.”

Anybody want to own those for themselves, now?

After all, it won’t kill you.

Thanks to everybody who is still surviving (despite all the things that could kill us), including all of my wonderful readers today.